Given that the plot remained shrouded in mystery, some might wonder why movie-goers would brave a pandemic to see it. The answer to that lies largely in the director's mix of brainy, time-and-space-bending projects with big theatrical values, establishing him over the past two decades as one of those distinct directorial brands, a la Steven Spielberg or Martin Scorsese.At the center of Nolan's filmography sits his Batman trilogy, beginning with "Batman Begins" in 2005, followed by "The Dark Knight" — featuring Heath Ledger's riveting final performance as the Joker — and the concluding "The Dark Knight Rises" (easily the least satisfying of the three).Yet those movies reside within a filmography that remains consistently provocative, playing with narrative conventions. Nolan has also earned a reputation as a creative auteur by writing most of his films as well as directing them, sometimes working with his brother Jonathan, who wrote the story that inspired "Memento" and has collaborated with him on four other screenplays.That 2000 movie — the story of a man lacking short-term memory, seeking to unravel his wife's murder — established Nolan as a risk-taker, a quality he didn't shed even when he advanced to mainstream studio releases. Instead, he wedded those art-house sensibilities with blockbuster trappings.As Alissa Wilkinson wrote in a 2017 Vox essay about Nolan's work, the director has "managed to find a way to make big-budget movies that people want to talk about, dissect, and revisit after they've seen them," in part by taking established genres "and rethinking what they can do."In addition to Batman, there's an unrelated trio in Nolan's "in" box: "Insomnia," which brought a strange twist to the traditional manhunt thriller; "Inception," a trippy journey into the layers of consciousness; and "Interstellar," as astronauts travel through space — and wormholes — seeking to save humanity. 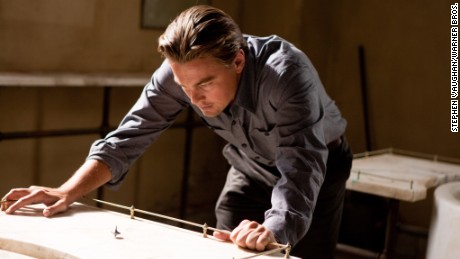 The nature of Nolan's films consistently attracts big-name stars — many of whom work with him over and over — which certainly doesn't hurt in marketing them.Nothing might better sum up what Nolan uniquely brings to movies than "Inception," which left audiences mesmerized by its action and debating the meaning of its final image. "The Prestige," however, is no less entertaining, focusing on the escalating can-you-top-this battle between two magicians, which doesn't involve playing by the rules.More conventionally, Nolan's last movie, "Dunkirk," stands as a taut World War II epic about the heroism displayed when British soldiers were stranded in the early days of the war, which made extraordinary use of the Imax fRead More – Source

Europe despairs as UK Brexit strategy goes off the rails

Staff changes made at ‘The Ellen DeGeneres Show’

Demi Lovato debuts ‘I Love Me’

Franklin ‘honoured like a Queen’ as she lies in state