So don't box in actors when it comes to what they can accomplish.Last week I interviewed David Duchovny about his new single, "Layin' on the Tracks."You may not have been aware that Duchovny, of "Californication" and "The X Files" fame, is also a singer and musician.But that's not all."You know, I also write prose," he said. "I write novels." Duchovny is not the only one whose work goes beyond his usual craft. Here are just a few Hollywood lights who have a lot going on: 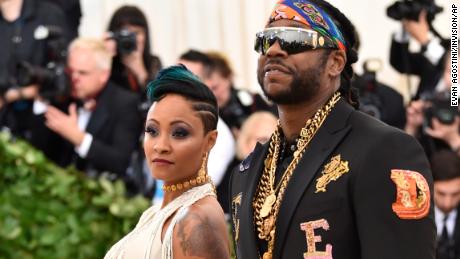 2 Chainz: The rapper may be better known for his musical bangers, but he's also a successful entrepreneur.Last year he appeared on an episode of fellow rapper Joe Budden's "Pull Up" show, where he discussed his portfolio. It includes a restaurant, a nightclub, a nail salon, cannabis and merchandising lines, as well as real estate investments."The new me — every time I buy like three chains, I buy a building," 2 Chainz said about his investing strategy. 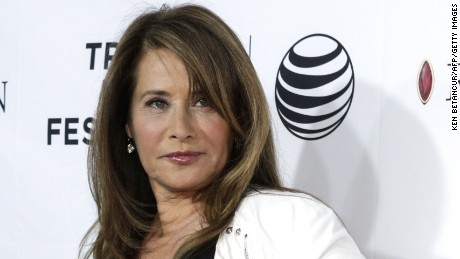 Lorraine Bracco: The former star of "The Sopranos" is getting into buildings too, but on a smaller scale.She snagged one of those houses in Italy for a mere euro. Now, HGTV has turned her Sicilian home project into a reality show, "My Big Italian Adventure," which follows her renovations. "I'm not a contractor. I'm not a decorator. I'm an actress," Bracco said in a statement. "I've never done this before. I have no idea what I'm really getting into! It's a lot of work, but everything is possible. I believe that. And for one euro, we'll see!"If Bracco's past pursuits are any indication, signs point to a likely success: Straight Up Brands acquired her Bracco Wines in 2006. 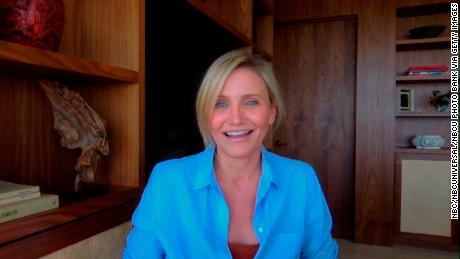 Cameron Diaz: Speaking of adult beverages, Diaz has joined the likes of Ryan Reynolds, George Clooney and Snoop Dogg as a celeb producing alcoholic drinks.She and entrepreneur Katherine Power have launched the Avaline brand of wines. The line is made with organic grapes and minimal additives — and it's vegan-friendly. 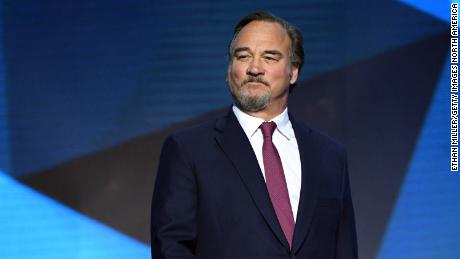 Jim Belushi: His legal cannabis farm in Oregon is just one aspect of a fast-growing industry that Belushi has committed himself to.He has said he believes that his actor brother, John Belushi, would still be alive had he been a "pot head." The elder Belushi brother died at 33 of a cocaine and heroin overdose at the Chateau Marmont in Los Angeles in 1982.Discovery turned the younger Belushi's business moves into a reality series, "Growing Belushi," which premiered in August. 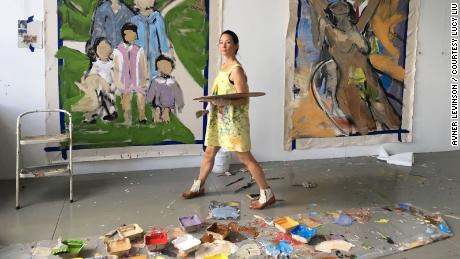 Lucy Liu: Known as an actress, director and philanthropist, the "Charlie's Angels" star is also a noted visual artist.She talked to Artsy last October about having her work shown at the National Museum of Singapore and discussed changing mediums from photography to painting."Everyone has a different format for how they want to reveal what they are thinking, or what they are seeing, to the audience," she said. "I just had to let go of the audience and just started thinking about what I wanted to see." Celebrities can be as multifaceted as the rest of us, it would seem. 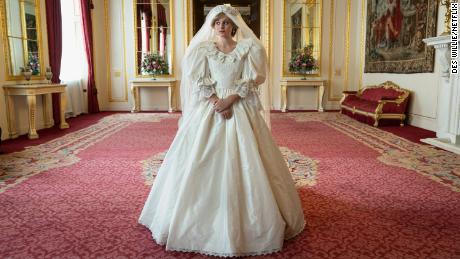 'The Crown' Season 4I have been rewatching all of the past episodes of "The Crown" to get ready for the new season, set to debut on Netflix Sunday.Season four will include the story line of the woman who would become Princess Diana, played by Emma Corrin. As a little girl, I woke up in the middle of the night to watch the wedding of Lady Diana Spencer and Prince Charles with my mom. So I can't wait to see how "The Crown" dramatizes their relationship.Former British Prime Minister Margaret Thatcher, played by Gillian Anderson, also arrives on the scene this season. 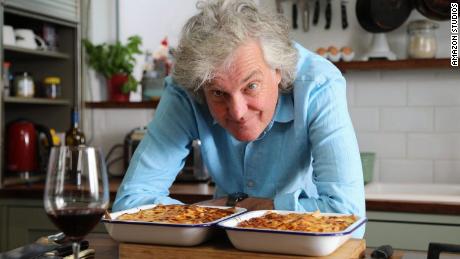 'James May: Oh Cook!'Plenty of us have been doing more cooking lately. And James May reminds us you don't have to be a chef to pull off a good meal.The journalist and "Top Gear" star said, "You don't need to be a brilliant cook to make delicious food.""Transporting us to the Far East, the Med, and the local pub — all from the comfort of a home economist's kitchen — he'll knock up delicious recipes that you can actually make yourself, with ingredients you can actually buy," according to Amazon Prime. "And all without the usual television cooking format trickery." Count me in."James May: Oh Cook!" starts streaming Friday on Amazon. 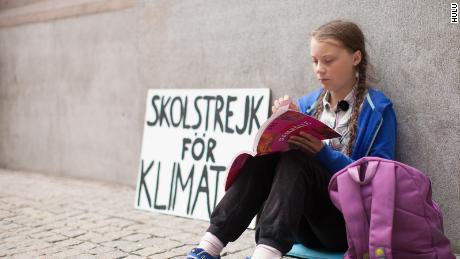 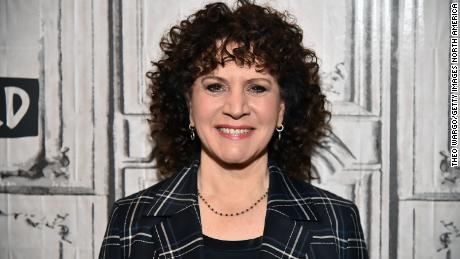 "Curb Your Enthusiasm"'s Susie Essman is starring in an Audible original that some can truly relate to these days.Comedian and writer Alison Stevenson created the 10-episode Audible series "Like Mother,"in which sheplays the daughter to Essman's role of mother. "Not unlike so many young people facing pandemic ruin, Alison's character loses her job and is forced to move back home and grapple with her mother's differing stance on Judaism, feminism, and dating with often well-meaning but misguided attempts to encourage her into a skinnier, more virtuous self," according to a press release. Oy vey."Like Mother" is currently available on Audible. 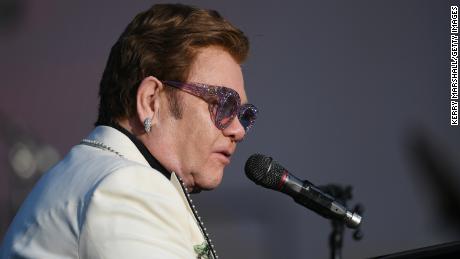 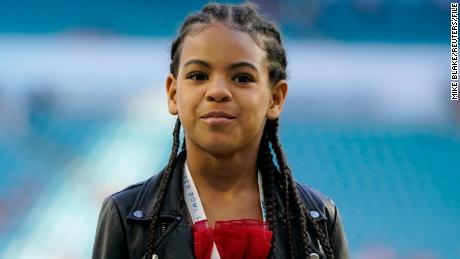 Blue Ivy Carter can make you feel like a major underachiever.The 8-year-old daughter of Beyoncé and Jay-Z has already won a BET Award for collaborating on her mother's single "Brown Skin Girl," and entered into a bidding war for some art.Now, she's added another notch to her pint-size belt as the narrator of the Audible version of the children's book "Hair Love" by Matthew A. Cherry.Clearly, ambition and hard work run in the family.

Something to sip on 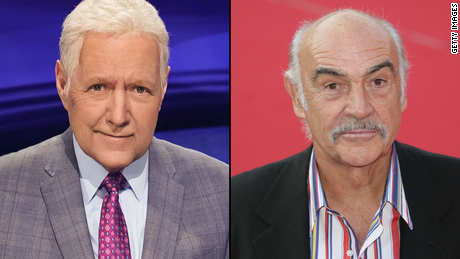 Thanks to "Saturday Night Live," Alex Trebek and Sean Connery will forever be connected.The late-night sketch show famously set up the pair in "Celebrity Jeopardy!" skits, in which Will Ferrell played a long-suffering Trebek to Darrell Hammond's taunting and cantankerous Connnery.Trebek told the New York Post in 2013 that he wasn't bothered by the satire."If they're spoofing you, poking fun at you or mentioning you it's because you're part of American pop culture, and that's a good thing, I think," he said. Now Trebek and Connery are sadly forever joined by death, as they passed eight days apart. It's strangely coincidental timing. Both announcements have been accompanied by an outpouring of grief for both men. Pop back here next Thursday for all the latest entertainment happenings that matter.

Logan Paul says f*** that to being a YouTuber for the rest of his...

Jurassic World animated series will have same terrifying bite of the...

admin - September 15, 2020
0
SINGAPORE – You might think that in a cartoon series in which beasts of awe-inspiring size are a key..

Jamie Dornan schools us in Northern Irish slang and frankly its...

admin - November 21, 2018
0
[embedded content] As if we couldnt love Jamie Dornan anymore, the Fifty Shades of Grey star has de..