"He loves being back to school and going to kindergarten at the same school his twin brother and sister go to," the family wrote Friday. "He gets out of the car every morning happy and blows kisses all the way in! He's a strong, happy boy. When his mommy asks him if she can look at his wound or asks how he's doing, he always responds with 'Mom, I'm healed, you don't need to ask me anymore.'"The boy, identified only as Landen, came home from the hospital in August with a limp, uneven legs from a broken femur and an open wound on the belly, the family wrote. Since then, he's undergone extensive physical therapy."He is now walking PERFECTLY with even legs AMEN," the family wrote. "The wound has finally scabbed over and new skin is growing, and we are still optimistic he will be off some of his medications soon."

Plan to kill an adult didn't 'work out'

The man who threw the boy was Emmanuel Aranda, 24, of Minneapolis. Aranda pleaded guilty in May to attempted premeditated first-degree murder. A judge sentenced him to 19 years in prison in June. 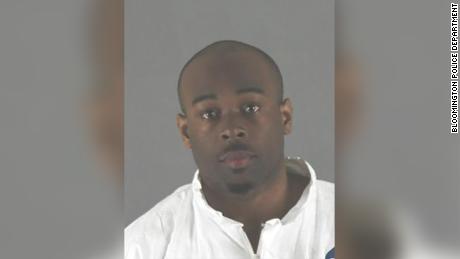 According to a criminal complaint, the boy and his mother were on the third-floor balcony at the mall April 12 when Aranda came up cRead More – Source

Cant afford to fly to space? Settle for smelling like it

Red Dead Redemption II review – the good, the fantastic, and the beautiful

Catholic Church in Bolivia calls for talks to end violence

Serena Williams husband pays tribute to my queen as they mark...

admin - January 6, 2019
0
A terrorist behind the attack on the USS Cole has been killed in an airstrike, Donald Trump has conf..