"Theres a risk in us going in this way and having our films and filmmakers treated disrespectfully at the festival," Sarandos said. "Theyve set the tone; I dont think it would be good for us to be there."

The French film market has an unusual set of existing regulations which make Netflix's presence at the Cannes festival – a major fixture in the film calendar – a little complicated.

Existing regulations stipulate that films which are released in French cinemas cannot be released on non-theatrical platforms – such as Netflix – for 36 months after their theatrical window.

As a result, Neflix's original films – like many independent films – previously entered the festival without distribution.

But unlike most independent films, Netflix was not in Cannes explicitly seeking distribution; that side of its business model is taken care of by a suite of market-tailored global streaming platforms.

Instead, Netflix goes to Cannes – as it goes to the Emmys, Golden Globes and the Oscars – looking for glory.

But following complaints from French filmmakers after Netflix's splashy arrival at last year's Cannes Film Festival, the festival's artistic director Thierry Fremaux flagged that the rules would be changed.

The festival will now require that any film in competition at Cannes have French theatrical distribution.

The net effect of the two regulations in tandem is that any film Netflix wants to place in competition at the Cannes Film Festival would have to be held back from subscribers to the French Netflix service for three years.

The ruling will also indirectly affect independent films which have previously competed at Cannes and secured theatrical distribution; they would also be barred from competition.

In a curious tilt against modernisation, the festival has also banned this year the taking of "selfies" on the Cannes red carpet.

Netflix had planned to take five films to the festival: Jeremy Saulnier's Hold the Dark, Paul Greengrass's Norway, Alfonso Cuarón's Roma, Orson Welless The Other Side of the Wind, and Morgan Neville's documentary They'll Love Me When I'm Dead, about Welles.

Sarandos told Variety today those rules were "completely contrary to the spirit of any film festival in the world."

Reaction to the news in Hollywood was mixed, with some analysts disapproving of the anti-modernist approach of the festival, and others noting that Netflix was, despite its proclaimed support for film art, simply another corporate giant carving out is space.

The issue is likely to be one which causes ongoing friction as Netflix makes its presence known in the film distribution business.

For the last few years the streaming giant's business has been driven for the most part by sinking billions of dollars into original television content, including programs such as House of Cards, Stranger Things and The Crown.

That strategy has effectively pushed it to the centre of the global television business, though its multi-territory, day-and-date programming strategy is disruptive to the older, vertical distribution model which most US studios use.

More recently Netflix has invested in film, releasing more than 100 original feature films on the platform and disrupting the existing model of theatrical distribution and exhibition.

Netflix is a particular threat to exhibitors – that is, cinema owners – who were among the most vocal complainants in France when the profile of the streaming giant in Cannes began to rise.

Sarandos confirmed to Variety that he would not be attending the festival in May.

The streaming platform would still be able to screen films at the festival "out of competition" but Sarandos said there would be little point as they had been explicitly singled out.

Michael Idato is a Senior Writer based in Los Angeles for The Sydney Morning Herald.

US Democrats expected to unveil articles of impeachment against Trump 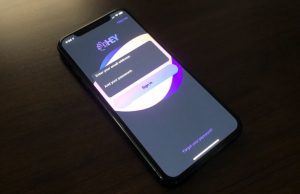 Why one email app went to war with Apple—and why neither...

DEAs New Rule Could Make It Harder For Opioids To Reach...

Charges against Jussie Smollett have been dropped, but Chicago’s mayor still...

Holly Willoughby splashes out on £19,000 flight home with butler and...