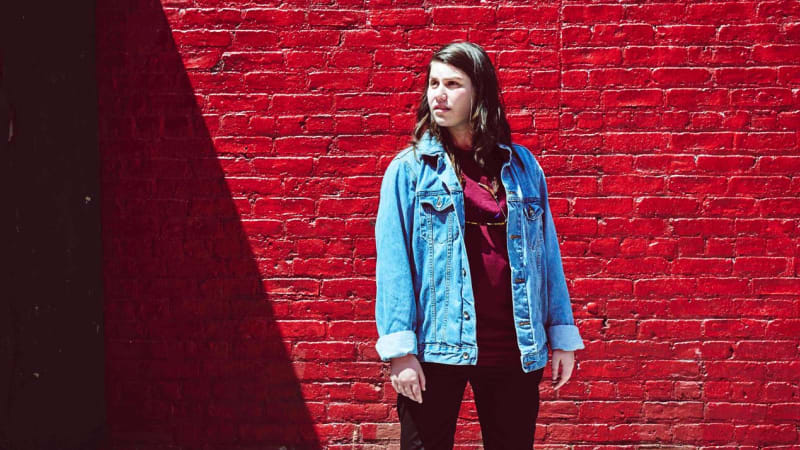 With just one album and an EP under her belt there aren't too many surprises, and the blitzkrieg bop of the title track from debut LP Love You Like a Brother gets things moving along, followed by the break-up tale of Awkward Exchange.

Lahey's lyrics never stray too far from the personal. She delivers lines such as "I need you to go but I want you to stay" with a humble good humour that her fans recognise and relate to – which also explains the huge response to Ivy League, in which Lahey cheerily lances herself and her audience with the chorus of "I went to a B-grade university and got myself an arts degree".

Midway through the set she reveals a "brand-new, as-yet unnamed song". Although it sounds remarkably like her other stuff it's still the one tune no one knows, and the energy level drops as a consequence.

Luckily, Lahey also does a nice line in drinking anthems for progressive 20-somethings, so things pick up again when she follows that new song with Let's Go Out and a cover of Avril Lavigne's Complicated. Later still, Every Day's the Weekend culminates in an ecstatic singalong of its "oh-oh-oh" chorus (a recurring feature in Lahey's songs).

It's the perfect soundtrack for a roomful of millennials primed to blow off some steam on a Friday night.

Goulard stops short of pledge to quit if under formal investigation

The Apple TV is getting 4K YouTube, and Macs are getting 4K HDR Netflix

Florida teen charged as “mastermind” in Twitter hack hitting Biden, Bezos, and others