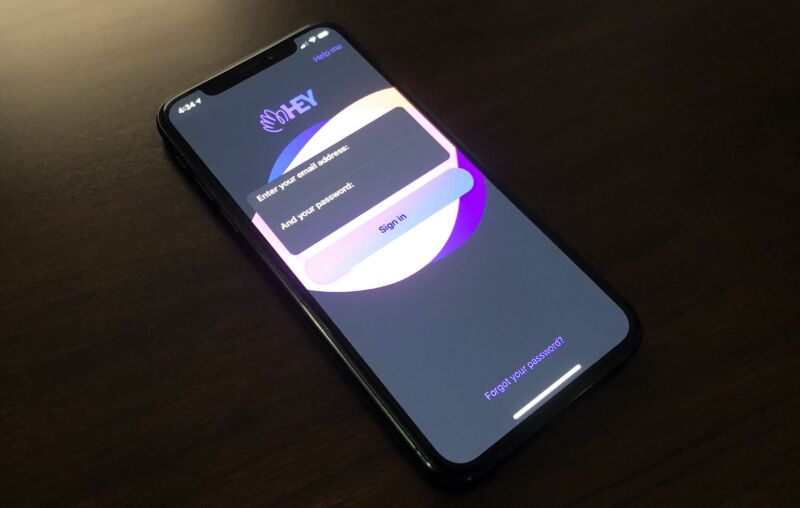 Basecamp CTO David Heinemeier Hansson launched a firestorm of public criticism of Apple after Apple rejected an update to Basecamp's new email app. Hansson's tweet thread and the ensuing controversy surfaced days before Apple's annual developer conference, and amidst news that the European Commission has opened an antitrust probe of Apple and the App Store.

The app in question is Hey, an email tool that eschews tradition to offer a better experience for a certain type of user. It requires users to pay a $99 annual subscription fee to access its features and services but offers a free trial period.

Hey's 1.0 version was approved for launch on the App Store just this week, but it came under scrutiny at Apple when Basecamp attempted to deliver a 1.0.1 update with bug fixes. As events unfolded, a call and email came from Apple that indicated Hey would have to take steps toward making its subscription available through Apple's own billing system and in-app-payments platform. Otherwise, the app would be delisted from the store.

According to Hansson, Apple told Basecamp that Hey violated rule 3.1.1 in the App Store's review guidelines. Here's the language Apple uses in those guidelines:

If you want to unlock features or functionality within your app, (by way of example: subscriptions, in-game currencies, game levels, access to premium content, or unlocking a full version), you must use in-app purchase. Apps may not use their own mechanisms to unlock content or functionality, such as license keys, augmented reality markers, QR codes, etc. Apps and their metadata may not include buttons, external links, or other calls to action that direct customers to purchasing mechanisms other than in-app purchase.

But at first glance, Hey doesn't break that rule. It does not allow users to subscribe within the app. Instead, users must go to Hey's website to sign up through Basecamp's own billing—as is the case for many other popular apps like Spotify or Netflix. As per Apple's guidelines, Hey does not have a link or call-to-action directing users to said website.

This was understandably a source of confusion for the Hey team. Also confusing: the fact that the 1.0.1 update was rejected but not the 1.0 version, even though the update did not change anything related to this issue.

Though the tweet started the conversation, much of the meat is in a follow-up article by David Pierce in Protocol, which contains or references statements from both Hansson and Apple. That report fleshes out the details; it appears Apple is also holding Hey to a set of rules that are not included in the public guidelines.

Here's one of Pierce's key points:

Apple told me that its actual mistake was approving the app in the first place, when it didn't conform to its guidelines. Apple allows these kinds of client apps—where you can't sign up, only sign in—for business services but not consumer products. That's why Basecamp, which companies typically pay for, is allowed on the App Store when Hey, which users pay for, isn't.

One other distinction: Apple allows “Reader” apps — things like Netflix and Kindle and Dropbox, where youre using the app to access existing subscriptions — as long as they dont offer a way to sign up. But email, messaging, etc. dont count as Reader apps.

Many members of the development community have responded to these revelations with outrage, because these distinctions are not stated or clarified in Apple's App Store review guidelines. Plus, there are numerous examples of apps that defy classification or simply don't seem to follow these rules, leaving commentators to ask what the difference really is between say, Dropbox (which doesn't appear to have this problem) and Hey (which does).

The outrage also stems from a strongly held and often voiced belief that Apple's 15 to 30 percent cut of subscriptions revenue gained through its payment system is not justified. For his part, Hansson made it clear Basecamp doesn't intend to just make the changes Apple has requested. Quoted in The Protocol, he says:

There is never in a million years a way that I am paying Apple a third of our revenues. That is obscene, and it's criminal, and I will spend every dollar that we have or ever make to burn this down until we get to somewhere better.

Apple has not yet released any additional statements, but it seems this conflict is not yet over.

Opinion: Is the “Apple tax” justified?

In his tweet thread, Hansson repeatedly compared Apple to the mob and gangsters, even though Apple has not yet been found to be breaking the law. While various players like Spotify have opened complaints, those complaints haven't been resolved, and there have been no decisive conclusions that what Apple is doing is, in fact, illegal in Europe, the United States, or most other regions.

It's difficult to make the case that Apple is a monopoly, because it does have competition, and it holds a minority market share—by an enormous margin—against its main competitor. But the winds of the legality question could shift, pending the results of the EU complaints and investigation.

Developers have long complained about the "Apple tax"—that revenue cut the company takes from apps in its App Store. To that point, Hansson is quoted in The Verge comparing Apple's cut unfavorably with those of credit card companies that handle billing for transactions like this:

Why is it that credit card processing fees hover in the 1.8-2.8% range, while Apples App Store have sat steady at 30% on the high end? Because theres no competition! And they have a monopoly grip!

Credit cards, he argues, offer such low fees because they live in a world of fierce competition—never mind the fact that credit cards are largely fungible. And there are more reasons for this difference besides competition. Credit card companies do not offer nearly the breadth of services and support to businesses that Apple does. It's not just about payment infrastructure.

Apple provides resources and support to developers, including a wide range of APIs and software tools, that are critical to developing iOS and iPadOS apps. It is not possible to create the apps without them. Apple operates a vast editorial operation to curate and highlight apps, which many developers I have spoken with say is vital for discoverability and success on the platform. Apple spends a fortune on the research and development of hardware that developers use, like cameras, CPUs, machine-learning processors, GPUs, and more. And yes, it operates a payments system.

Apple's defense of its revenue share, when it has offered one, is similar to the defense of corporate taxes by a national government, which most people support: the earnings of a business are only possible because of the government's support and diligence in providing security, regulations, multiple forms of basic infrastructure, and so on, so it is reasonable for that business to pay a significant sum in taxes.

That's what Apple offers to developers. It's also worth considering the investment that went into the platform to begin with.

Apple has built a platform primarily patronized by high-income individuals. Apple spends sums of money that are unfathomable to most app developers to market its devices to get them into those desirable users' hands. That's cash that developers didn't have to spend.

The company also offers a number of promises to its users, including a commitment to privacy, an App Store that purports to maintain a minimum level of quality for apps, curation to remove offensive apps and ensure the store is family friendly and culturally appropriate for each region, and ease of use thanks to services like Apple Pay, Sign In with Apple, and easy in-app purchases.

It has made these promises central in those expensive marketing campaigns. Many users pick the iOS platform because of one or more of these promises, and developers know that when they seek to address the specific audience Apple has developed.

As I've argued at length before, the main differentiator between iOS and Android is not hardware, features, or design. It's these very policies, and most iPhone buyers know what they're getting into when they make the purchase.

Hansson argues that Apple should give his team's app access to the users who have chosen Apple products and whom Apple has spent a fortune to acquire—but he also argues that Apple should not require the app to pay up for Apple's contribution or to follow the rules that may have attracted users to the platform to begin with. Whether or not those rules are arbitrary or capricious doesn't really figure into this part of the equation. This is the price of entry.

Contrary to popular mythology, the underdog isn't always the hero; sometimes the underdog is just wrong. Apple is within its rights to define the cost of joining the lucrative platform that it built with its blood, sweat, tears, ingenuity, and dollars—especially as it offers powerful tools and services to developers to help them leverage those things.

But this is not simply a defense of Apple at Basecamp's expense. The sRead More – Source

Trump administration “looking into” ban on TikTok, other Chinese apps

So Will Smith and Jada Pinkett arent really married after all

Beverly Hills to ban the sale of nearly all tobacco products

admin - April 17, 2018
0
Cambridge Analyticas acting CEO Alex Tayler has named a new chief executive to take over as he steps..