A Department of Veteran Affairs (VA) whistleblower said she is living in her own real-life Twilight Zone.

Jamie Fox is currently a social worker at the San Francisco VA Medical Center (SFVAMC). Since late October, shes been visited by federal agents who told her that the memes she had shared on Twitter months ago suddenly made her dangerous.

Fox was involuntarily committed to a psych ward hours after these agents visited her home. Even though she has since been released, her Second Amendment rights have been terminated, and now she is on leave from work and being investigated.

“I feel violated,” Fox said of the entire affair. “[The VA] know[s] my vulnerabilities, and they use them against me.”

DENVER, CO – NOVEMBER 03: Homeless U.S. military veterans stand in line for free services at a “Stand Down” event hosted by the Department of Veterans Affairs on November 3, 2011 in Denver, Colorado. A week ahead of Veterans Day, more than 500 homeless veterans were expected to attend the event, where they received free medical care, winter clothing, employment assistance and were able to see a judge to resolve legal issues. (Photo by John Moore/Getty Images)

Fox served in the Navy from 1988–1993; as such, she receives healthcare at the SFVAMC, where she currently works.

Fox said she first became a VA whistleblower in 2008 when she insisted on testifying on behalf of a co-worker she thought was being harassed because of sexual orientation.

She insisted on moving forward even after being told by multiple managers to let it go.

Fox said she worked on the benefits side of the VA at the time; she left in lieu of termination and had to wait two years before getting a job at the SFVAMC.

The legal proceedings, according to Fox, did not end until 2013.

Fox said her problems began again when she noticed her C-File — a folder created by VA that contains all relevant information on a veteran — could be accessed without authorization. In Foxs case, it included her psychologists notes and other sensitive, personal information.

As Fox kept digging, she learned something even more frightening. “In learning how my former coworkers and managers have continued access to my private and protect information, I learned that the VA computer system called [the Veterans Benefit Management System] VBMS is not secure,” she said.

The VA cannot keep certain people out of certain peoples files. My former managers and coworkers can pull up all of my records from military, work, medical, etcetera from a laptop in their home and show anyone they want my information. None of my conversations with my doctors are private, including my therapy records.

The VBMS “is the computer system which the VA uses to process VA claims,” Fox explained. “Its a [Veteran Benefits Administration] VBA system.”

Fox said that employees can access sensitive data from her and other patient files with impunity.

Fox said after months of trying she has still not been given a full accounting of who accessed her C-File. 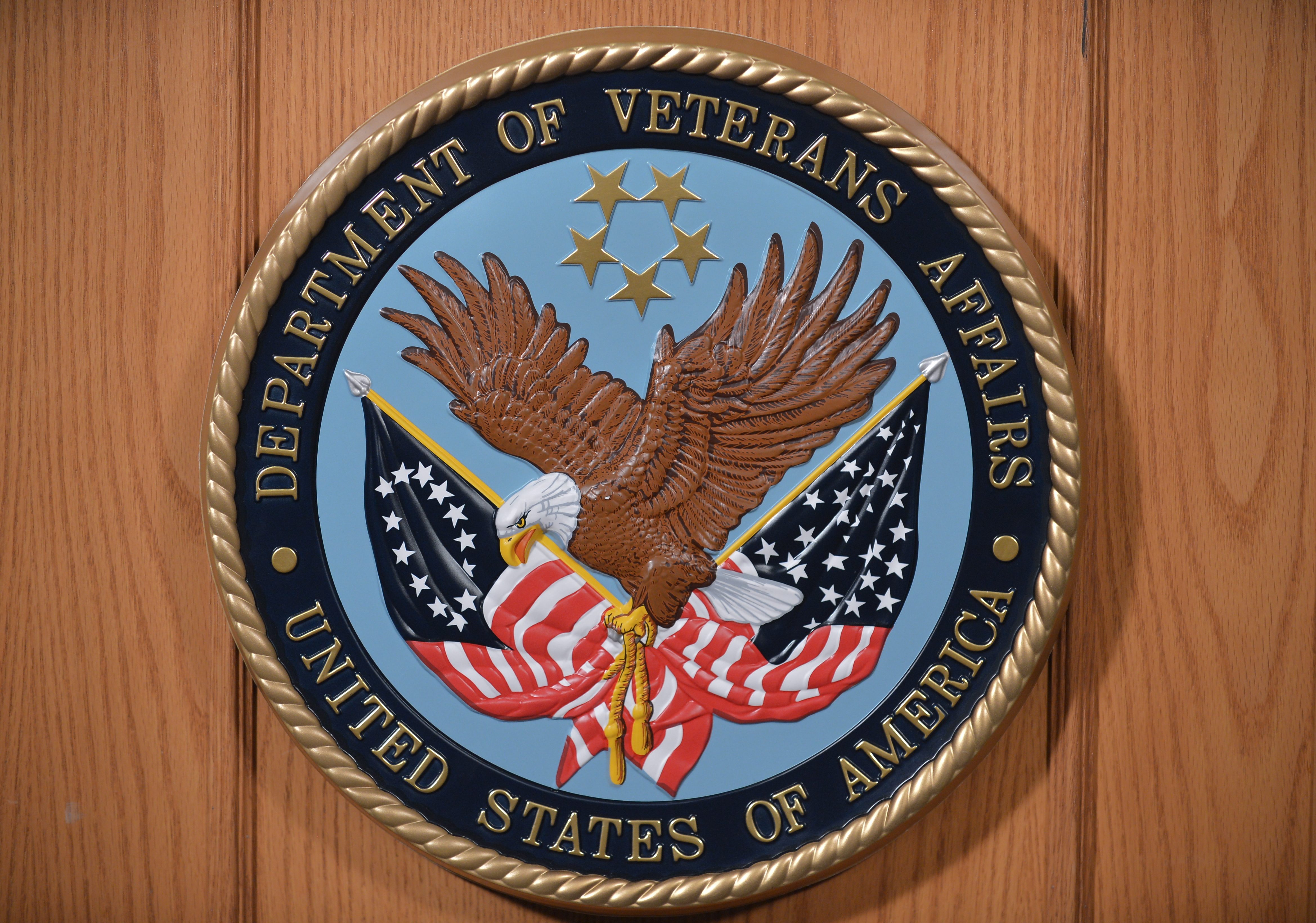 Fox said that she went everywhere for help, repeatedly hitting brick walls with the intransigent bureaucracy.

“Not only do I have documentary evidence that these people violated laws, including the most recent Whistleblower protection law forbidding coworkers and managers from accessing employees private information — I also have a lot of communication with various people including current and former VA leadership regarding all of my fears and pleas for help,” Fox said in the same statement.

Fox continued, “Since July 2017 I have been trying to get help from many people including VA leadership, Office of the Special Council, Office of the Inspector General, Office of Accountability and Whistleblower Protection Act, senators, U.S. Representatives, privacy officers, non-profit veterans groups and more.”

Frustrated with the process, Fox developed memes based on the Matrix with hopes of turning said memes into a comic book based on her experiences.

She tweeted the memes out starting in March 2018 and continued until May 2018.

In the afternoon of Oct. 24, 2018, Fox said she was visited by three men — two of whom claimed to be with the Federal Bureau of Investigation, while the third — who gave her his card — was Lucas Coulter, a VA Criminal Investigator.

The three, Fox said, insisted she remove the memes from Twitter.

Fox remembers them saying, “You have no First Amendment right.”

An argument ensued and Fox, who suffers from post-traumatic stress disorder, suffered a panic attack and went into the bedroom to regain her composure. The interaction ended with Fox agreeing to remove the memes.

Coulter did not respond to an email for comment. A separate email to Samantha Shero, a spokeswoman with the FBI, was also left unreturned.

Approximately an hour and a half later, an office with the Windsor (California) Police Department showed up at Foxs home; by this point, shed gone to work, and her husband answered.

She rushed back home and was told she must accompany the police officer who was executing a 5150 hold — a portion of the California code that allows the state or other designated enforcement officers to involuntarily commit someone for up to 72 hours.

A representative of the Windsor Police Department said because this case involved a 5150 hold, state law forbade them from commenting due to privacy issues. 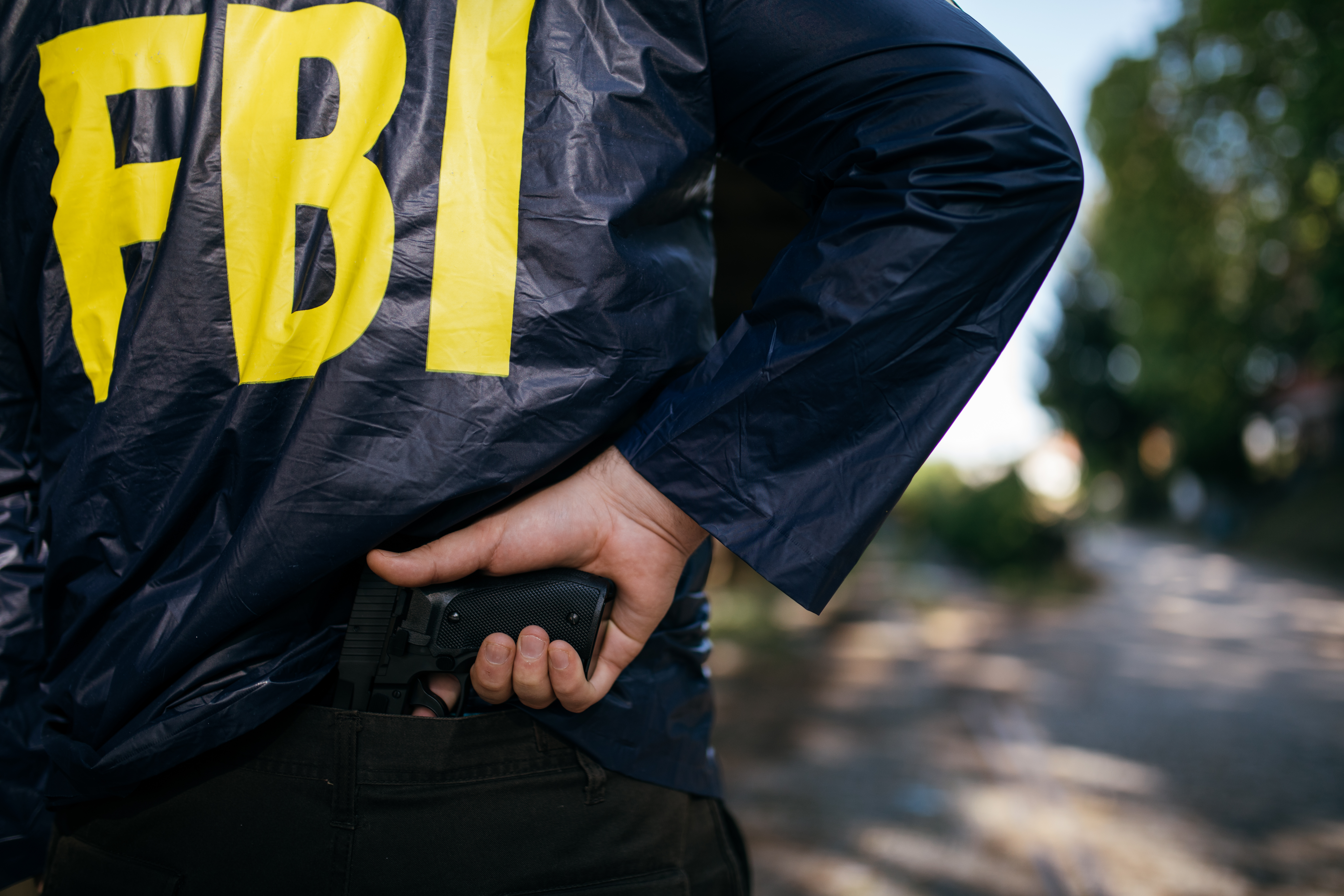 Cropped photo of FBI agent in action with a pistol, rear view/ Shutterstock, by Dzelat

Fox said she was first transported to the Sonoma County Crisis Stabilization Unit, where she quickly learned that the FBI had phoned in for help, claiming they needed to draw their weapons. (RELATED: FBI Raids Home Of Whistleblower On Clinton Foundation, Lawyer Says)

A document prepared by the Sonoma County Stabilization Unit states:

FBI showed up at clients home today about postings she made on social media. During FBIs visit, client describes having a panic attack. She says she began to hyperventilate and began to scream at the officers. She then ran into another room. FBI drew their weapons but backed out of home and called for Sheriffs assistance.

An email and voicemail to Rohish Lal, public information analyst for the Sonoma County Behavioral Health Department, was left unreturned.

Fox said she spent the next day locked up by Sonoma County before being transported by gurney in an ambulance to the David Grant Medical Center on the Travis Air Force Base.

Once again, she was told that she was being involuntarily committed because the FBI had to draw their weapons.

“She was placed on a 5150 but says she was never told why she was placed on the hold. When later told that the 5150 mentioned the FBI potentially using deadly force, she denied this ever happened,” the Sonoma County statement continues.

Fox said she was only detained for approximately 40 hours because patients are only released Monday through Friday at the David Grant Medical Center and Oct. 26 was a Friday.

A voicemail left with the Travis Air Force Base was left unreturned.

Before being allowed to leave, she had to sign a form waiving her Second Amendment rights:

Please be advised that, as a result of being taken into custody, assessed and admitted to a mental facility pursuant to the Welfare and Institutions Code 5150, 5151, and 5152, as a danger to self or others, you are prohibited from owning, possessing, controlling, receiving, or purchasing any firearm, ammunition, or firearm magazine for a period of five years from discharge.

An email sent to the California Department of Justice Bureau of Firearms, which wrote the letter, was also left unreturned.

Then, in a letter dated Nov. 30, 2018, Fox was told she will be placed on leave pending an investigation and would not be allowed on the premises of the SFVAMC without permission.

Effective Monday, December 3, 2018, you will be placed on Administrative Leave pending an investigation. Until further notice, you are also prohibited from entering any SF VA Health Care System (SFVAHCS) grounds or buildings, including the Santa Rosa Clinic and any other CBOCs. If your medical care is provided by the SFVAHCS, you must check in with SFVAHCS Police Service before going to your medical appointments.

Damien McGee, the deputy director of the Los Angeles VA Regional Office of Public Affairs, issued the statement: “VA takes seriously all threats against employees, and in this situation, the department is taking appropriate action to ensure the safety of all parties … Due to ongoing investigations by federal entities, we cannot comment further at this time.”

Borderlands 3 characters and skill trees – everything you need to know to start...

Suspected serial killer’s alleged victims were all women in their 50s,...