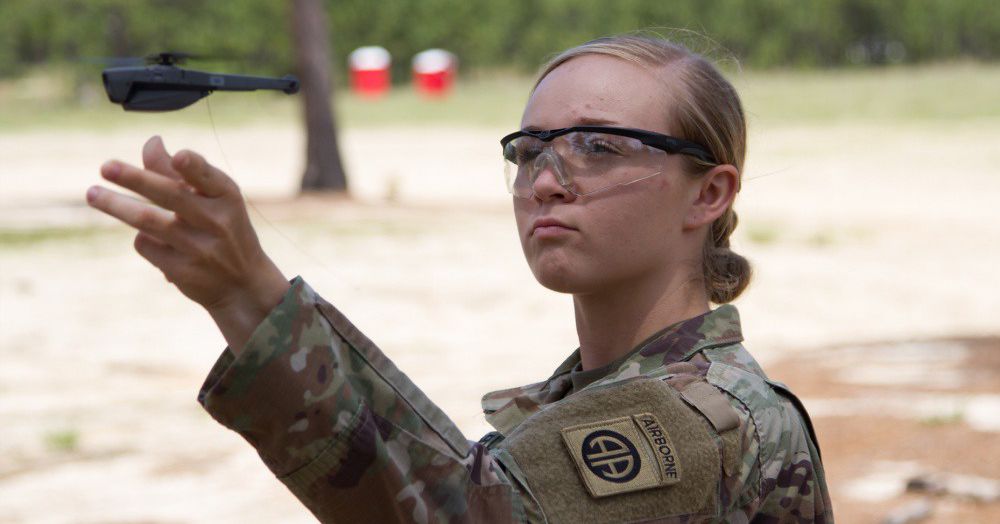 The US Army will soon be equipping some units in the field with tiny personal drones, reports Stars & Stripes. The 1st Battalion of the 82nd Airborne Divisions 508th Parachute Infantry Regiment will begin using the devices next month in Afghanistan as the military works to figure out the best way to use them.

FLIR Systems has been testing the Black Hornet Personal Reconnaissance System with a variety of units — the US Army began testing the drone back in 2016 and 2017, and the company picked up a trio of big contracts with the American, British, and French militaries this year. At the end of April, the 82nd Airbornes 3rd Combat Brigade began training with the drones, playing out a variety of scenarios in which the devices could be used. According to Army Technology, the drones are designed to “assist dismounted soldiers deployed on the battlefield,” essentially allowing them to scout out nearby terrain and look for enemy soldiers that they might not be able to see otherwise. The company also recently launched a larger version for use for vehicles, like tanks.

Jeffree Star shades makeup brands as he insists he will never...

admin - December 6, 2018
0
02 says it is investigating with high priority after users have been reporting that data services on..