President Trump used old clips of Democrat leaders sharing their past — and somewhat surprising — ideas about immigration in a recent video released in favor of border security.

“The Democrats are absolute hypocrites. All along, theyve been supporting walls,” Trump began in the video, speaking from the White House Rose Garden. The video then cuts to clips of Democratic leaders Hillary Clinton, Barack Obama and Chuck Schumer talking tough on immigration. 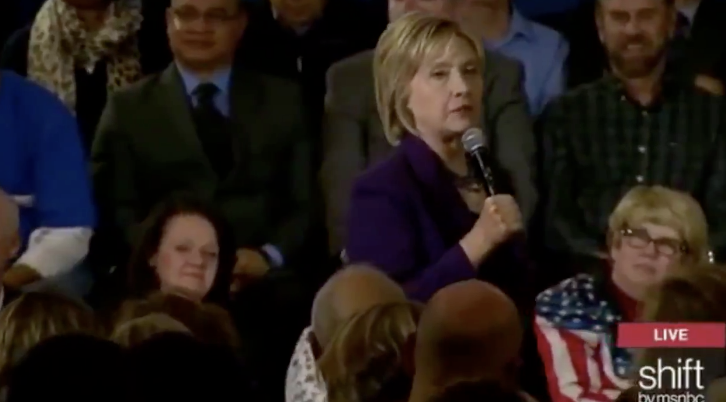 Hillary Clintons clip shows her bragging about voting in favor of funding “a barrier to try and prevent illegal immigrants from coming in.”

Lets not do a shutdown, Democrats – do whats right for the American People! pic.twitter.com/bZg07ZKQqo

Trump continued his narrative after the clips, saying, “They only dont want to [build the wall] because of me.”

Trump promised the viewers that he will do “whatever it takes” to get a border wall. “Whatever it takes to get border security I will do it,” Trump said.(Related: Trump Says Im Proud To Shut Down Government To Schumer, Pelosi)

Earlier this week, Trump got into a contentious battle with congressional leaders over the border wall funding. Trump threatened to shut the government down over the funding multiple times.

Weather doesn’t look good for many this holiday weekend

Man who killed his family gets three life sentences

The irony of the Warner family paparazzi window smash incident

Youve heard of invasive ants, but what about kidnapper ants?

Fighting to keep a Confederate statue out of her community

admin - June 23, 2020
0
Now 65, she remembered seeing crosses burning in the distance and drinking from a water fountain wit..