An estimated 77 million Americans have a debt that has been transferred to a private collection agency. Thousands have ended up in jail over debts as small as $28, with African-Americans and Hispanics the most affected.

The findings come from a new report by the American Civil Liberties Union (ACLU) spanning 26 states and Puerto Rico, published on Wednesday. The practice violates many US state and federal laws, which prohibit the jailing of debtors.

In one case cited in the report, a disabled woman who wears a prosthetic leg was shackled by her waist and feet by two armed US marshals before being put in jail overnight.

“They had a warrant for my arrest and I asked them for what, he didn’t say what it was for. He said, ‘He’ll tell you later,’” said Tracie Mozie of Dickinson, Texas.

Law enforcement officials had entered Mozie's bedroom to arrest her over a $1,500 federal student loan she took out in 1986 to pay for truck-driving school. The loan had mushroomed to $13,000 with interest and fees. Monzie was unable to pay because she is unemployed and lives on disability benefits.

The ACLU examined more than 1,000 cases in which civil court judges issued arrest warrants for debtors. In some instances the amounts were as small as $28. Letters were sent over bounced checks as low as $2, the ACLU found.

Following their arrest, debtors may remain in jail for several days until they can pay the bail. In some cases, the ACLU found some people were locked up for as long as two weeks. 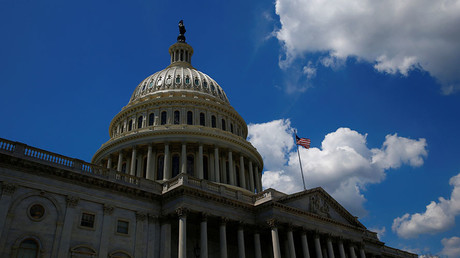 This practice violates the many state and federal laws as well as international human rights standards that prohibit the jailing of debtors.

The report finds that the long-term consequences of arrests for both courts and people can be profound and scarring. Arrest warrants can be entered into background check databases which mean they can jeopardize future employment, housing applications, education, and access to security clearances.

While debtors’ prisons were outlawed by Congress almost two hundred years ago, in reality the practice seems to live on.

Is 5G safe for your health?

Reinvention in the Rust Belt

US-N Korea talk: what you need to know

admin - March 21, 2018
0
Envoys have been flying between Asia, the US and Europe, holding talks from Stockholm to San Francis..

The woman trying to drive Turkey’s Erdogan from office

admin - October 20, 2020
0
A version of this story first appeared in CNN Business' Before the Bell newsletter. Not a subsc..