More than 215 million people are grappling with bone-chilling weather Wednesday as an Arctic blast grips the eastern two-thirds of the US. "Freeze warnings continue into the Deep South, with freezing temperatures in Florida this morning," CNN meteorologist Dave Hennen said. The deep freeze is wreaking havoc on travel and has contributed to at least five deaths. But there's a shred of good news: After another frigid night Wednesday, temperatures will get closer to normal Thursday.

Officials have linked at least 5 deaths to the cold

Treacherous weather likely contributed to fatal crashes in at least two states, authorities said, with more dangerous conditions to come. In Ohio, a 16-car pileup during a heavy snowfall Tuesday killed a 21-year-old woman, the Ohio State Highway Patrol said. Several other people were hospitalized after the massive crash.And in Michigan, three people were killed in a crash Monday during "very poor road conditions," the Eaton County Sheriff's Office said. 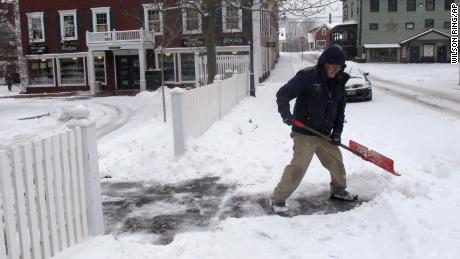 In Chicago, an 80-year-old man died as a result of cardiovascular disease, with cold exposure as a contributing factor, the Cook County Medical Examiner's Office said. The brutal weather has also grounded flights and left passengers stranded. More than 410 US flights were canceled for Tuesday and Wednesday, according to FlightAware.com.

"Hundreds of cold temperature records have been set over the last few days, including some dating back over a century to 1911," Hennen said. More could be shattered Wednesday in the central and eastern US, Read More – Source

MediEvil getting full PS4 remake, trailer due next week

admin - May 21, 2018
0
Cambridge Analytica, the company at the centre of the Facebook storm over privacy, has filed for vol..

admin - June 7, 2019
0
In its complaint, the government demanded a jury trial that would put front and center the actions o..