Today, there are more than 2,300 plants and animals with protected status in the US and abroad, with the Louisiana pine snake becoming the most recent addition in May.But last week, President Trump's Interior Department proposed big changes to the ESA, part of the administration's sweeping rollback of what some view as burdensome regulatory red tape.The changes could end the practice of automatically providing future "threatened" species with the same protections endangered species receive, with new protections for threatened plants and animals instead determined by "the species' individual conservation needs."And if implemented, the proposed changes would also allow officials to consider the economic impact of protecting a species when enforcing the ESA.Republican lawmakers have aimed to curb the reach of the ESA for years, claiming it hurts businesses, especially mining, drilling and logging. But in the four decades-plus since it was enacted, the law has kept dozens of iconic species from being wiped off the face of the Earth.Here's a look at 10 animals that might not be here today without the Endangered Species Act.

Current status: Removed from the threatened and endangered species list in 2007Estimated population: 70,000 including Alaska and CanadaFound in: The lower 48 states, Alaska and CanadaThe bald eagle has been the US' national symbol since 1782, but only an estimated 480 nesting pairs remained in the 1960s, decimated by illegal hunting and poisoning from the insecticide DDT. In 1978, bald eagles were classified as endangered throughout their range. But thanks to the banning of DDT and the birds' protected status, there are now an estimated 70,000 bald eagles in North America. 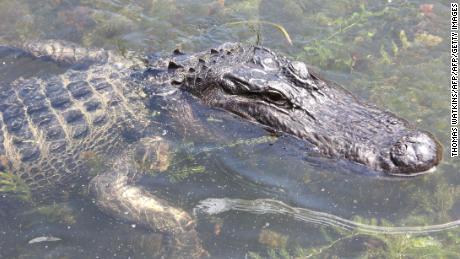 Current status: Threatened due to "similarity of appearance" to other rare speciesEstimated population: 5 millionFound in: Coastal areas of the southeastern USThese close relatives of the dinosaurs were nearly hunted to extinction before they received protection in 1967 under the precursor to the ESA. This, combined with broad trade regulations placed on alligator products, allowed populations to rebound, and in 1979 they were downgraded from "endangered" to "threatened."Today, despite facing habitat loss, alligators are common in coastal wetlands from Texas to North Carolina, and regularly appear in viral videos when they interrupt unsuspecting golfers. 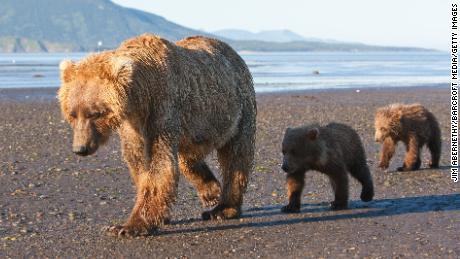 Current status: Threatened, except in certain parts of their rangeEstimated population: 1,800 in the lower 48 states; ~ 31,000 in Alaska, plus thousands more in CanadaFound in: Isolated parts of the American West, Alaska and CanadaGrizzly bears were first classified as "threatened" in 1975, when just 800 to 1,000 were thought to be left in the lower 48 states in a few isolated territories.Since then, the grizzly population has rebounded to an estimated 1,800 bears, in addition to the thousands that roam Alaska and parts of Canada. In 2017, the US Fish and Wildlife Service made the controversial decision to delist grizzlies living in Yellowstone National Park, where the bear population has grown from just 136 animals in 1975 to an estimated 700 today. 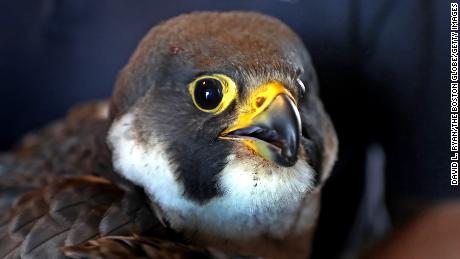 Current status: Removed from the threatened and endangered species list in 1999Estimated population: 2,000 to 3,000 breeding pairs in the US, Canada and MexicoFound in: Primarily mountains, river valleys and coastlines across the USLike the bald eagle, the American peregrine falcon was nearly wiped out by DDT exposure until the insecticide was banned in 1972. In 1975, only 324 nesting pairs remained.One of the fastest birds on Earth — capable of reaching speeds of near 200 miles per hour — American peregrine falcons have made an equally amazing comeback, with the birds now found across huge swaths of the US. 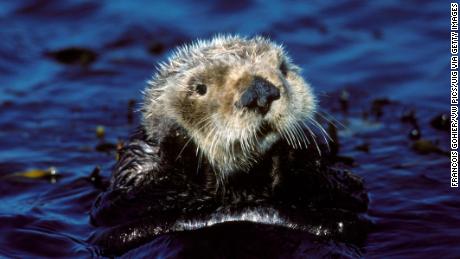 Current status: ThreatenedEstimated population: 2,800Found in: Coastal areas of southern and central CaliforniaHunted for their pelts, southern sea otters were nearly driven to extinction in the early 20th century, when only around 50 sea otters remained.Though the otter population has rebounded since then, human activity — from oil spills to fishing nets — still poses a major threat. 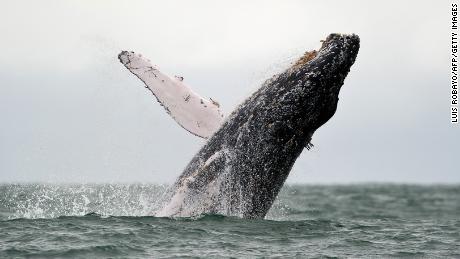 Current status: Endangered in certain parts of their rangeEstimated population: 22,000 in the North Pacific and 11,000 in the Western North Atlantic, plus thousands more around the globeFound in: Nearly all oceans Decades of commercial whaling decimated humpback populations around the globe, driving the population in the North Pacific from a high of 125,000 to just 1,200 in the 1960s.Humpbacks were first classified as endangered in the 1970s and still carry those protections today, despite making a remarkable resurgence.Despite their comeback, the outlook for humpbacks remains cloudy as climate change takes a toll on their primary food source — the tiny, shrimp-like creatures known as krill. 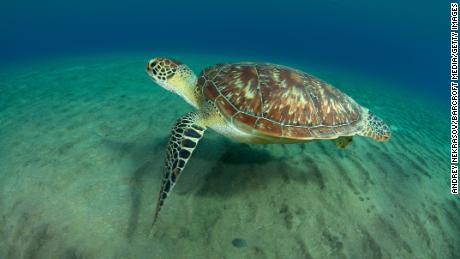 Current status: Endangered or threatened in all parts of their rangeEstimated population: Less than 200,000 globallyFound in: Tropical and subtropical oceans around the worldGreen sea turtle populations have plummeted approximately 90% in the past half century, but protection under the ESA and other international laws have helped some nesting populations in Hawaii, Florida and elsewhere rebound.The survival of sea turtles worldwide remains uncertain due to a host of threats from humans — from light pollution in nesting zones that confuses hatchlings, to climate change and habitat loss. 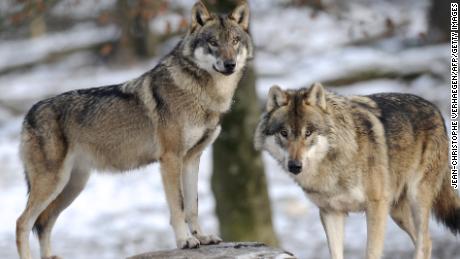 Current status: Endangered in most of the USEstimated population: Between7,000 and 11,000 in Alaska, 3,700 in the Great Lakes region and 1,700 in the northern RockiesFound in: Alaska, the Great Lakes, the northern Rockies, the Pacific Northwest and CanadaThey once prowled a northern range from coast to coast, but gray wolves were nearly driven to extinction in the lower 48 states due to declines in their prey populations and frequent conflict with farmers and ranchers, whose livestock are an easy target for hungry wolves.Today, their populations in the Great Lakes and Rocky Mountains have climbed back. But some states, like Wyoming, have successfully sued to have the wolves delisted, and some hunting of the animals has resumed. 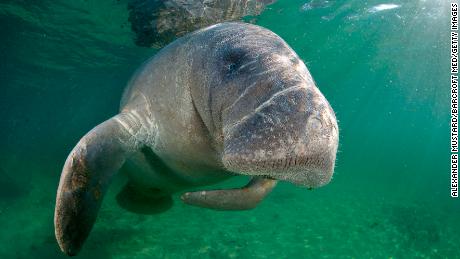 Current status: ThreatenedEstimated population: 6,300 in Florida, plus small populations elsewhere in the Southeast USFound in: Floridaand parts of the Southeast USThese beloved, slow-moving "sea cows" stick close to coastlines and the mouths of rivers, which resulted in many deaths from contact with boats and other human activities.But manatees in Florida have rebounded due to their protected status and boating restrictions in their habitats, with their numbers increasing from a low of just a few hundred in the 1970s to more than 6,000 today.In a move that angered many environmental groups, manatees were downgraded from "endangered" to "threatened" just last year. 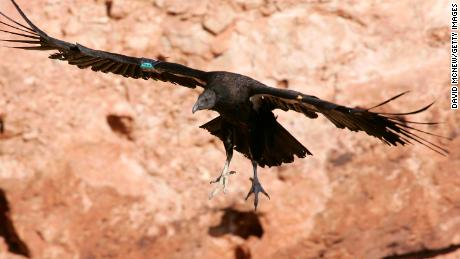 Current status: Endangered, except in certain portions of Arizona, Nevada and UtahEstimated population: 276 in the wildFound in: Southern and central California; small pockets of Utah, Arizona and Baja, MexicoThere were only 22 California condors remaining in 1982 when the US Fish and Wildlife Service began an urgent (and controversial) captive breeding program. Later, as their numbers in the wild shrank to just nine — making the California condor one of the rarest birds on Earth — the agency decided to bring all remaining condors into captivity.It took time, but the breeding program gradually grew the condor population, and in 1992, the first captive bred condors were released back into the skies of California. Today, there are a total of approximately 400 condors in the world, with the majority of those living in the wild.

Thousands Find Unity In Honoring The Gospel And Billy Graham’s Legacy As He Lies...

admin - February 22, 2018
0
Steve Stephens More Content Now SEATTLE — Time does not actually warp at the point where the Se..

Its official: Dwayne Johnson is a pineapple-on-pizza kind of guy