The US Geological Survey revised the magnitude of the most severe quake to a 5, from the 4.6 reported earlier. It hit at 10:30 a.m. local time on Thursday. Within half an hour, two more quakes came, registering at 2.5 and 2.7. There have been a total of six smaller earthquakes since the biggest one, the agency said. County spokeswoman Janet Snyder said authorities have issued a mandatory evacuation order for a portion of Leilani Estates, a subdivision in the Puna District on Hawaii Island.The frequency of the minor earthquakes decreased Thursday compared to the preceding days, the Hawaii County Civil Defense Agency said in a statement.However, the Hawaiian Volcano Observatory has indicated that a volcanic eruption was "possible but not imminent," the agency said.Residents in the area should prepare and review emergency plans in case of evacuation, the civil defense agency warned on Wednesday.Officials are keeping watch on Kilauea, which is one of the world's most active volcanoes.It's located in the Hawaii Volcanoes National Park, which has since closed off nearly 15,700 acres due to "the possibility of a new eruption and unstable geologic activity." But most of the park remains open, according to its statement.Since Monday, hundreds of earthquakes — most of them around 2.0 magnitude — have been recorded in the area. The series of earthquakes came after a collapse of a crater floor of Puʻu ʻŌʻō, which is a volcanic cone in the eastern rift zone of the Kīlauea Volcano.Since that collapse, about 250 earthquakes were reported in the area into Tuesday evening, according to a Hawaiian Volcano Observatory status report. The tremors have been going on for days now, jarring residents, who've been reporting nearly constant ground vibrations in some areas. "It has now become unnerving," Carol Shepard, a resident, told CNN affiliate KHON. She said the flurry of earthquakes seemed to happen every minute. "It'd be like the house would shake. It'd be like somebody that weighs 300 pounds came in my living room, and jumped up and down," she said.Residents in the area have also reported cracks emerging on roads. 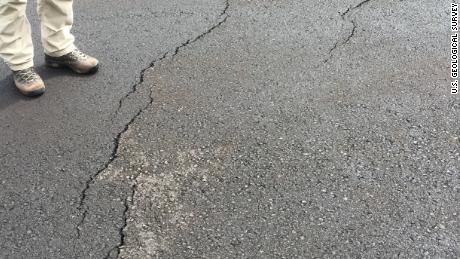 The US Geological Survey said no steam or heat were seen escaping from the cracks, and they were small — about several inches across. These cracks are appearing from "deformation of the ground surface due to the underlying intrusion of magma" — which is molten rock that is underground, according to the agency. "An outbreak of lava from the lower East Rift Zone remains a possible outcome of the continued unrest," according to USGS in a Wednesday night update. "At this time it is not possible to say with certainty if or where such an outbreak may occur, but the area downrift (east) of Pu'u 'Ō'ō remains the most likely location."It's not possible to predict where an eruption could occur, but the areas that could be affected include the communities of Nanawale Estates, Leilani Estates or Kapoho, the Hawaii County Civil Defense Agency stated. It urged residents to prepare emergency plans and to stay informed for updates.

Marvel’s Avengers E3 Demo felt like a mashup of Arkham, Spider-Man and God of...

When will the BBC’s epic King Lear and A Very English Scandal come to...

admin - December 16, 2018
0
Desert Child is a game of modern ambitions and sensibilities wrapped up in a retro aesthetic. It loo..

Get cosy with luxury

Beyonce and Jay-Z cant get enough of London as they live...