"From what we know, this student walked in … with a long coat and a shotgun under his coat," said Patrick, a Republican who has an A+ rating from the National Rifle Association. "It's 90 degrees. Had there been one single entrance possibly for every student, maybe he would have been stopped."Patrick, who has previously pushed for open carry and concealed carry laws in Texas, made the comments during a news conference on the same day a 17-year-old student allegedly opened fire with a shotgun and a revolver at Santa Fe High School, killing 10 people and injuring at least 10 others. The firearms were owned by the suspect's father, Texas' governor has said.While Patrick also implored parents who own guns to lock them safely away, he focused his remarks not on weapons but on redesigning school entryways. In placing a focus on doors, Patrick seemingly fell in line with the powerful gun-lobbying group's strategy following school-shooting incidents of identifying possible ways — apart from restricting firearms — to make campuses safer. "There are too many entrances and too many exits to our over 8,000 campuses in Texas. There aren't enough people to put a guard in every entrance and exit," Patrick said, suggesting officials consider retrofitting existing schools to reduce doorways.Patrick's proposal drew criticism online, with some noting that it ignored the role of guns in the recent bloodshed.The proposal to limit exits and entrances also raised concerns of creating a major hazard in an emergency, as it could limit the number of people who could flee at once.Robert Solomon, the division director for building and life safety codes with the National Fire Protection Association, said the issue may not be the number of entrances and exits but the availability of access points.Many buildings now are designed with a single entry point but many more optional exits. Think of Walmart or Costco, he said, with one main entrance and exit doors around the perimeter that can open from the inside in case of emergency."Maybe his goal was to limit the number of access points, to funnel everyone through a single entrance point," Solomon said of Patrick's comments. "That is perfectly acceptable as long as I have all these other doors for people that are already inside that need to get out in an emergency," he said. "That is a very typical arrangement, and it still would be code-compliant." 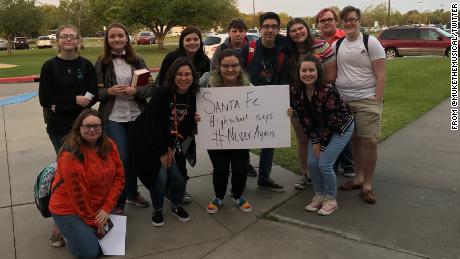 In his comments, Patrick compared schools to other major facilities."If we can protect a large office building or a courthouse or any major facility, maybe we need to look at limiting the entrance and the exits into our schools so that we can have law enforcement looking at the people who come in one or two entrances," he said.Patrick also suggested staggering student start times to avoid a logjam at the door."Now, that will take a lot of work and a lot of money, but we need to do the work and do the money to protect the children the best we can. In other words, we may need to harden our schools and make them safer," he said."That's just one of many answers, and that's why the governor is calling for the roundtable to discuss every option."

Show us the love! TV’s fascination with dating shows is still growing

admin - January 11, 2018
0
Media playback is unsupported on your device The emotional intricacies of Rex Orange County's ..

Trump To Travel To Southern U.S. Border During Government Shutdown