Now, more details about Rotana Farea, 22, and Tala Farea, 16,</a> of Fairfax, Virginia, are emerging, even as much of the case remains a mystery.The sisters were Saudi citizens and students who were accompanying their brother in Washington, the Royal Consulate General of Saudi Arabia in New York said Tuesday. The sisters' photos also were released publicly Wednesday by New York police, along with an appeal to the public for information about them and how their remains might have ended up along the waterfront around 68th Street and Riverside Park on Manhattan's Upper West Side.Detectives have been in Virginia, where Tala had been reported missing in August, Chief of Detectives Dermot Shea told reporters Wednesday. "We've made significant progress in piecing together pieces of this puzzle to find out what happened," Shea said. Interviews with family members and others have begun to shed light on "what was going on in the two young ladies' lives," he said. 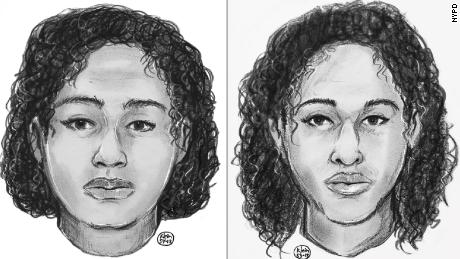 "We're looking at a two-month gap," Shea said, referring to the time since Tala was reported missing. "The detectives' work has filled in many of the pieces, but there's still some gaps that we would like to fill in and get a real clear picture of what happened in the last two months."The consulate has been in contact with the sisters' family and appointed an attorney to follow the investigation, officials said.The Saudi Embassy in Washington had called their mother to inform her that her daughters had applied for asylum in the United States, The New York Times reported this week. A Saudi official told CNN they are aware of the asylum reports."Embassy officials have not communicated with family members in relation to their seeking asylum, if this is indeed the case," the official said. "We are still investigating the full details within this case." The sisters were pronounced dead where they were found along the riverbank, police said. There were no obvious signs of trauma to their bodies, police have said. The city medical examiner's office will determine the cause and manner of death.Tala Farea had been missing from Fairfax since August 24, according to the National Center for Missing and Exploited Children.A post on the center's website — which appears to have been taken down — had noted that Tala might have been with Rotana.

Ticket to Write: Garfield site recognized for his work to end...

admin - December 26, 2017
0
By Steve Stephens, More Content Now Despite seeming claims to the contrary, not every Ohio hous..

Why I will always be a fan of the Mortal Kombat...