Sarah Sanders welcomed President Donald Trump to the White House briefing room for the first time in his presidency Thursday.

Sanders announced the press briefing late in the day on Thursday and took the podium minutes after the announcement. Sanders was flanked by border patrol agents, former agents and members of the border patrol union.

Sanders welcomed the gathered reporters, saying, “Were going to kick 2019 off just slightly differently. Id like to welcome a very special guest for an appearance here in the briefing room. Our very great president, Donald J. Trump.”

Sanders then walked back behind the podium and brought out President Trump before the room of shocked reporters. Trump said, “Hello, everybody. A wonderful place. I havent seen it. Beautiful place. Happy new year to everybody.” 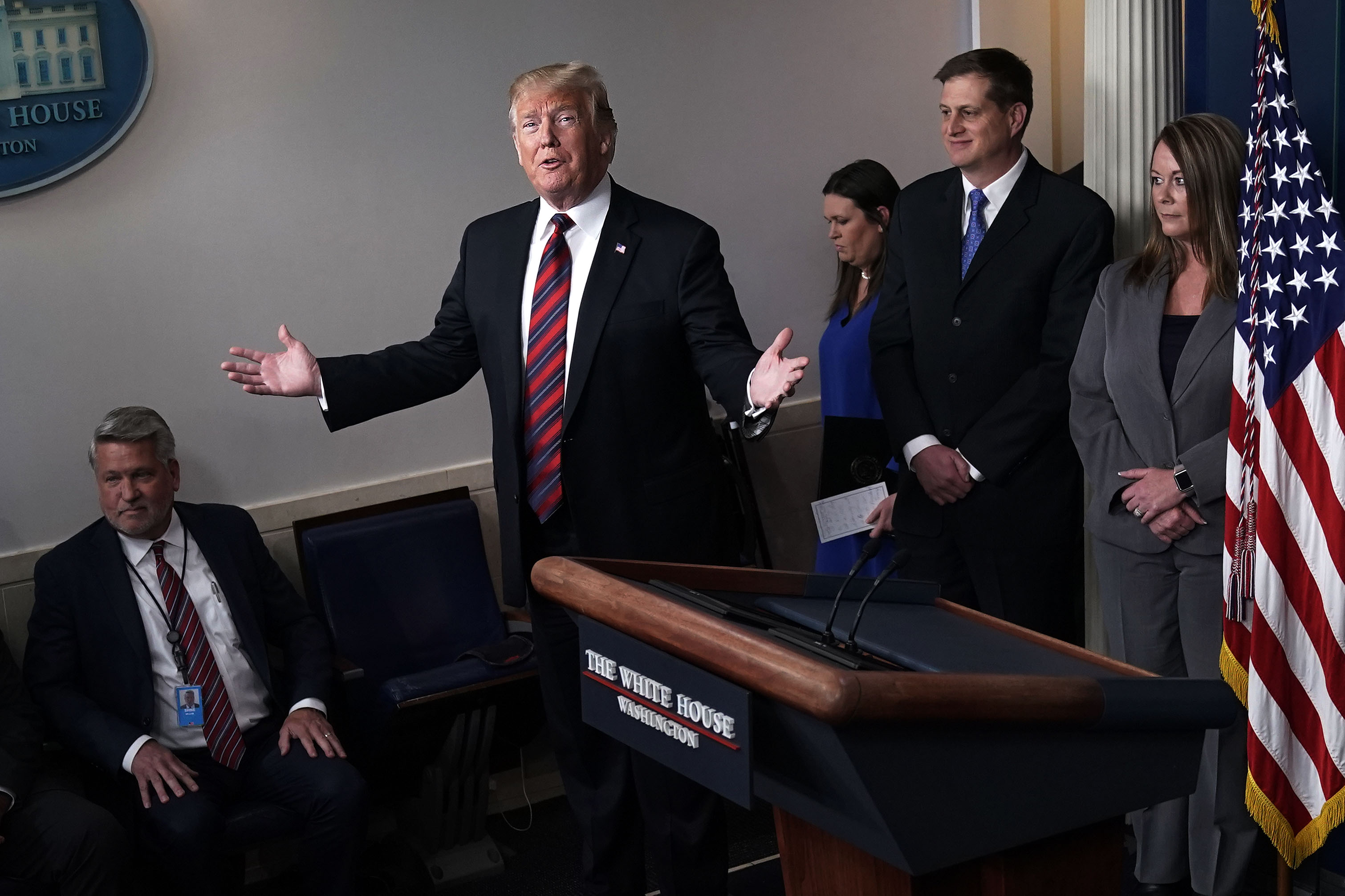 Trump congratulated Nancy Pelosi on her election as House Speaker and then began an appeal for funding for a border wall. He then welcomed the border patrol agents standing behind him, saying, “I just wanted to explain to folks that Im with on the day. People that have been extremely supportive of what were doing on the border, theyre tough, theyre smart, they think, they love our country.”(RELATED: Mitt Romney Writes Anti-Trump Op-Ed, Questions Trumps Character)

Trump continued, “Essentially, we need protection in our country. Were going to make it good. The people of our country want it. I have never had so much support as I have in the last week over my stance for border security … and for, frankly, the wall or the barrier — I have never had this much support, and weve done some things as you know that have been very popular.” 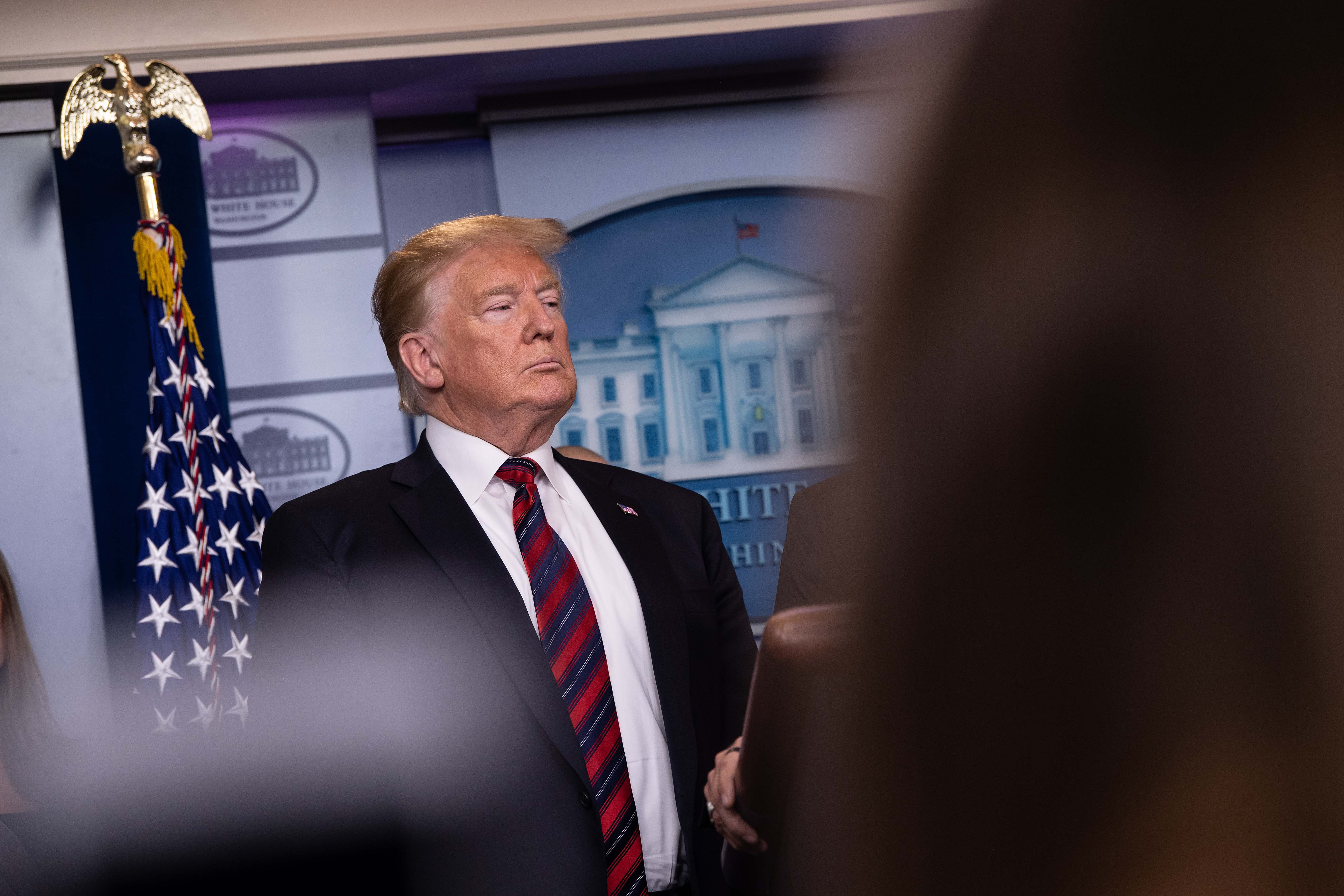 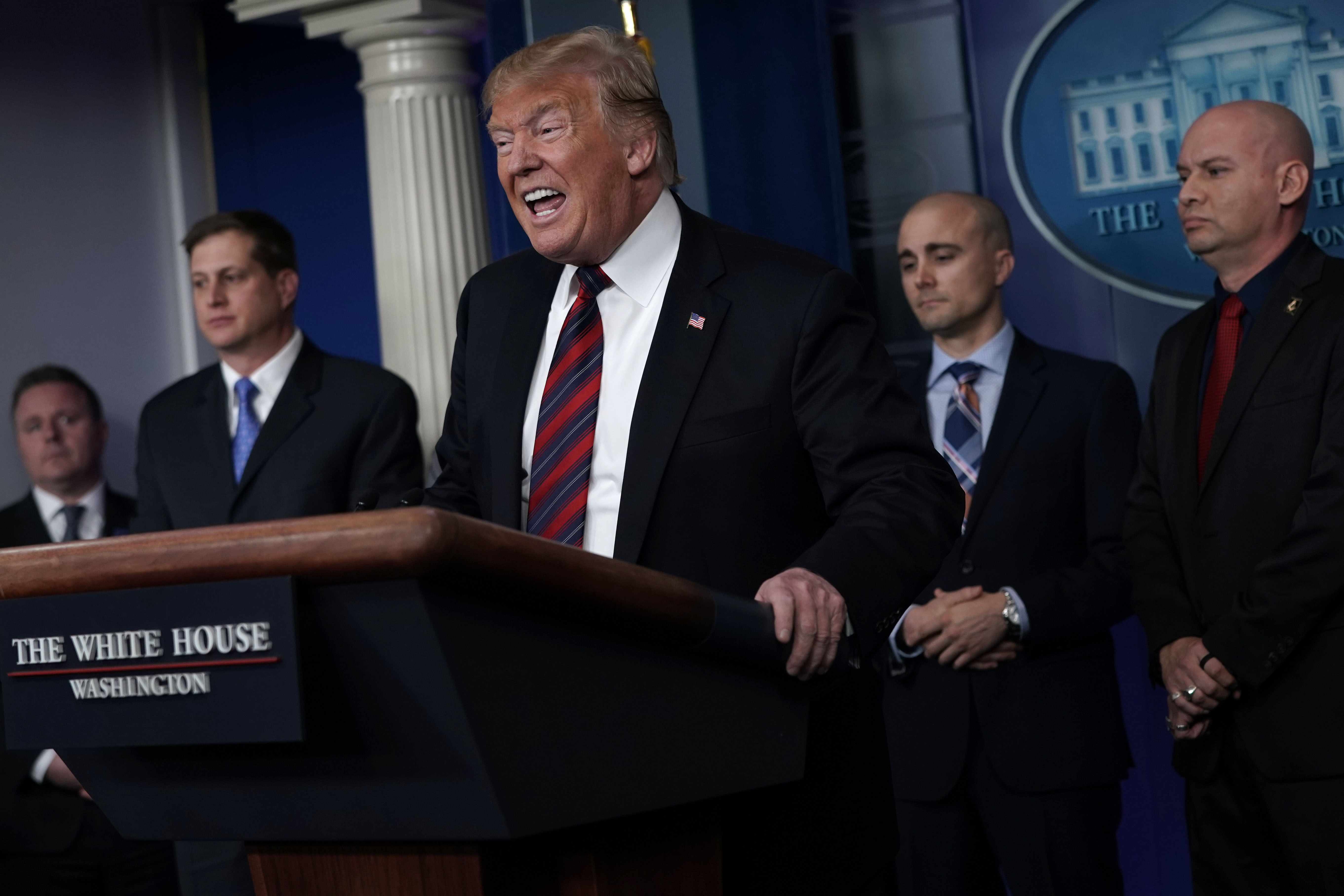 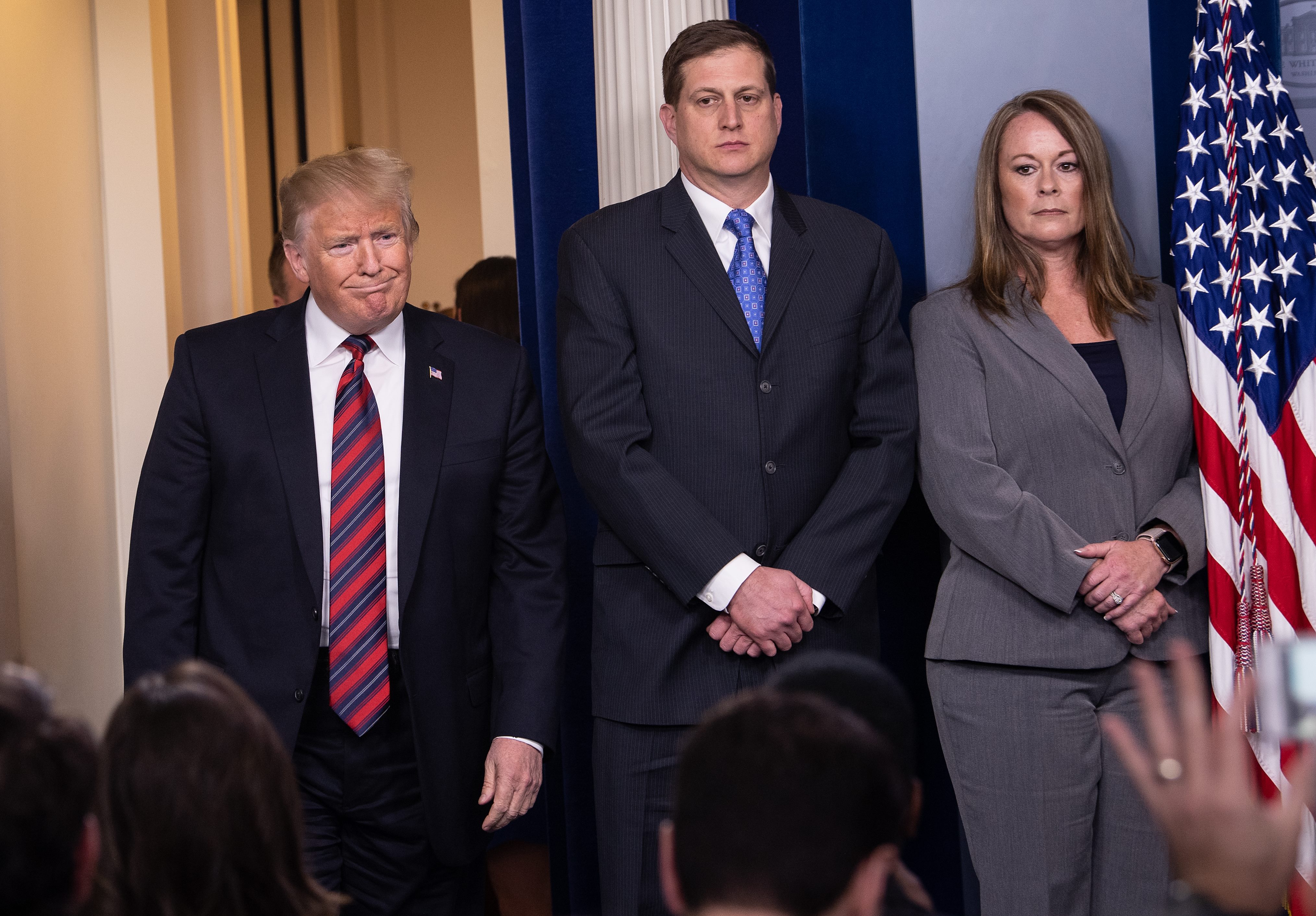 President Donald Trump criticized congressional Democrats for obstructing his plans to fund a border wall while talking to reporters Wednesday. Trump specifically attacked the Democratic talking point that a wall is “immoral.”

“This is all to tell Chuck and Nancy and some others from ICE and from border patrol, and also from some local law enforcement, how bad it is — how dangerous it is — and why we need a wall. Look, when they say the wall is immoral, then you better do something about the Vatican. The Vatican has the biggest wall of them all.”

The federal government entered a partial shutdown in December over bitter disagreement between the White House and congress on border wall funding.

Jeremy Clarkson brands Greta Thunberg a spoilt brat who should shut up and get...

Dearth of women in classic Hollywood was result of studio system,...