Earlier this month Sony released the latest major update for the PlayStation 4 system, as part of their beta testing.

That meant anyone signed up to the PlayStation 4 beta scheme was able to test out some impressive new features.

These are not yet live for the vast majority of consoles, but give us a good idea of where Sony are planning to improve the console in the future.

Well last night those beta users were handed another update for the 5.50 beta. This would be the third iteration that has since been available to users.

The latest patch for the upcoming firmware update weighs in at around 450MB. So it's not too big, but it is a mandatory update.

However, for the time being, no one is quite sure yet what has changed. It could be some bug fixes and staberlisation, but for now it doesn't appear as though any major changes have been added.

Especially not the long awaited PSN Name change feature thats been teased but not actually released just yet.

Needless to say, the second someone does find some of the changes that have taken place we'll be sure to update fans.

SONY has detailed the changes coming in the PS4's 5.50 update, including supersampling, library hide options and custom wallpapers. 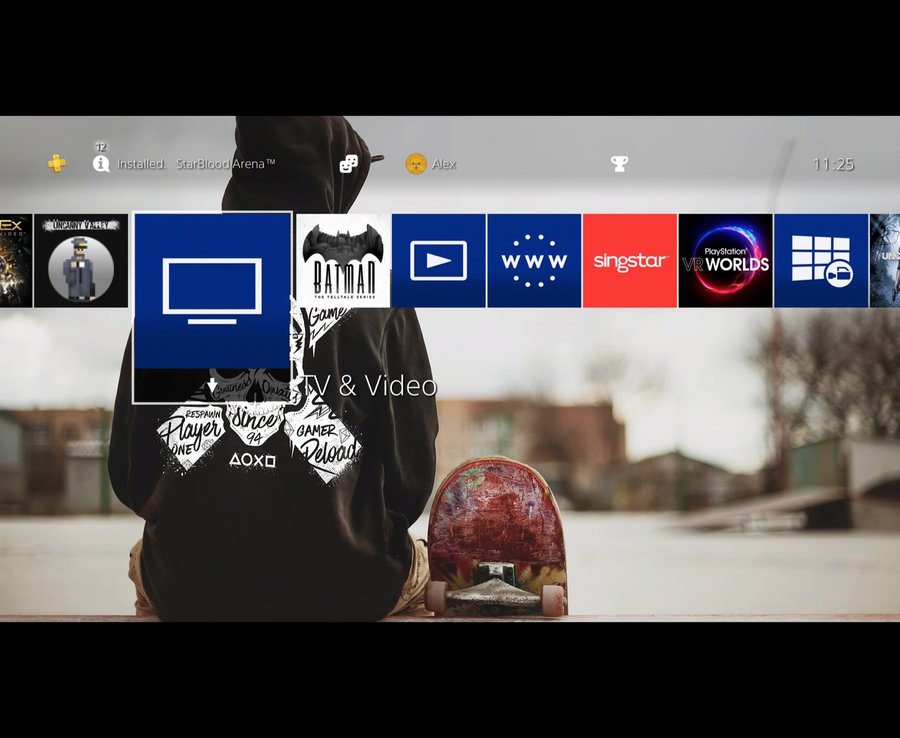 In system software update 5.00 we introduced a range of parental control enhancements. These allowed assigned Family Managers to easily control what each individual child plays, watches and views online.

Play Time Management builds on this, giving Family Managers (and adult family members who are set as guardian), the ability to set limits on when and for how long each individual child can play for. Managing Playtime is easy; go to Settings > Family Management on your PS4, or sign in to PlayStation Network account as a family manager or guardian on your web browser from your PC or smartphone, to check and manage your child’s playtime each day.

Notifications will be sent to children during gameplay so that they know when they should save and quit. The family managers/guardians can also set the PS4 to log out once the playtime session is over, and increase or decrease game time on the go, via the web portal.

By popular demand, you can now import your own images via USB stick to use as custom wallpapers on PS4. Once imported, you can even zoom, crop and preview them in-situ to help get the perfect look on your dashboard.

Note that the picture files on a USB stick need to be located in a folder named “IMAGES” for the PS4 to recognize them. Just go to Settings > Themes > Select Theme > Custom > Select Image > USB Storage Device.

Following the 5.50 update, you’ll also be able to customize your Tournaments team page with your own team logo or background that you can import from a USB stick.

To set your logo and background, head over to Events > Teams > select your team > Edit Team Profile.

Shadow of the Colossus (PS4)

Two new tabs are being added to Library to make it easier for you to see which apps you’ve installed and purchased. The ‘This PS4’ tab lists all the applications that are installed on the PS4 system, and the tab with your name/avatar lists all the apps that you purchased with your PSN ID. This feature also makes it easy to search and find games you’ve already purchased but have not yet installed.

This update also adds a new PS Plus tab to the Library, which clarifies what games you own from PS Plus’ Monthly Free Games. If your PS Plus membership is expired, a PS Plus icon with a lock will appear next to your game so you know which games you can play if you re-subscribe.

As requested, we’re adding a function that will allow you to hide certain applications under the ‘Purchased’ tab in the Library. In ‘Options,’ you can hide content including betas, trials or demos of games that you may not be going back to.

With the launch of 5.50, you’ll be able to access custom friends’ lists directly from the Quick Menu. This will make it easier to see who’s online, and then send them messages or invitations – especially when you’re in the middle of game.

Whenever you’re listening to music on PS4, you’ll be able to access certain shortcuts from the Quick Menu. If you’re using Spotify on PlayStation Music, the ‘square’ button will serve as the shortcut for volume control. And when you’re on the Media Player or the USB Music Player, ‘triangle’ will work as the shortcut for play or pause, and the ‘square’ button as the volume control.

Users will be able to permanently remove old notifications from their PS4 – for better organisation and management. Just go to Notifications and press the ‘triangle’ or “OPTIONS” button to open up a menu that will allow you to select a single or multiple notifications you’d like to delete.

With Background Music on PS Now, you’ll be able to listen to your favorite tracks while streaming a game on PS Now. Just be aware, similar to when playing a game on disc or via digital download on PS4, background music may not always be available.

PS4 Pro users taking part in the beta will see a new ‘supersampling mode’ under Settings, which enables those with HDTVs (i.e., 1080p or less) to enjoy an enhanced visual experience when playing some PS4 games.

With supersampling mode, some games will render at a higher resolution and then be downscaled to match the HDTV – allowing PS4 Pro owners to leverage the benefits of an image clarity boost even if their PS4 Pro is not connected to a 4K TV. Please note performance will vary, as games are optimised differently to take advantage of the power of PS4 Pro.

Code of conduct to combat fake news: Pros and cons

admin - September 29, 2018
0
Google, Facebook and Twitter have pledged to work together with other tech companies to fight the sp..

admin - January 4, 2019
0
Few games wear their inspiration on their sleeve as proudly as Battle Princess Madelyn does. From th..