The pontiff sparked controversy when he defended embattled Chilean Bishop Juan Barros — who is accused of covering up sex abuse by his mentor Father Fernando Karadima.According to Crux, a Catholic news outlet, the Vatican found Karadima guilty of sexual abuse in 2011 and sentenced him to a life of prayer and penitence. Barros has denied allegations that he covered up the abuse.In the port city of Iquique, Chile, his last stop before heading to Peru, Francis defended Barros, telling reporters Thursday that the accusations amounted to slander, according to BioBioChile radio. "The day they bring me proof against Bishop Barros, that's the day when I'll talk," he said."There is not a single proof against him, everything is slander."The Pope's statement made international headlines, with supporters of victims of clerical sex abuse challenging his suggestion that "proof" is a prerequisite for believing a victim's account.

Even the Pope's top advisor on clerical sex abuse, Cardinal Sean O'Malley of Boston, issued a critical statement siding with the victims."It is understandable that Pope Francis' statements yesterday in Santiago, Chile, were a source of great pain for survivors of sexual abuse by clergy or any other perpetrator," O'Malley said in a statement. 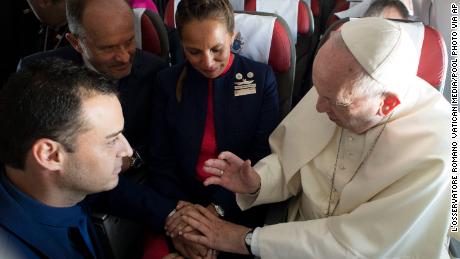 Questions about Bishop Barros dominated a news conference held on the papal plane during the Pope's return to Rome following his visit to Chile and Peru. In response to those questions, Francis admitted he had made an error in choosing his words and apologized to victims of clerical sex abuse."I apologize for hurting them without realizing it. But I did not intend this," said Francis. "The word 'proof' was not the best way to approach a pained heart. I would say 'evidence.' In Barros' case, it was studied. It was restudied. And there is no evidence. And that is what I wanted to say. I don't have evidence to convict."If I convicted without evidence or without moral certainty, I would commit a crime of being a bad judge," said Francis.

'I am convinced he is innocent'

He also reaffirmed his support for Barros — and his assertion that allegations of sex abuse without evidence are slander. "I am also convinced he is innocent," he said.Cardinal O'Malley, while partly critical of the Pope, also defended the pontiff's commitment to a zero-tolerance policy on clerical sex abuse. 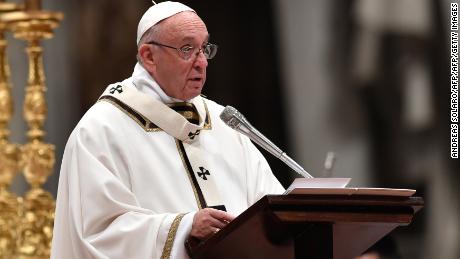 "Pope Francis fully recognizes the egregious failures of the Church and it's clergy who abused children and the devastating impact those crimes have had on survivors and their loved ones." O'Malley's statement said.Francis thanked O'Malley, during the papal plane press conference, for issuing a statement the he described as fair. The Pope defended his zero-tolerance record by saying that while he has received 20 to 25 pardon requests during his tenure at the Vatican, he has not granted any.

Coachella 2018 lineup: Beyoncé, The Weeknd and Eminem to headline