I remember how someone saw and called a teacher; how someone got her to the ground and disarmed her. I remember how two men lifted her small body and carried it out of the school, and out of our lives. We were, that day, all spared, and we went on living. That was in 1988, during the same school year the nation was rocked by the Stockton massacre — the first large shooting on a public school campus, a shooting that took place a few hours from my town. We lived in the vibration of that fear. And as kids, we asked our parents why this would happen, and how to make it better.Nearly 30 years later, my son goes to the same elementary school I attended. He's in first grade and each day he and other neighborhood kids swing their lunchboxes at the crosswalk before getting in line for class on the same yard I played on at his age. I am teaching my son how to cross the street safely, how to make playdates, how to read. He has just lost his two front teeth, is starting to read chapter books, and is obsessed with Greek myths. He's learned drills for earthquakes and fires. He's also learning the drill for what happens when an "unsafe person" comes to school. He's 6 years old, and he already has had to absorb that each day there's a chance that someone could come and shoot him in his classroom.I know it too, which is why when my phone flashed with an alert for a shooting in Northern California schools after the Rancho Tehama shooting, my blood ran cold and I had to sit down and let the wave of grief pass over me before I could even read further. I only partly exhaled.Rancho Tehama is three hours away, but the truth is, it's still too close. Sandy Hook is too close. Sutherland Springs is too close. Las Vegas is too close. Charleston is too close. Any day, any moment, it could be any of us, or any of our children, any of their bright lives. And the question I asked when I was 12 still hangs in the balance: What are we doing to make it better? 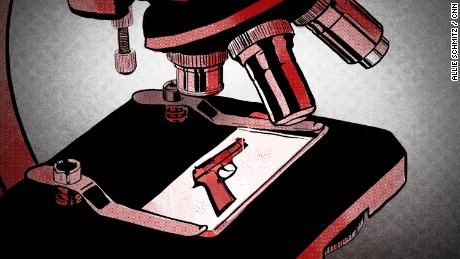 Not everywhere is like this. Last year, my family and I left the US to spend time in Northern Ireland, a place not historically known for its peace. As we enrolled my son for school in downtown Belfast, he asked the school principal to describe the school drills. She looked a bit puzzled. She told him about the fire drill. And he asked her "do you have unsafe person drills"? As he asked us, all of our faces crumpled. "No, love," she said. "No, we do not." And: they don't. Like other developed countries, like most other countries, period, they don't now expect that people might come into their schools and shoot their children. Living in Europe I could sense how other countries are baffled by the fact that we put up with this. My son also wants to know. I also want to know why we insist on passing on such trauma to our children. I have tried to understand why a city that was caught in shattering decades-long terrorist struggle is now safer for its children than small towns in California or Texas. I have tried hard to imagine what is in the heart of someone who offers "thoughts and prayers" after yet another massacre, but says "it's not the time" to even learn how to enact sensible regulation of guns.In the US, we alone bear this burden and this fear: Of the 23 richest nations in the world, according to a 2011 study, we now have 87% of the gun violence, and according to the Journal of TRAUMA Injury, Infection, and Critical Care, 87% of children killed by guns are killed here. Think of it: across the world, 87% of the children killed by guns are killed here, in our country. Breathe into that fact. Imagine all those bright bodies, all the bodies you can, the noses, the eyelashes, the hopes. 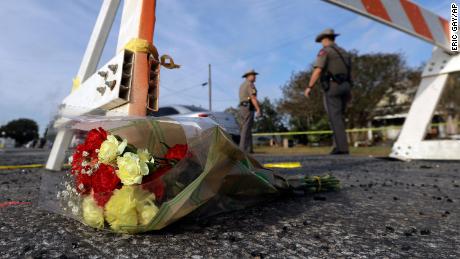 When my son looks at me and tries to ask why this is the case, I cannot think what to tell him. I can only believe that for now at least, we are a country that continues to keep loving our guns more than we love our children; that we put our guns above the health of our children, and above the health of each other. We live in a country where we do not even allow the CDC to study gun violence as the epidemic it is; where we cannot pass the simplest ban on automatic rifles; or where the Air Force fails to keep guns out of the hands of someone it itself noticed was abusive; where men with a history of abusive behavior again and again go on public rampages.I am tired of living in a cycle where we choose our own trauma and violence over solutions. I am furious at politicians who accept money and then cower before the gun lobby. I am furious that a few loudmouthed interest groups force the rest of us to raise generations of children in fear. I am furious that we do not have adequate mental health services for people in need. I am furious that we are not demanding more of our politicians and more of ourselves. I am tired of treating white male domestic-abusers who massacre people as some kind of unsolvable problem. I can only believe that for now at least, we are a country who keeps loving our guns more than we love our children. Personally, I've begun to feel that my Second Amendment rights are being violated. I was promised the right to a well-regulated militia, and instead I see a nation that falls victim, week after week, body after body, to a series of unstable people with elaborately hoarded arsenals. I am absolutely sure our founders would be appalled. I am absolutely sure that our founders would not wish that we run out and buy even more guns because of it. This is a country of hunters and sportsmen, my family included. I cannot foresee an America without guns. I can imagine an America, though, where we act as if our children's lives are worth more than our guns, where we decide that we can no longer tolerate living within a raging epidemic of violence. I can imagine an America where we worry more that a domestic abuser will get a gun and kill someone than we worry about the brief annoyance of a background check. I can imagine an America where we don't imagine we need guns in churches, schools, or Starbucks, national parks. Thirty years ago, I walked off a field alive. Far too many American children have not been so lucky. It should not be luck. We should be confident in our daily peace. There should be no unsafe person drills here.

Roborace wants the future of racing to be AI plus humans,...

‘Modern Family’ signs off amid a crisis, like ‘The Cosby Show’...