Authorities have been searching for Jayme Closs, 13, since early Monday, when a mysterious 911 call led deputies to discover that her parents had been shot dead at the family's home in northwestern Wisconsin's Barron County.Investigators say Jayme apparently vanished just after the shootings and is in danger. An Amber Alert was issued for her Monday, and the FBI has added her to its online list of kidnapped or missing people."We believe Jayme was in the home at the time of the homicides and we believe she's still in danger," Barron County Sheriff Chris Fitzgerald said this week. The investigation began when someone called 911 shortly before 1 a.m. Monday. No one on the line talked to the dispatcher, but the dispatcher could hear a disturbance, authorities said.Deputies responded about four minutes later and found Jayme's parents, James Closs, 56, and Denise Closs, 46, shot dead in their home outside the small city of Barron — and Jayme was nowhere to be found, authorities said.A city of 3,400, Barron is about 75 miles northeast of Minneapolis.A dispatch log that the Barron County Sheriff's Department released Friday offers a few new details from that night:• The dispatcher "could hear a lot of yelling" during the 911 call.• The call was "pinged" to the Closs' home. When the dispatcher called the number back, a voicemail greeting indicated that the phone belonged to Denise Closs.• A responding officer found "the door has been kicked in." • The family dog was there when deputies arrived, and was eventually taken to a relative's home. 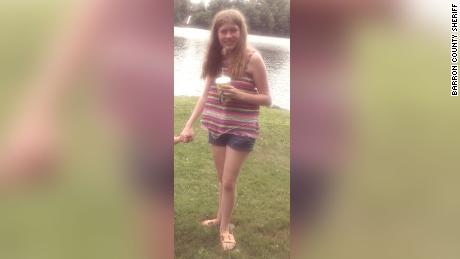 The log does not indicate who made the 911 call, who was yelling or what was being yelled.Closs' parents were shot and their deaths have been ruled homicides, Fitzgerald said Wednesday. No gun was found at the scene, he said. Investigators believe Jayme was at home during the shooting based on details from the 911 call and evidence from the home, Fitzgerald said."Is it a random attack or a targeted attack? I don't know that answer," Fitzgerald told reporters. "That's why those leads are so important."

Volunteers and law enforcement combed the sides of US 8 — the road where the Closs' home is located — on Thursday, looking for evidence. But they didn't turn up anything of value, Fitzgerald said. Hours earlier, Fitzgerald asked for 100 volunteers to participate in Thursday's search, which took place about 3 miles from the family's home, according to CNN affiliate WCCO. The Barron County Sherriff's Department has received more than 1,000 tips for missing teenager Jayme Closs, according to a news release on the department's Facebook page. Officials are asking the public to come forward with any information they may have about the Closs family and to remain vigilant in watching the behavior of others, as a change in normal behavior could lead police to additional tips, according to the release. The sheriff said Thursday he has a "100% expectation that she's alive." He could not be reached for comment Friday.

Motive in parents' death is unclear

Deputies are also trying to determine who killed Jayme's parents, and why. 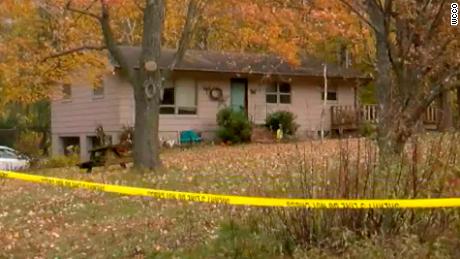 On HLN's "Crime & Justice" Wednesday night, Fitzgerald told host Ashleigh Banfield that additional agencies, including the FBI, are involved. "They are the experts in breaking down 911 tapes, looking at our phones and taking care of all evidence in that manner," he said.Joan Smrekar, who lives next door to the Closs home, told Banfield she heard two shots a couple of seconds apart just after 12:30 a.m. Monday."It was just, 'bang' and 'bang,'" Smrekar said.Jayme Closs is 5 feet tall, weighs 100 pounds and has green eyes and blond or strawberry blond hair, the sheriff's department said. Anyone with information can call the tip line at 1-855-744-3879.

Turkey to boycott US electronics – including iPhone

Weinsteins Lawyer Responds To Not Guilty Plea: Reprehensible To Be Accused Of Rape

Donald Glover’s shares ‘Deadpool’ script that could have been

admin - March 28, 2018
0
Over the weekend, it was announced that FX Productions, Glover and his producing partner/brother Ste..

Driving Back Home On Sunday After Thanksgiving? Here Are Some Precautions...