South Korean Unification Ministry spokesman Baik Tae-hyun told reporters Friday that North Korea informed Seoul by fax that it has accepted the offer to initiate talks.The person-to-person talks will be held Tuesday — the day after North Korean leader Kim Jong Un's birthday — at the Peace House in the village of Panmunjom in the Demilitarized Zone, Baik said. The two sides agreed to work on the details of the talks "through the exchange of documents," Baik said, adding that agenda items will be "issues related to improving inter-Korean relationships, including the Pyeongchang Olympic Games."A statement from the International Olympic Committee said it welcomes talks aimed at having North Korean athletes compete in next month's Winter Games in South Korea. The IOC said it was continuing discussions with the North Korean National Olympic Committee and keeping its invitation open for a delegation. 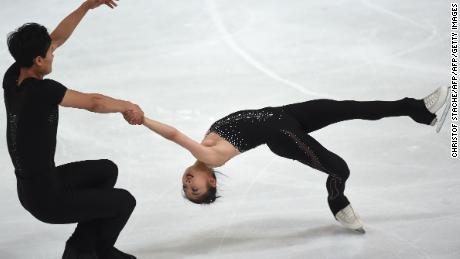 Two North Korean athletes, figure skaters Ryom Tae-Ok and Kim Ju-sik, have qualified for the Games. While Pyongyang has missed a registration deadline for the two, the IOC could allow an exception to be made. The faxed message accepting the long-standing offer of talks was from Ri Son-kwon, chairman of the North Korean Committee for the Peaceful Reunification of the Fatherland. It was addressed to South Korean Unification Minister Cho Myoung-Gyon, Baik said. Baik said the decision of who would attend the meetings was still being finalized.The last such high-level talk was a deputy ministerial meeting in December 2015 at the jointly run Kaesong Industrial Complex in North Korea.The complex, which opened in 2004 in a rare show of cooperation between the two Koreas, was shuttered last year as Pyongyang ramped up its missile and nuclear testing.

The announcement of talks comes on the heels of other signs of rapprochement between the two rivals.

In what's widely regarded as a diplomatic breakthrough, a hotline between Seoul and Pyongyang rang again in recent days after going unused for two years.At least five calls have been placed through the cross-border channel since then, according to the South Korean Unification Ministry. Contact between the countries has resumed since the North Korean leader expressed hope during his New Year's Day address that a North Korean delegation might participate in the Winter Games. Kim also expressed a desire for a peaceful resolution to the decades-old conflict with South Korea. The Korean War ended in an armistice in 1953, meaning the two nations technically have been at war since then. South Korean President Moon Jae-in told CNN last year that North Korean participation in the Pyeongchang Olympics would "provide a very good opportunity for inter-Korean peace and reconciliation."

Russia to US: Don't undermine talks

A top Russian official welcomed the restoration of communication and urged the United States to avoid making threatening statements that could undermine talks."We are pleased to note the readiness of Seoul and Pyongyang to have direct contacts," Deputy Foreign Minister Sergei Ryabkov said Friday,according to Russian state-run news agency TASS.Calling the new developments "a step in the right direction," Ryabkov said, "The hotline is a useful and important tool for de-escalation in unforeseen circumstances." He said Russia will work with all players to help improve the state of affairs on the Korean Peninsula."In this situation, other participants in this drama should be extremely cautious, balanced and restrained in statements and assessments so as not to undermine such a fragile chance for some more or less stable political process," he said. "Accordingly, statements of a threatening nature, signals, even if not from officials but from politicians, still have an impact on the situation."

The advanced stage of North Korea's weapons program could afford its leadership the luxury of diplomacy, said Tong Zhao, a North Korea analyst and fellow at the Carnegie-Tsinghua Center for Global Policy."I think Kim Jong Un is now (in) a different position after the Hwasong-15 (long-range missile) testing. At a minimum, North Korea has achieved a rudimentary strategic deterrent and can afford to not continue testing. … North Korea apparently has plans to mass-produce missiles and nuclear warheads but could (now) consider a moratorium on ICBM (intercontinental ballistic missile) tests."Zhao said he views the resumption of talks as a positive sign and considers next week's meeting to be a first step in improving bilateral relations."After Kim Jong Un made the overture in his New Year address, the two sides quickly resumed the hotline and agreed to meet — the pace of development is very quick," he said."There is an indication that North Korea wants to explore broader issues. I expect they will engage in other issues as well (at the talks). … It's hard to tell how quickly they will settle the Olympic issue, but it's clear that both sides want to go further with these talks."

A similar sense of optimism has yet to extend beyond the Korean Peninsula. 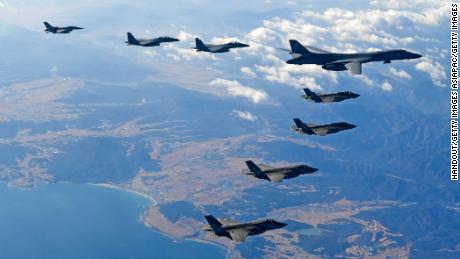 On Thursday, Japanese Prime Minister Shinzo Abe called North Korea's nuclearization "absolutely unacceptable" and said his country's security situation was the most severe since World War II. US officials have so far maintained a similarly skeptical stance regarding Kim's sincerity in soothing tensions.Speaking Tuesday, Nikki Haley, the US ambassador to the United Nations, issued a stern warning to North Korea, saying Washington "will never accept a nuclear North Korea."However, the hard-line US stance may be softening in light of recent developments. In a phone call Thursday, President Donald Trump and Moon agreed not to host joint military drills during the period of the Pyeongchang Olympics, according to a South Korean government statement. A senior US military official also confirmed to CNN there would be no joint exercises during the Games.

"(Even) if South Korea-North Korea relations improve thanks to the Olympics, the US-South Korea (military) drills will still take place after that, which could still be major reason for turbulence going forward," said Zhao, the North Korea analyst. Kim has long criticized the US-South Korean drills, declaring them a direct threat to Pyongyang, and a possible barrier to the resumption of diplomatic talks. The decision to hold off on military drills is a diplomatic response from the US President, who earlier this week bragged in a tweet that his nuclear button was "much bigger & more powerful" than Kim's.Trump has since sought to take credit for the resumption of communications between Pyongyang and Seoul."With all of the failed 'experts' weighing in, does anybody really believe that talks and dialogue would be going on between North and South Korea right now if I wasn't firm, strong and willing to commit our total 'might' against the North," Trump tweeted Thursday morning."Fools, but talks are a good thing!" he added.

admin - December 20, 2018
0
Its even Christmas in the Old West Red Dead Redemption IIs multiplayer mode is getting into the fes..

My Grandfathers Christmas On The Battlefield: 74th Anniversary Of The Battle...