The winter of 1944 was especially brutal, leaving some survivors of the nearly month-long campaign to wonder whether the German army or the frigid temperature was the more formidable foe. Others would come to be thankful for the cold, as it slowed the blood loss of the wounded.

My grandfather, SSG William Franklin Greenplate, was a mechanic who had traded family cars and farm equipment for heavy tanks. He left behind his wife and three young children when he went to war, and he was eventually assigned to the 12th Armored Group, 9th Armored Division.

SSG William F. Greenplate (L) pictured with one of his men who wears the Presidential Unit Citation awarded to the 12th Armored Group after the Battle of the Bulge. Virginia Kruta/The Daily Caller

My grandfather rarely spoke of his time in Bastogne — he was there with the 101st Airborne when the Germans besieged the city in an attempt to divide the weakened Allied lines and recapture the port city of Antwerp — but he did tell us about the Christmas he spent there.

Leaving out, I am certain, most of what he saw, he told us about the C ration canned spaghetti he had for his Christmas dinner. He spoke of a Belgian woman who allowed him and a friend to spend a night in her basement — knowing that if she were caught giving aid to Americans, the German soldiers would probably kill her.

In Bastogne, he was temporarily reassigned to Team SNAFU (an acronym for “Situation Normal All F**ked Up”), a unit comprised mainly of stragglers whose units had been decimated and “dismounted” tankers (tank operators who had run out of gas or had been unable to navigate the terrain or weather). 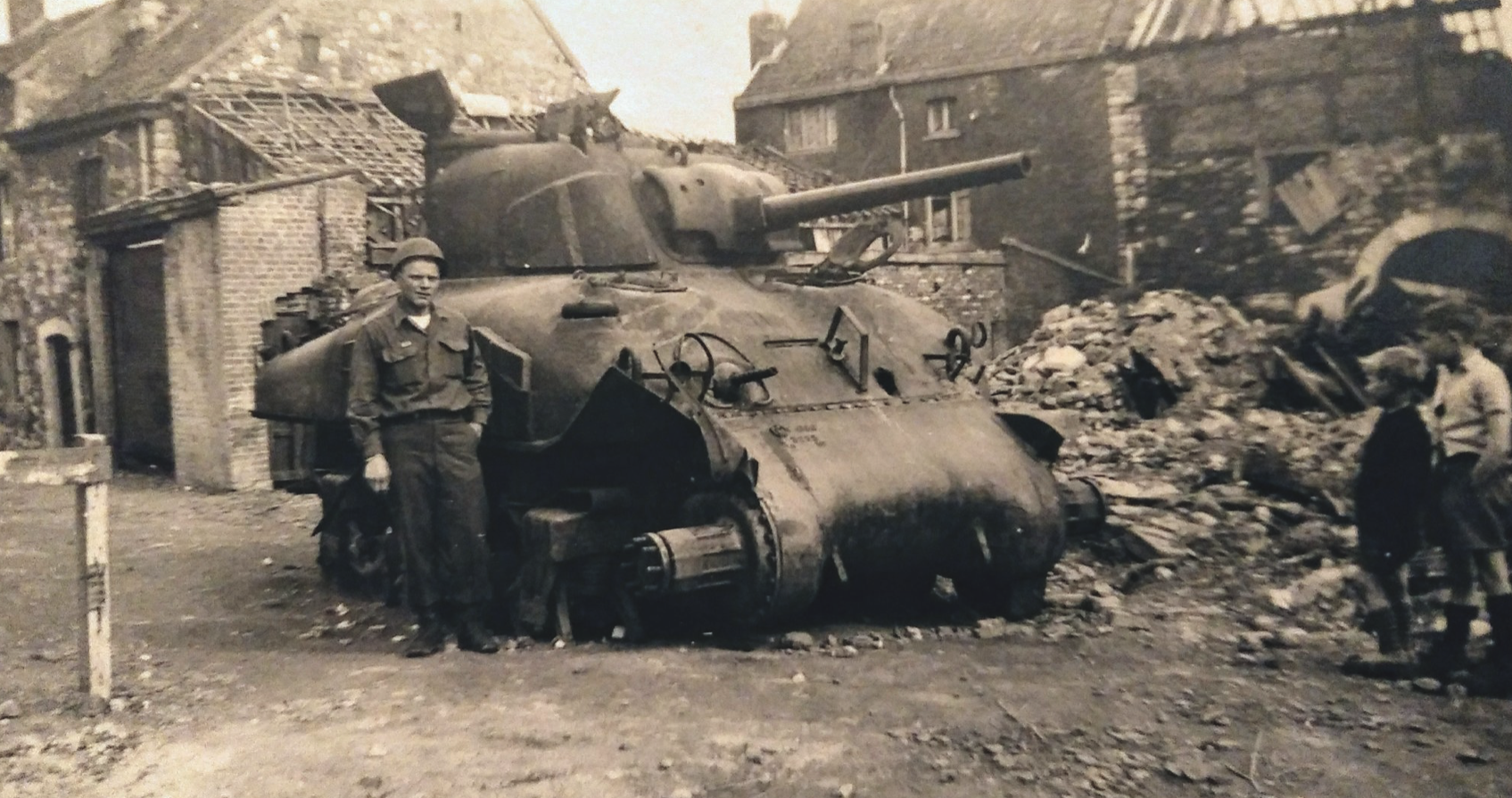 An American tanker during the Battle of the Bulge, 1944. Virginia Kruta/The Daily Caller

SNAFU, along with some air support and several smaller units — most of whom were “green” (not battle-tested) — were charged with holding Bastogne until reinforcements arrived under General George S. Patton.

They were outnumbered and outgunned from the beginning, with some 80,000 American troops facing a wave of approximately 500,000 Germans. In spite of the seemingly obvious advantage, Field Marshal Gerd von Rundstedt had warned Hitler against going forward with the attack. Others warned against diverting troops from the eastern front, but he overruled them — a decision he would eventually come to regret.

Running short on everything but mortal peril, the Americans resorted to trickery in an attempt to make the surrounding Germans believe they were better-supplied than they were.

“We stripped down a few of the jeeps,” Poppop told me, “making them as light as we could. And then we waited for dark and pushed them, through the snow, as far through the German lines as we could get.” It was a massive gamble because stripping down the jeeps meant not carrying an abundance of ammunition. 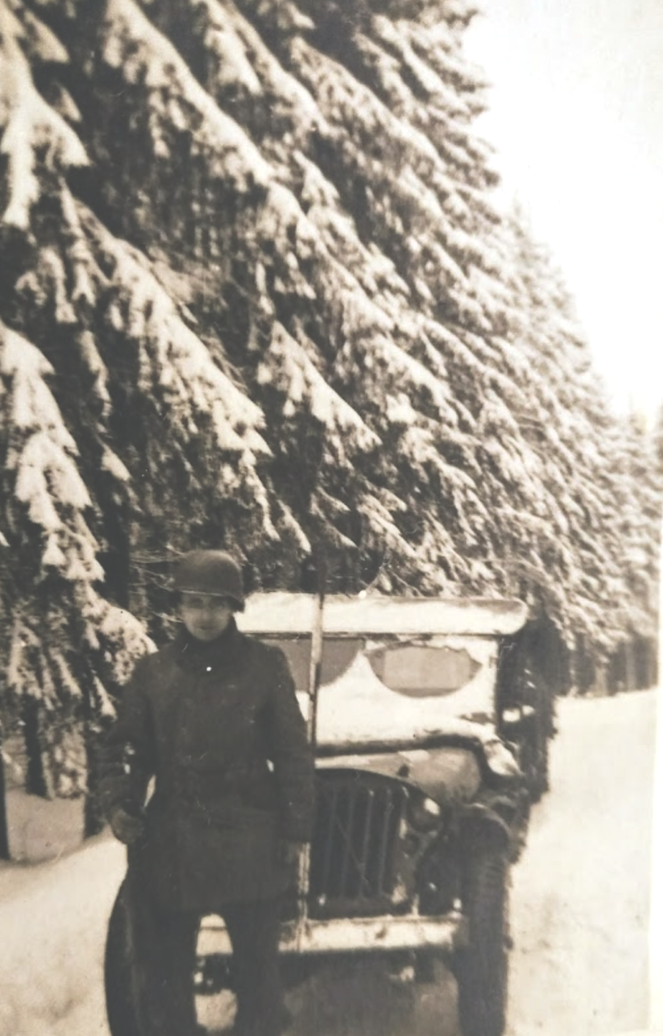 An American soldier stands by his jeep at the Battle of the Bulge, 1944. Virginia Kruta/The Daily Caller

On the other side of the surrounding forces, they started the motors, turned on the lights and made for Bastogne like bats out of hell. The end result, they hoped, was that the Germans would observe a number of American jeeps driving into Bastogne — but none of them leaving.

By December 20, despite the arrival of the 10th Armored Div “Tigers of Bastogne” (ordered to Bastogne by Gen. Dwight D. Eisenhower) and assistance from the 82nd Airborne at St. Vith, Bastogne was surrounded by Germans. On the Dec. 22 the ultimatum was delivered to Brigadier General Anthony McAuliffe by four German soldiers: surrender now, or we will send the artillery.

For four more days, the Americans held the position — facing nightly bombing runs from the Luftwaffe — but on the 26th, the tide of battle turned.

Lieutenant Charles P. Boggess, leading a handful of M4 Sherman tanks, fought his way through to Bastogne. But just behind Boggess was the real Christmas gift: three divisions of Pattons Third Army, all of whom had made a 125-mile trek from the south. The German hold on Bastogne was finally broken. 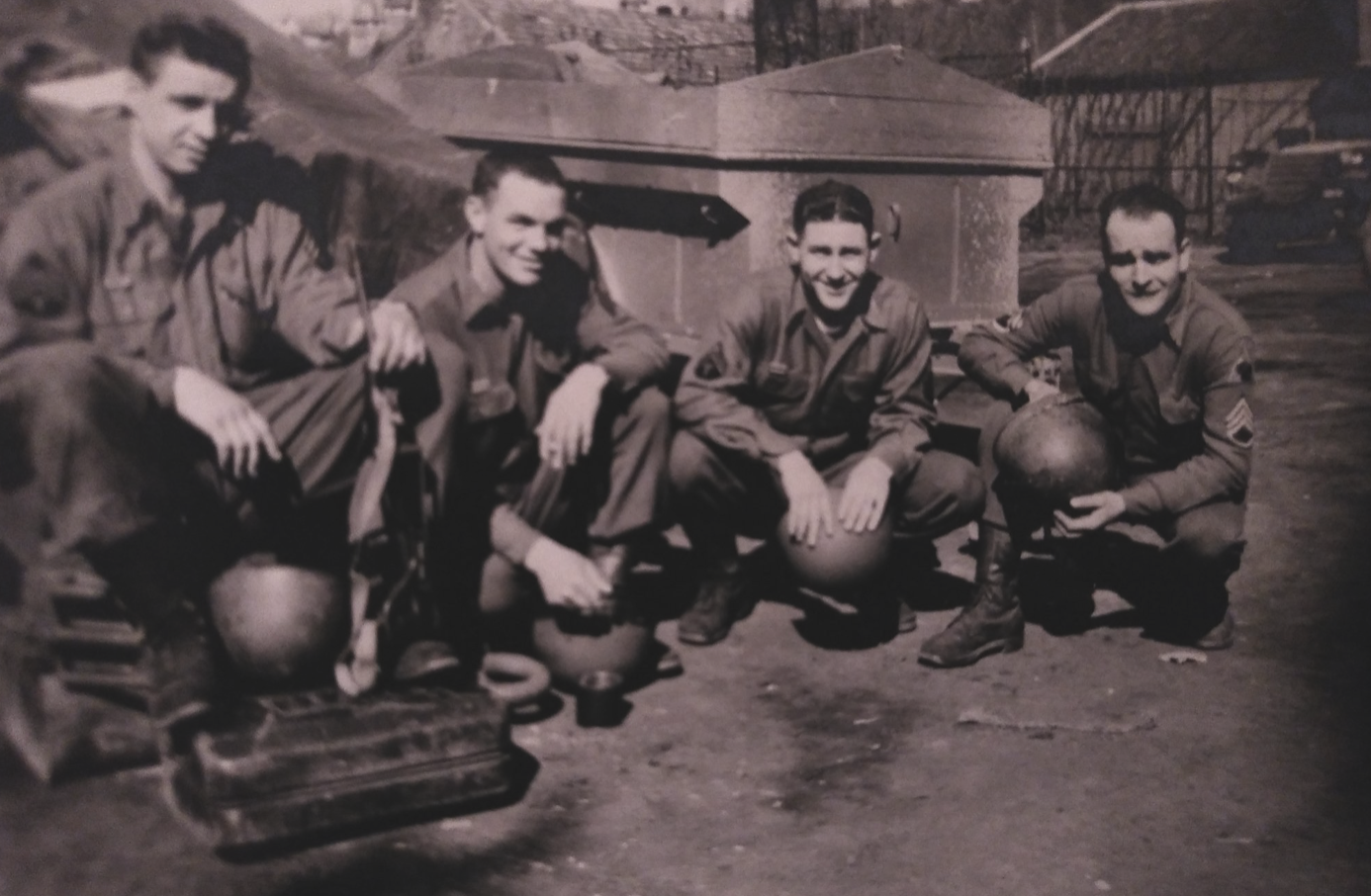 After the Bulge, my grandfather returned to the 9th Armored Division. He was with them in March, 1945, when they captured the Ludendorff Bridge at Remagen — and in May, 1945, when they liberated Zwodau and Falkenau, subcamps of the Flossenberg concentration camp.

He returned home from war with a Presidential Unit Citation, but these photos and most of his story remained buried in a closet in his Delaware home until after he passed away in 1994. 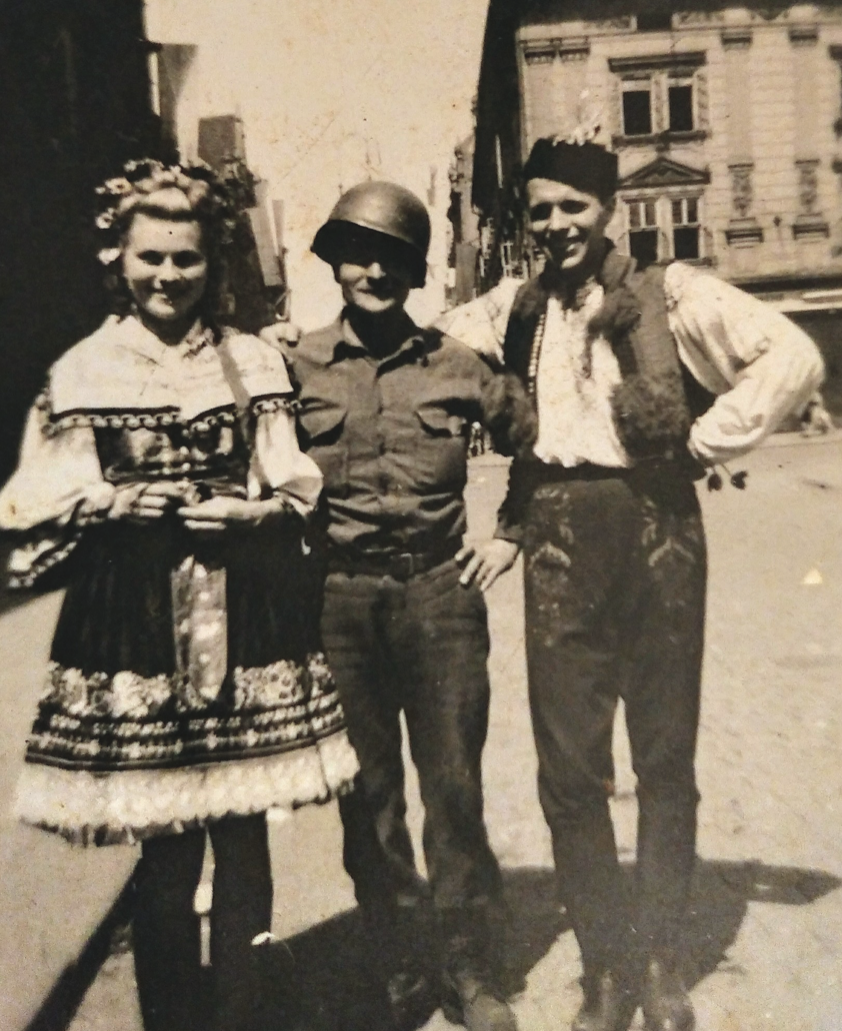 Love Islands Jess Shears is glowing in cute video with new baby as she...

F1 2019 Game Review: The series best release yet is much more than better...

Business can help Britain lead the green race to a better...