Special counsel Robert Muellers report on the now-completed Russian investigation redacted virtually all of the content explaining the structure of the internet troll farm accused of interfering in the 2016 U.S. election.

Muellers nearly 400 page report, published Thursday afternoon, effectively blacks out an entire sections pertaining to the Internet Research Agency, a Russia-based agency that sought to inject itself into the U.S. political system. A portion of the report, which begins on page 15, titled “Structure of the Internet Research Agency” is darkened and only contains superficial details about the group.

A federal grand jury issued indicted 13 Russian nationals and three Russian companies in 2018 who were suspected of interfering in the 2016 election. They used three companies — the Internet Research Agency, Concord Management and Concord Catering — to carry out the scheme, according to the indictment.

The indictment also suggests that many of the IRAs efforts were aimed at hurting former Secretary of State Hillary Clintons election chances by boosting her opponents, including then-presidential candidates Donald Trump and Vermont Sen. Bernie Sanders. The operation continued after the 2016, with the operatives organizing counter-rallies “protesting the results of the 2016 U.S. presidential election.” 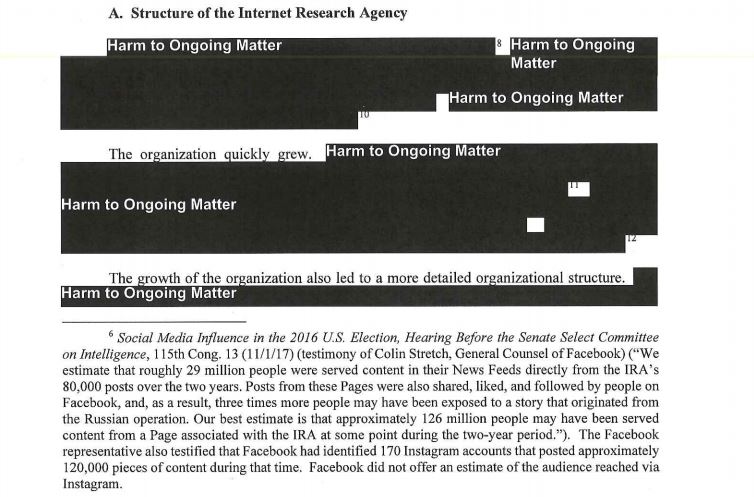 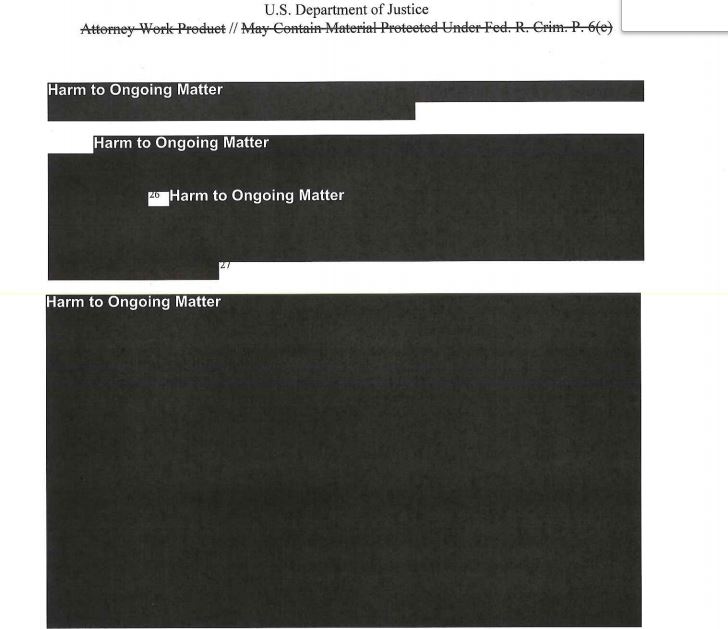 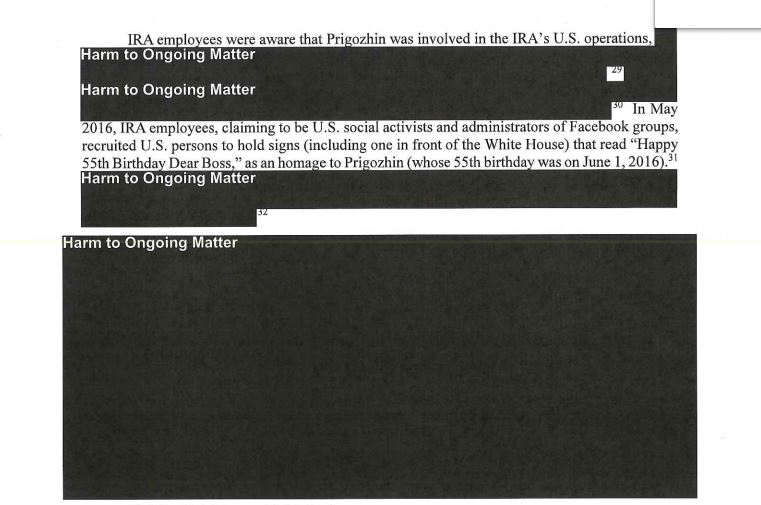 ‘1917’ brings a masterful new dimension to the war epic

Trump’s appalling statement on the Eagles

admin - June 6, 2018
0
Here's the key part of the statement:"The Philadelphia Eagles are unable to come to the White H..

Fitness advice: How keeping a diary could help you hit your...

California Ushers in 2018 with Ammunition Control