By indicting Russian nationals and entities for meddling in the 2016 US election, FBI Special Counsel Robert Mueller seeks to drag the probe out for his own gain, Virginia State Senator Richard Black told RT.

Thirteen Russian individuals and three entities, were accused of attempting to advance the presidential bid of Donald Trump and tarnish the reputation of Hillary Clinton with the ultimate goal to “spread distrust towards the candidates and the political system in general.” However, none of the activities described in the indictment were able to sway the vote, US Deputy Attorney General Rod Rosenstein told media.

According to Black, the lackluster outcome of the ever-widening investigation invokes suspicion that although Mueller knows there’s nothing substantial to uncover, he and his team will continue feeding the media headline-grabbers to keep his rather lucrative job.

“To a certain extent, I think, Robert Muller is struggling to keep alive his position of a special counsel. The special counsel has already earned 7 million dollars. When you become a special counsel, you have an open checkbook for the US Treasury and you are guaranteed to become a mega-millionaire if you simply can drag out the proceedings,” Black told RT.

“I suspect that this is just a case of dragging out the proceedings, throwing some indictments on some silly things – not registering as a foreign agent – that typically is not prosecuted, but they are prosecuting it in this case because they are running out of ideas.”

The latest twist of the Russia probe saga, which has so far failed to provide any proof of Trump’s collusion with Moscow, indicates that “there is simply nothing there to go after,” Black said. He noted that since both sides appear to agree that the alleged meddling could not have changed the outcome of the election, the probe is essentially “irrelevant.” 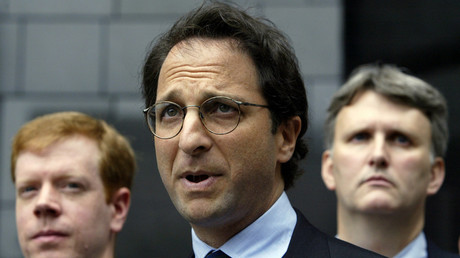 The record of US intelligence, which is no stranger to providing “completely fabricated” intel, does not lend much credibility to the “intelligence assessments” over the Kremlin’s alleged role in the election, Black said.

“I’m not really impressed, I want facts; I don’t want some generalized conclusions from these intelligence agencies,” he said, noting that if he were Trump, he would ask them to “show precisely” what evidence they have in their hands.

Back believes that what is really on the agenda is to rein in Trump so he will not oppose the hawks in their pursuit of hostile foreign policy towards Russia.

“One of the things they wanted to do is to undermine Donald Trump and to keep him constantly on the defensive against Russia so he cannot do the rational thing, which is to reduce the tensions with Russia, to draw back from the Russian borders,” he said, noting that the “deep state” seeks confrontation with Russia as it allows them to “sell weapons and increase the size of the military.”

Speaking about the claims that Russia-linked operatives spent $100,000 on Facebook ads to promote divisive social and political issues to stir up American voters, Black compared it with “throwing a penny to a beggar,” arguing that by “creating chaos” in the election, nobody could have achieved anything, “no matter who they are.”

Cloudflare gets into registrar business with wholesale domains and free privacy

admin - October 31, 2018
0
The horrific, hate-filled minutes were a raw manifestation of anger, division and anti-Semitism. But..