A mass shooting had just started at her Kentucky high school. Bailey's mother panicked at hearing the news and kept trying to reach her daughter, but to no avail. Finally, Bailey called her mom back. It was one of the final acts of her young life. "She called me, and all I could hear was voices, chaos in the background," her mother Secret Holt told CNN affiliate WKRN. "She couldn't say anything, and I tried to call her name over and over and over, and she never responded."Bailey died Tuesday at Marshall County High School in Benton. Another 15-year-old, Preston Cope, died at a hospital. By the end of the rampage, 16 other people had been shot — including Bailey's first boyfriend, who was shot in the face but survived, Bailey's parents told WKRN. The young couple started dating six months ago. After the mass shooting, buses took surviving students to another school, where parents waited. Secret and Jasen Holt waited for Bailey to walk off one of the buses. But she never did.

Though she was only 15, Bailey already knew she wanted to be a labor and delivery nurse, her family said.Jasen Holt recalled driving his daughter to school Tuesday morning and kissing her goodbye for the last time. "She was perfect in every way," Jasen Holt told WKRN. "She was an angel here on earth. She was a perfect angel."Authorities haven't identified the 15-year-old suspect, who is charged with two counts of murder and 12 counts of first degree assault.Bailey's mother said she's praying for him and his family, too."Whatever that kid had going through his mind, I don't know," she said. "But if he needed a friend, I know she would've been a friend to him and talked to him about anything he needed, because that's just the kind of person she was." 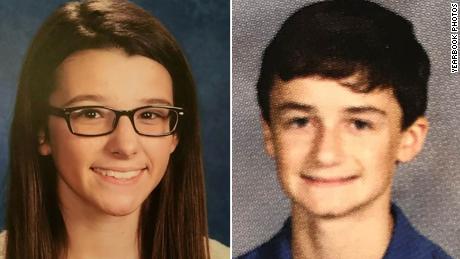 Holt's best friend, Johanna Davis, told CNN she was "goofy and funny and super sweet." "Her smile was so contagious," Davis said. "Everybody loved her. Nobody knew one bad thing about her because she was always positive." She'll miss their jokes, "ranting about boys," and late-night trips to Pizza Hut, Davis told CNN. Now, all she has are the pictures and memories that Holt has left behind. Davis doesn't attend Marshall County High School, but she's friends with people who are students there. She said she wants the alleged shooter to know how many people he's hurt."I would forgive him, obviously," Davis said. "But I would also let him know the pain that he put everybody else through."

The suspect — who has been charged with two counts of murder and 12 counts of first-degree assault — made his first court appearance on Thursday morning, Marshall County Assistant Attorney Jason Darnall said. Authorities have not named the suspect because he is a juvenile. 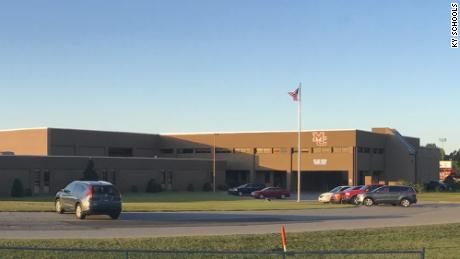 Prosecutors notified the court they would ask for the case to be transferred from the juvenile court system to Marshall County Circuit Court under youthful offender provisions, Darnall said. The suspect was ordered to be detained at a location to be determined by the Department of Juvenile Justice until his next hearing.Darnall previously told CNN this was his office's likely course of action in the case, and explained Kentucky's youthful offender provisions allow the suspect to be charged in an adult court, if a judge rules it meets criteria. A grand jury is expected to meet on February 13, and the charges could change, Darnall said earlier this week.

CNN's Amanda Watts and Nick Valencia contributed to this report.

This California fire evacuee planned a home birth. Instead, she had her baby at...

admin - July 8, 2019
0
It would be the largest penalty yet under a tough privacy rule known as the General Data Protection ..

Migrant caravan won’t get much sympathy

admin - November 26, 2018
0
They started to gather from before daylight. Men, women and children, sleeping rough in a sports gr..