Millicent Fawcett is the subject of todays Google Doodle, which depicts her at the forefront of a womens rights activist group.

Today would have been the suffragists 171st birthday.

In April Millicent was commemorated with a bronze statue in Parliament Square, Westminster.

She became the first female, joining 11 male statues, outside Parliament.

The statue shows Millicent, who was considered an instrumental force in women getting the vote, with a banner reading “Courage calls to courage everywhere”.

This was one of her most inspirational quotes, which continued: "And its voice cannot be denied".

Sadiq Khan, Mayor of London, said at the time: “When you think of the great people in Parliament Square and when you realise that not one of them is a women, it sort of begs the question, are we saying there havent been incredible women in the past?

“That our country hasnt been built on the back of great women?”

The unveiling of the statue seemed fitting because 100 years ago the same space was used for both peaceful protests and violent clashes which took place between the sufferage movement and the police.

Millicent campaigned for womens right to vote in the early 20th century, as is seen as “one of the most influential feminists of the past 100 years”.

She was a feminist, women's rights activist and political leader. 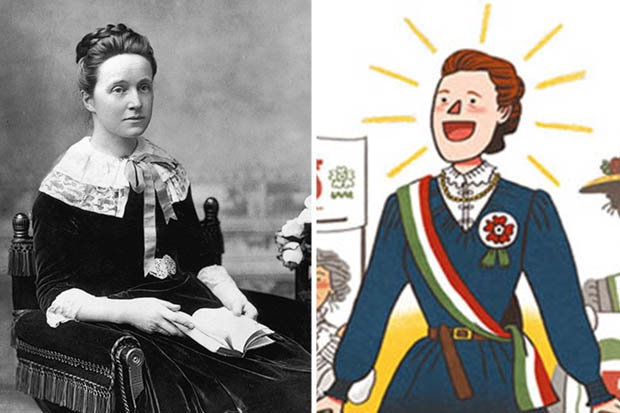 MILLICENT FAWCETT: She was one of the most influential women in the last 100 years

“After these things are done, we must see about getting the vote”

Who was Millicent Fawcett?

Her parents, shipowner and political radical Newson Garrett and his wife Louisa, had ten children, and the family had a happy home.

According to biographers Ray and Barbara Strachey, in the home the “children were encouraged to be physically active, read widely, speak their minds, and share in the political interests of their father, a convert from Conservatism to Gladstonian Liberalism.”

One of the pivotal moments in Millicents life was when she went to hear MP John Stuart Mill speak when she was 19 in 1866.

The radical political supported the womens suffrage movement and equal rights for women.

Together with a group of young women, including her sister Elizabeth Garrett Anderson, who became Britains first female doctor, and suffragist Emily Davies, they formed the Kensington society.

Emily is said to have told Elizabeth: “It is quite clear what has to be done. I must devote myself to securing higher education, while you open the medical profession to women.

“After these things are done, we must see about getting the vote. You are younger than we are, Millie, so you must attend to that.”

The remarkable women started collecting signatures for the petition for womens suffrage the same year – despite Millicent not being old enough to sign it herself. 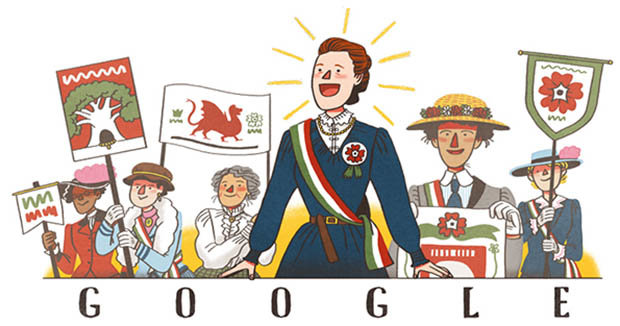 GOOGLE DOOGLE: Millicent Fawcett is being honoured on her 171st birthday

One year later, in 1867, she married Henry Fawcett, a radical politician and professor of political economy at Cambridge.

In 1870 she wrote the textbook Political Economy for Beginners, and also co-authored the book Essays and Lectures on Social and Political Subjects with her husband.

When the general election in 1880 was won by William Gladstone and the Liberal Party, she wrote a letter to him on behalf of the female members of the party.

She wrote: “We write on behalf of more than a hundred women of liberal opinions, whose names we index, who are ready and anxious to take part in a deputation to you, to lay before you their strong conviction of the justice and propriety of granting some representation to women. 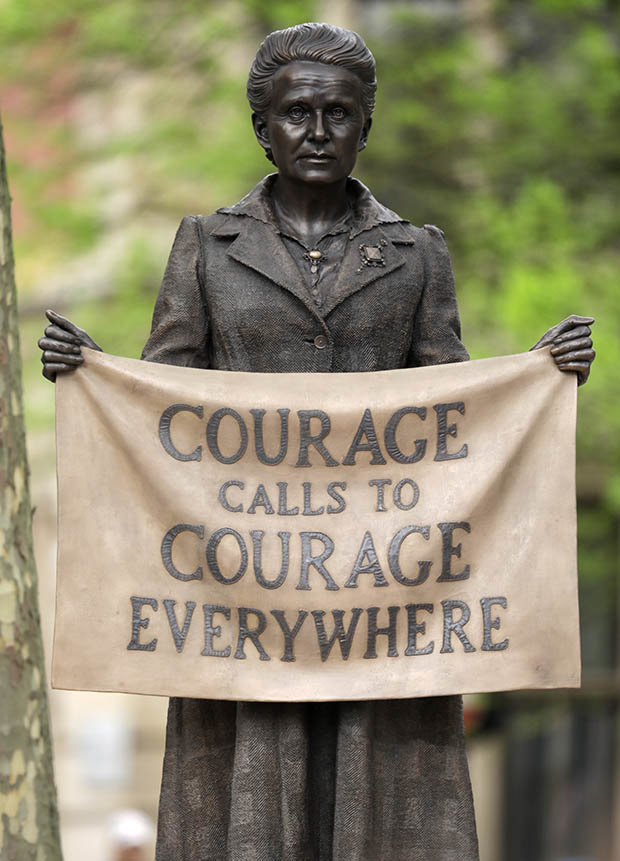 “Believing our own claim to be not only reasonable, but also in strict accord with the principle of your Bill, we are persuaded that if you are able to give any recognition to it, there is no act of your honourable career which will in the future be deemed more consistent with a truly liberal statesmanship.”

In 1907 she became president of the National Union of Womens Suffrage Societies (NUWSS).

The organisation, which she lead until 1919, had a whopping 100,000 members and was the largest organisation of its type at the time.

The NUWSS campaigned for votes for middle class property-owning women.

On February 9, 1907 Millicent lead the infamous “mud march”, or United Procession of Women, which coincided with the opening of Parliament.

This peaceful march was the largest suffrage demonstration to date, and attraction an immense press coverage for the cause.

There was intensely muddy conditions, but thousands of women still marched for their rights.

It is worth noting Millicent was a suffragist, not a suffragette.

A-list celebrities out in force for anti-Trump women's marches

Dozens of celebrities worldwide joined marches held alongside the Womens March on Washington. 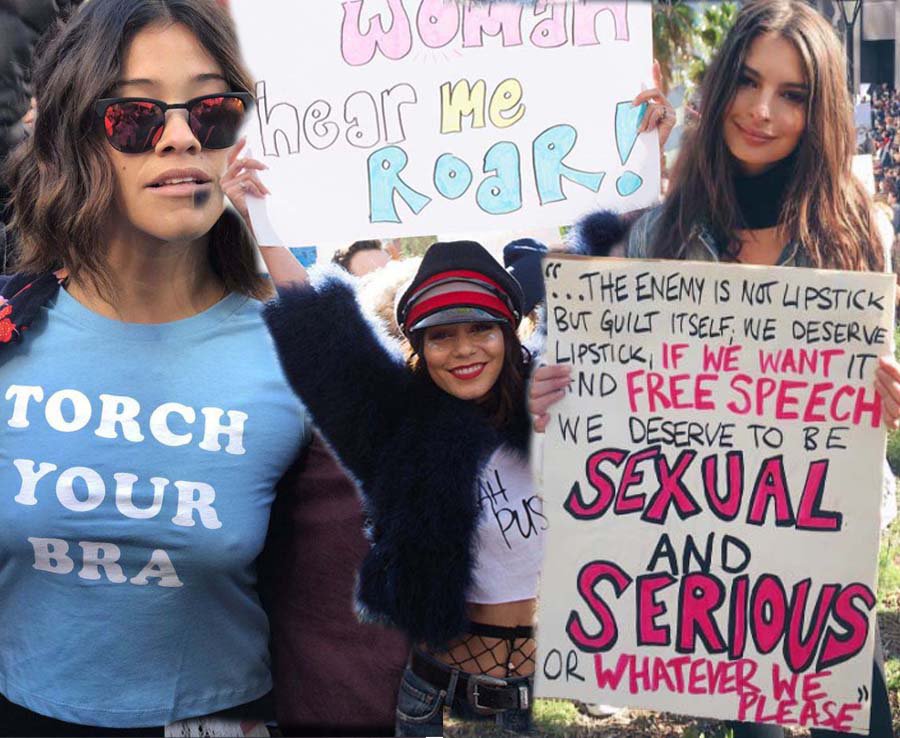 This meant the group believed they could achieve success by using peaceful tactics – non-violent demonstrations, petitions and the lobbying of MPs.

She later said: "I cannot say I became a suffragist. I always was one, from the time I was old enough to think at all about the principles of Representative Government."

Emmeline Pankhurst was one of the founding members of the NUWSS, but differences in opinion meant the more militant Emmeline left to form the Womens Social and Political Union.

Despite differing in ideology, the two movements worked together throughout the First World War for the cause.

Womens efforts int he War was recognised by the government who passed the Representation of the People Act in 1918.

This meant all men who were aged above 21, and all women over 30 who owned £5 of a property, or had husbands who did, could vote. 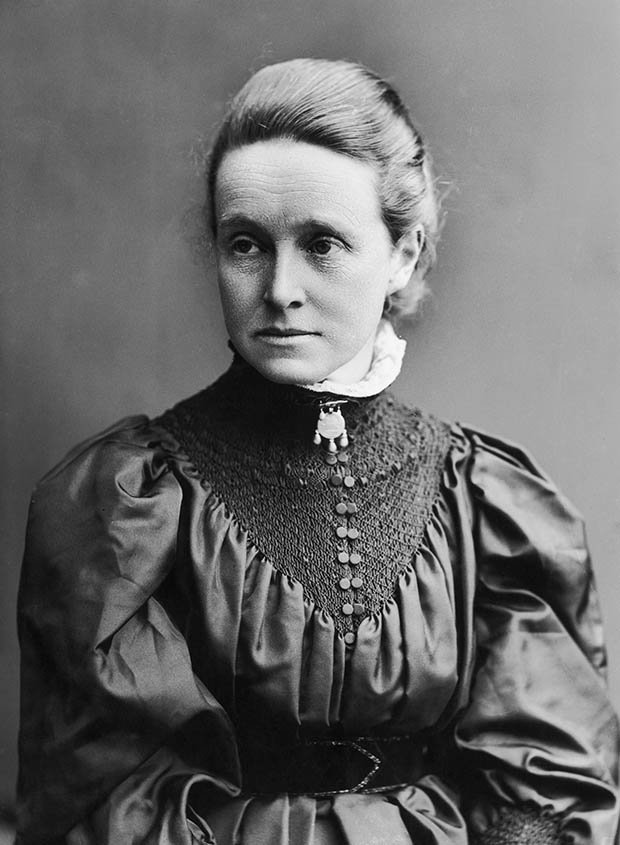 Millicent was awarded a Damehood by King George V in 1925 for her work.

This included co-founding one of Britains first womens only colleges, Newnham at Cambridge University.

The suffragist continued to campaign for womens rights until she died at the age of 82 on August 5, 1929.

She died one her after universal suffrage was granted to all women in the UK.

Trials for small-scale live performances amid Covid-19 to begin on Sept...

admin - September 4, 2020
0
SINGAPORE – Small-scale live performances will be held at selected venues from Sept 11, the National..

Despite different commentaries, Infosys and TCS converge on target