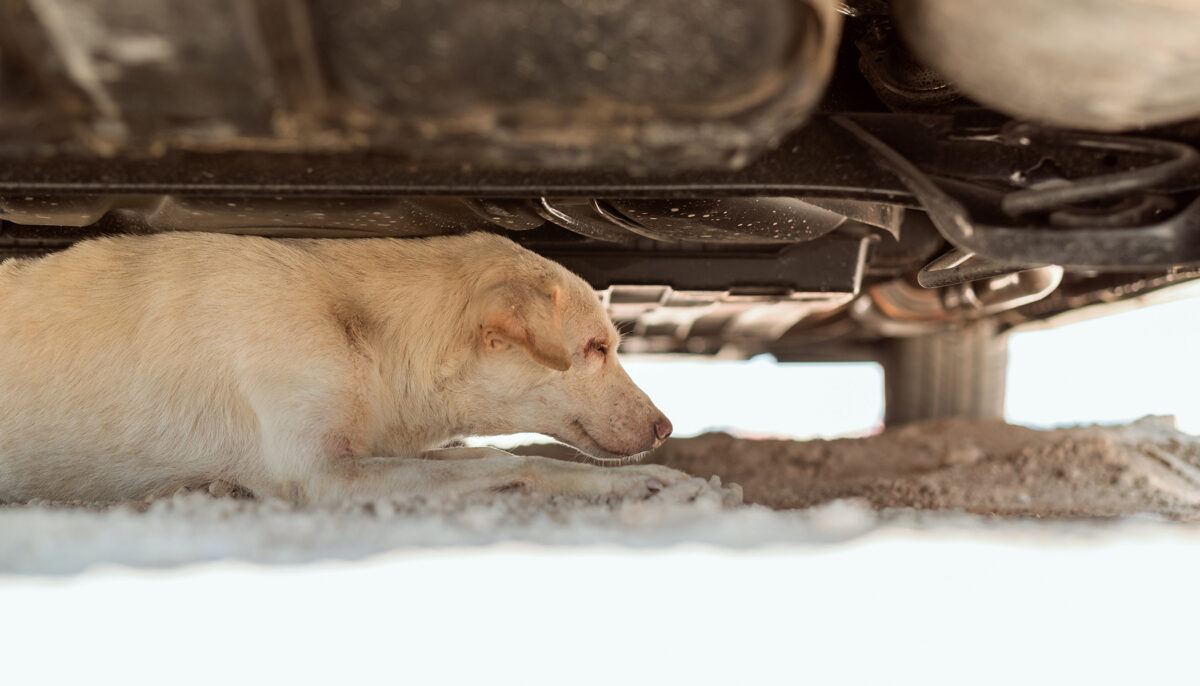 A jogger in Atlanta, Georgia, returned to her car to find a mauled dog trembling beneath it. The jogger called animal control and an officer swiftly arrived to collect her. The dogs demeanor, however, took both good Samaritans by surprise.

Rather than exhibiting aggression, the then-4-year-old, filth-covered, 19-pound (approx. 9-kilogram) dog dragged herself out from underneath the car and into the arms of her rescuers.

The dog had been attacked. Her visible injuries included a broken jaw, a split and shattered leg, and dried blood indicative of further and more concealed injuries.

The animal control officer didnt have the heart to transport the dog in the back of his truck; he rode with her on his lap instead. New York City-based Second Chance Rescue (SCR), despite being overcrowded and underfunded, immediately expedited the injured creature into emergency veterinary care.

SCR later took to Instagram to update their followers, writing, “Lilac was attacked by multiple dogs for what seems like days on end,” they explained. “Her gruesome injuries are beyond the scope of what animal control can [do] for her there.”

LILAC THE ANGEL LAMBCHOP UPDATE—–*******Dr. Terry is gonna be sooooooooooooooo pissed when she sees all of the…

The rescue center quickly ascertained the extent of Lilacs ordeal. “Lilac has endured suffering for a very long time,” they said. “She is filthy and the smell coming off of her is vile. These wounds are not brand-new and she is downright traumatized.”

Lilacs veterinary inspection revealed that beyond her severely damaged leg and a broken jaw, the dog had also sustained serious abdominal trauma; she had a bullet lodged in her abdomen.

Both SCR and their online community were enraged to learn that the dog had been shot. The rescue center took action by advertising a $10,000 reward for any information leading to Lilacs abuser before redirecting their energy toward the sweet dogs long road to recovery.

Surgery was the only option, and Lilac faced two significant procedures. The first would repair her badly broken jaw but would necessitate removing teeth and cutting and replacing jaw bone. The second would be an entire left front leg amputation.

“We will see her through this, this is commitment,” SCR shared online.

LILAC had a great weekend!!She wants to let everyone know that this week and next week SECOND CHANCE RESCUE NYC DOGS is making 2 major announcements!Stay Tuned!

On June 1, 2018, Lilac endured a complicated five-hour surgery. The medical staff removed the lodged bullet and reconstructed her jaw. As predicted, vets were unable to save her leg due to necrosis and sepsis.

Recovering in the ICU, Lilac initially refused to eat on her own. There was one function that was not impaired by surgery, however; Lilac would not stop wagging her tail.

Lilac was hand-fed by devoted aftercare staff and had a draining bag attached to assist the healing of her amputated front leg. SCR commended the dogs fighting spirit in an update on Instagram. “We have been saving animals for almost 10 years,” they said, “and know one thing for certain, animals will give up when they want to. Obviously, she does not want to give up.”

Lilac was moved to SCRs affiliate center, Barbie Dreamhouse Rehab, for further rehabilitation and life-saving heartworm treatment. She soon started to eat on her own, and, lovingly wrapped in a T-shirt to protect her healing scar, started to embrace life on three legs.

Lilac The Lambchop update******Lilac wants everyone to have a wonderful weekend. Lilac gets to enjoy this beautiful weeend because she matters. She fought for a very long time to get to where she is today. She may have lost her leg, but she gained a family the size of the universe.She is receiving so much love from those in the hospital and from all over the world! We are so touched by the outpouring of support and unconditional love for Lilac. Today's outfit is brought to you by Dr. TerryWe will keep everyone abreast of her progress and we would like to thank all of you once again for loving this little Lambchop!#BECAUSETHEYMATTER

Forget $1,000 smartphones — here are three great options for under...

The Smoke Rooms State Of The Union: The Rise Continues

New homes going on the market this weekend in London