Lavrov dedicated the opening of his annual press conference Monday to castigating the US, which is expected to soon issue a fresh round of sanctions against Russia over its interference in the 2016 US election. Russia has long denied meddling in the vote. Lavrov criticized the US for issuing regular "threats" in relation to events in North Korea and Iran, saying they had "further destabilized" the global situation.He did not mention President Donald Trump by name, but the US President has issued stern threats to North Korea and Iran, sending a series of fiery Twitter posts attacking the leadership in both nations.Trump has openly ridiculed North Korean leader Kim Jong Un on Twitter over Pyongyang's missile and nuclear testing and threatened military intervention. He recently lambasted the Iranian leadership for being repressive, "brutal and corrupt," and supported anti-government protesters challenging the government in six days of rallies. Lavrov accused the US of provoking tensions on the Korean peninsula. "The United States quite plainly says that the military confrontation is inevitable, however, everyone understands the catastrophic consequences of such recklessness," he said.He also criticized the US for expanding its military exercises around North Korea, "which provoked a new escalation of tensions," while others were working through diplomatic channels to resume talks with Pyongyang.

Lavrov warns US on Iran deal 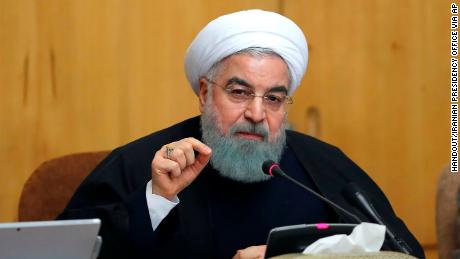 Lavrov warned the US not to back out of the Iran nuclear deal. Trump had vowed to tear up the 2015 agreement, brokered by the Obama administration, alongside several European allies, Russia and China. The deal obliges Iran to restrict its nuclear program in exchange for eased sanctions.Trump signed a waiver on Iran sanctions Friday under the deal, but signaled that he would not do so again. He has been under pressure from foreign allies and, according to US officials, his own national security team to stick to the deal. The day he signed the waiver, however, Trump also announced new separate sanctions on 14 Iranian individuals and entities, in a move that has rattled Tehran.Lavrov said that US threats to walk away from the deal would undermine any future agreement with North Korea."It's sad that United States once again gives a reason to doubt their ability to be reliable contract partners," he said. "And if this agreement is being taken aside and Iran is being told — you stay within the frame of agreements but we will return the sanctions — well, put yourself in place North Korea's place. They are being promised that sanctions will be lifted if they say no to their nuclear program, what if they do it but sanctions are still there?"Relations between Moscow and Washington deteriorated in 2017, as several US investigations into alleged Russian meddling in the 2016 election got underway. The US tightened sanctions against Russia and closed several of its diplomatic compounds in the country, while Moscow forced the US to cut back on its diplomatic staff in Russia. Lavrov laughed when CNN asked if he regretted Trump's ascension to the presidency, given the diplomatic tumult, and whether he might now prefer it if Hillary Clinton had won the election."This is not what diplomats do — regret something that has happened. We work with facts, and facts are what we have today, so we just do what needs to be done to advance Russia's interests under the current circumstances," he responded.US officials have not publicly responded to Lavrov's comments.

How to do your homework when buying a new build

admin - April 29, 2020
0
1 DECLUTTER: Separate old from new[hhmc] Go through your clothes and accessories, and reassess your ..

Coronavirus: Fans turn to online streams to get their dose of...

Dec to host without Ant after drink-drive arrest

New skirmishes erupt on the border between Armenia and Azerbaijan