"Well, first of all, I want to explain my black eye," Carter, who walked with a cane, said. Carter, who turned 95 last week, held the podium as he gave brief remarks kicking off the 36th Jimmy and Rosalynn Carter Work Project with Habitat for Humanity. While getting ready to go to church at his home in Plains, Georgia, Sunday morning, Carter said, "I fell down and hit my forehead on a sharp edge and had to go to the hospital. And they took 14 stitches in my forehead and my eye is black, as you've noticed. But I had a number one priority and that was to come to Nashville and build houses." The former President acknowledged that he and his wife would be having a "limited schedule" throughout the build this week."We'll be doing the best we can," Carter said, adding that he and the former first lady will be working on the porches of each of the 21 homes built in Nashville this week so that all of the Habitat houses "will have something we built."Rosalynn Carter, 92, also spoke, telling volunteers, "I have great admiration for all of you. In fact, I love all of you for coming out."She wished them good luck, and shared some personal wisdom: "If it rains, don't worry about it, just get wet." 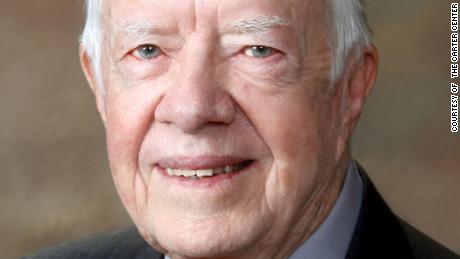 The Carters were introduced by country music legends and Habitat volunteers Garth Brooks and Trisha Yearwood. Yearwood walked off the stage arm-in-arm with the former President, as Brooks stood with Mrs. Carter. After remarks from one of the future Habitat homeowners, a high-spirited Carter skipped back on stageRead More – Source

EU leaders gear up to counter Moscow on hacking threat

Read this before you see ‘Avengers.’ You’re welcome

James Bay comes back – with a twist

admin - October 30, 2018
0
An airplane flew over 800 miles off its usual course and still landed at its destination on time tha..