But at the soccer practice, the head coach of the El Paso Fusion Soccer Club was moving slowly and he limped."It's very frustrating. I want to do things that I can't, that I need to ask for help, that I need to have somebody help me," Calvillo said. "It's hard, but I need to learn that I'm not alone (and) that people are there for me."The coach and the team's parents were holding a fundraiser in front of the Walmart near Cielo Vista Mall when a gunman opened fire on August 3, killing 22 people.The girls, ages 10 to 11, were wearing their light blue jerseys and dark shorts, and were standing at the store's grocery entrance holding signs for aguas frescas and chicharrones (pork rinds). "I remember hearing the shots on Walmart and just thinking to myself, 'God, please don't let anything happen to the girls'," said Calvillo, who was a few yards away at the fundraiser table.While the girls were not wounded, Calvillo was shot five times. He also lost his dad, Jorge Calvillo Garcia, who died before help could arrive. It's been three months since the gunman, targeting Mexicans and Mexican-Americans, shattered the well-being of this community. Dozens of survivors are fighting to get their lives back. While they slowly recover from severe physical injuries, many still see the bloodshed in the form of vivid nightmares. They struggle financially because they can't return to work just yet. "I jump when I hear loud noises and I can't sleep because of the nightmares," said another survivor, Arnulfo Rascon. "Sometimes it's like I'm living it all over again and other days I dream that someone is chasing me. There's always a McDonald's or a Walmart." 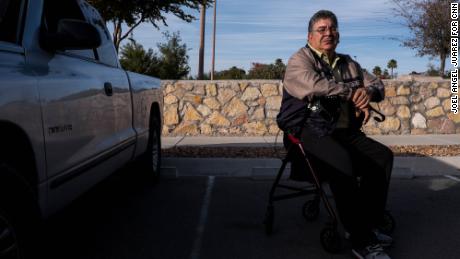 About 400 people are currently seeking aid from One Fund El Paso, the victim's relief group handling the more than $6 million raised by the community for victims of the shooting, said coordinator Stephanie Karr. The applicants include family members of those who were killed, people who received hospital or outpatient medical care, and those who need mental health services. But estimates indicate that hundreds more could have been shopping at the Cielo Vista area Walmart that morning, officials said. 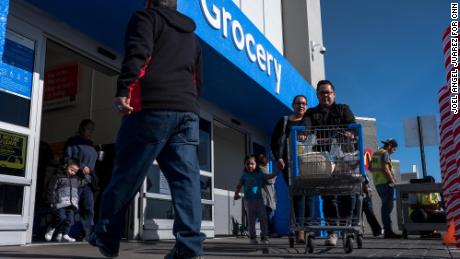 Veronica Carbajal, an attorney at Texas Rio Grande Legal Aid, said there's different types of aid for victims to cover anything from housing to medical bills.And those who apply for assistance in many cases found themselves struggling because some programs don't pay out right away. "Unfortunately, the world didn't stop on August 3rd for them," Carbajal said. "They are dealing with physical pain and mental pain, but the bills are still due."Rascon, 56, severely injured his knee when he ducked to the ground to avoid the gunfire. The kitchen cabinet salesman had a knee replacement and hasn't been able to return to work. 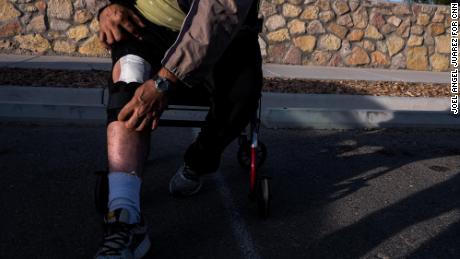 "My savings are running out," Rascon said. "Everybody promises aid, but you don't see much of it when you actually need it."

When the gunfire stopped, they were surrounded by death

Mario De Alba Montes has spent the past 105 days hospitalized, recovering from a series of internal injuries."I've lost a lot of weight," said De Alba Montes, 45, as he pointed to a bag full of white liquid nutrients. "I feel weak and get tired quickly because I can't eat food (orally) until I have another surgery." The washer/dryer repairman, his wife and their 10-year-old daughter were shot; their injuries have kept them from going home to Chihuahua City, about 220 miles south of the US-Mexico border. 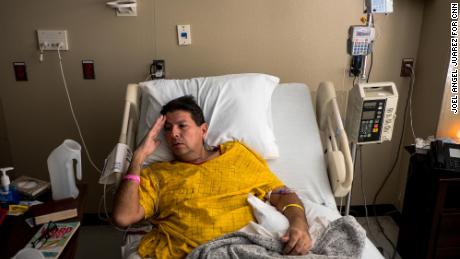 A road trip to El Paso meant to last no more than a couple of days turned into months of surgeries, hospital rooms and intravenous tubes.The day before the shooting, De Alba Montes drove more than four hours to the El Paso airport and picked up his wife, Oliva, and their daughter, who had been visiting family in Denver. Early the next morning, they headed to Walmart to buy back-to-school supplies. They were preparing to go to a nearby IHOP for breakfast when De Alba Montes heard the gunshots.The three hid in a bank across from the registers with about a dozen others. As De Alba Montes shielded his family, a bullet came through his back. Other bullets hit his wife's right thumb and one of her breasts, as well as their daughter's leg.When the gunman walked away, they looked up and faced a horrific scene. There was blood everywhere and everyone around them appeared to be dead."We picked ourselves up from among the dead," De Alba Montes' wife, Oliva Rodriguez Mariscal, recalled. The family rushed outside as De Alba Montes was getting weaker by the minute. Soon, paramedics arrived. 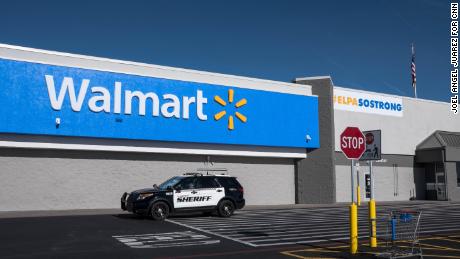 He suffered several broken ribs and the bullet that came through his back damaged his stomach, his intestines and a renal artery. While the father remained in the intensive care unit, his daughter was released within days. Doctors had to reconstruct one of Rodriguez Mariscal's breasts and her right thumb. Rodriguez Mariscal, an elementary teacher, spends her mornings visiting her husband at along-term acute care hospital and her afternoons with their daughter, who is attending school in El Paso.

The pain won't keep them from their faith

De Alba Montes smiles when he talks about his life in Chihuahua, where the three of them would eat out and then go watch a movie at the popular Fashion Mall Chihuahua on weekends. In the past month, De Alba Montes started getting out of his bed with the help of nurses and taking a few steps with the walker. Now, he's able to cover about 2,000 feet.Under his yellow patterned hospital gown, the clear and white bandages protect the fistula in his abdomen that is keeping him under medical care until he can undergo surgery next year.Skylier Blake, chief executive officer at El Paso Ltac Hospital, the facility where De Alba Montes is being treated, said multiple facilities and doctors have helped the family with medical expenses pro bono for the past months. In a few days, the father will be taken to a skilled nursing facility, Blake said.From the small table next to his bed, De Alba Montes grabs a crossword book and multicolored pencil but more often than anything, he finds himself reaching for his Bible. Once a week, a relative comes and prays with him. 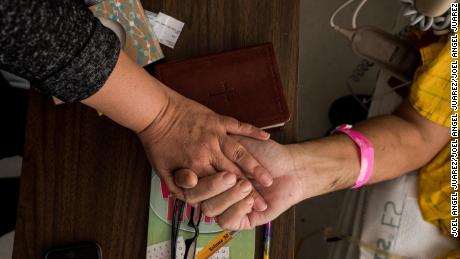 His wife, Rodriguez Mariscal, says their faith is stronger than ever despite the nightmare that shadows the family. "I am convinced that God was with us that day. Neither human power nor anyone could have saved us, only God," she said. "If someone does not believe in God, come look at us.""I know God will be with us until the end, because there's a reason he let us live, he has a mission for us," she added.

It's unclear how long it will take before De Alba fully recovers and can go home.While the state's compensation programs are helping hundreds of victims with expenses not covered by insurance, the De Albas and other Mexican nationals are not eligible. Victims qualify for aid only if they are residents of Texas or any other state in the United States, according to state law. This Walmart store is often the first stop for commuters from neighboring Ciudad Juárez, Mexico families, Fort Bliss families and longtime customers from nearby neighborhoods.When asked about the De Alba family, a spokeswoman with the Texas Attorney General's Office said the agency cannot comment on individual claims, but noted that the crime victims' services division has approved 132 applications linked to the shooting and paidRead More – Source

admin - May 11, 2018
0
MEG KENEALLY Meg Keneally started her working life as a junior public affairs officer at the Austra..

Trump pulls back from trade war with China

admin - May 21, 2018
0
The US has pulled back from starting a trade war with China that could have sent shockwaves through ..