Sol Pais, 18, traveled to Colorado this week from her home in the Miami suburb of Surfside. As soon as the Miami high school student arrived in Denver on Monday night, she legally bought a pump-action shotgun at a shop less than two miles from Columbine High School, the FBI said. Authorities in Miami notified their Denver counterparts that she was armed and considered a threat to the Columbine High School, leading to a shut down of at least 19 school districts in the Denver area. About 24 hours later, she was found dead in the mountains outside Denver on Wednesday. Schools will reopen under tightened security Thursday for a Denver suburb already edgy with the 20th anniversary of the Columbine High School mass shooting just days away.

She made 'troubling' comments about Columbine

Since her death, alarming details have emerged about her past along with an electronic trail on a website that appears to allude to her plans.Pais had made credible but not specific threats before and after traveling from Miami to Denver on Monday night, said Dean Phillips, the agent in charge of the FBI office in Denver. Pais first raised suspicions with comments she made to people in Florida, the FBI said. Those comments were shared with police, who notified federal officials, he said, without elaborating on what they were. "She made several comments to folks that we obtained through interviews … comments that were troubling with regards to her infatuation with Columbine, the recognition that the Columbine anniversary is coming this week," Phillips said. In addition to the comments, authorities discovered that she had bought three one-way tickets from Miami to Denver for Monday, Tuesday and Wednesday, Phillips said."Things like buying three one-way tickets on consecutive days, very unusual activity … that caused us great concern that obviously we worked quickly to identify and address," Phillips said. She arrived in Denver with the ticket she bought for Monday, he said. After her arrival, the FBI received concerning information about her and worked to track her down and retrace her steps. By then, she'd already bought a gun and was nowhere to be found.

A rideshare pinpointed her location

After law enforcement officials found out she was already in the state, they issued an alert Tuesday saying that she was last seen wearing a black shirt and camouflage pants.Investigators discovered that she was moving around Jefferson County, where Columbine High School is located, in an "Uber-type of a system," Sheriff Jeff Shrader said. A driver had dropped her off at the foothills of Mount Evans, the FBI said.Police waited for daylight to begin scouring the area for any clues on her location. "It was a long night, we had a 24-hour command post," Phillips said. She was found dead Wednesday morning of an apparent self-inflicted shotgun wound. Her body was found at the base of Mount Evans, a national recreation area outside Denver, Phillips said.It's unclear why Pais went to Mount Evans, about 60 miles west of Denver. The driver of a rideshare or another vehicle dropped her off there, and later helped police pinpoint the location, authorities said.

She appeared to keep an online journal

Investigators are looking into a website believed to be connected to her, an FBI official said. 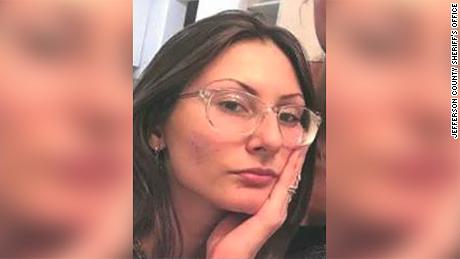 The website, which CNN is not naming, had scanned, handwritten journal entries from someone who signed them Sol Pais.Some of the journals are barely legible — sometimes because of handwriting, other times because of the scanning. TheRead More – Source

admin - April 19, 2018
0
"They see the NRA and its allies – whether mealy-mouthed politicians or mendacious commentators pedd..

admin - February 10, 2018
0
Reg E Cathey who starred in popular US television dramas The Wire and House of Cards has died at the..