Currently, under the Affordable Care Act, food establishments have until May 7 to comply with requirements to add calorie information labels to the food items they serve and offer, according to the US Food and Drug Administration (PDF).Those requirements apply to chain restaurants or food establishments that have 20 or more locations, and vending machine operators who own or operate 20 or more machines.On Tuesday, the House passed legislation that would amend exactly how those restaurants and retail food businesses are to provide the calorie count information to their customers.Instead of listing the total calories contained in a menu item when it is offered for sale, such as a shared appetizer, businesses would be allowed to provide just the calories per serving in that "multiserving" menu item, without disclosing total calories.The legislation would also allow certain businesses, such as carry-out restaurants whose majority of customers order meals off-premises, to post such information on the internet as the sole method of disclosure instead of on the premises of the business. If a restaurant or food establishment violates any part of the legislation, the bill would allow 90 days for the business to correct the violation. Rep. Cathy McMorris Rodgers introduced the legislation, called the Common Sense Nutrition Disclosure Act (PDF)."This bill, at its very core, is about flexibility. Flexibility for businesses to meet the requirements of the rule and present this calorie information in a way that makes sense for them and their customers," the Republican who represents eastern Washington said on the House floor Tuesday."This legislation provides flexibility in how restaurants provide the nutritional information. It makes it easier for customers to actually see and understand the information because it's displayed where customers actually place orders – including by phone, online, or through mobile apps," she said. "By bringing this rule into the 21st century, customers can trust that they're getting reliable information in a way that is easy to access and is customer-user friendly." 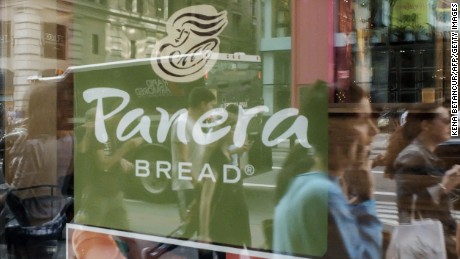 On the other hand, consumers want to make informed choices about what they eat and the bill that just passed the House could make that harder for them, said Colin Schwartz, deputy director of legislative affairs at the Center for Science in the Public Interest."So that's the importance of menu labeling and we see from the research that actually when consumers are given this information they actually can make lower calorie choices and restaurants can also come out with lower calorie options," Schwartz said."On the flip side, for not just demand but supply, restaurants are mindful of their customers being more health conscious. There's a lot of movement towards this and menu labeling is just one big piece of the puzzle in providing more transparency," he said. "So restaurants we've seen have reformulated their foods to be lower calorie because it can be quite shocking to see some of your favorite menu items have so many calories."

What the science says about calorie labeling

So far the scientific literature provides mixed results regarding the impact calorie labeling has on public health and consumer behavior. A review of 53 studies on restaurant calorie labeling found limited evidence that menu labeling affects how many calories a customer may purchase at fast-food restaurants, and just some evidence that it may lower calories purchased at other types of restaurants or in cafeteria settings. That review paper was published in the journal Obesity in October. 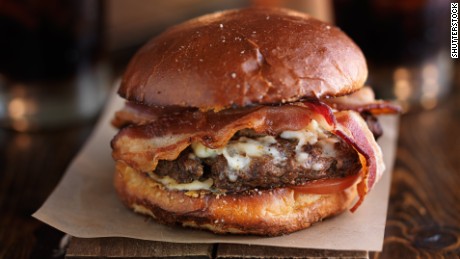 "Overall, when you are looking at average consumer response to labeling, there doesn't appear to be much difference in calories purchased before and after labeling," said Dr. Jason Block, a general internal medicine physician and assistant professor at Harvard Medical School, who was a co-author of the paper."But some people clearly do respond to labeling, and labeling is nearly universally popular, irrespective of political affiliation," he said. "Food retailers also appear to be changing some of their new offerings to be lower calorie, perhaps in response to labeling."For instance, one study found that out of 37 restaurant chains in King County, Washington, there was a significant trend among the sit-down chains toward lowering the amount of calories, saturated fat and sodium on their entree menus at 18 months after the implementation of mandatory menu labeling regulation.Yet overall the entrees still exceeded dietary guidelines and the levels of calories, saturated fat and sodium remained excessive, the researchers wrote in the study's abstract. That study was published in the Journal of the Academy of Nutrition and Dietetics in 2012.Some of the same researchers behind that study published separate research in the American Journal of Public Health that found an increase in how many King County residents were aware of and used calorie information after the implementation of menu labeling laws from 2008 to 2010.The study, which involved 3,132 King County residents, found that the percentage of residents who were aware of and used calorie information climbed from 8.1% to 24.8%. 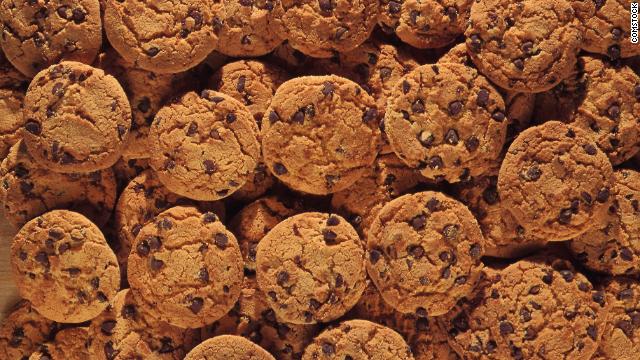 Still, those studies were on a narrow group of consumers in a specific area in Washington and showed only a correlation between calorie labeling and consumer behavior, not a cause-and-effect relationship, Block said.Also, he added, no control groups were available in the studies to compare study results. So more research is needed to determine the true benefits of calorie labeling on public health."We also don't know how consumers will respond to labeling in new settings, such as supermarkets, movie theaters and convenience stores. These are places that have never had labeling before," Block said, but those places will have to label under the existing law."Calorie labeling will not change things overnight, and it won't alter the American diet just by itself," he said. "But it's a valuable tool to help consumers and retailers make healthier choices for their families."

This isn't the first time that nutrition-related legislation has been put either on the chopping block or up for amendment since President Donald Trump has taken office.Last year the Trump administration scaled back school meal nutritional requirements that were set under the Obama administration in 2012.Some of the changes made to the school lunch guidelines included exemptions to schools experiencing challenges in meeting the standard for providing 100% whole-grain-rich foods and allowing schools to serve 1% flavored milk instead of fat-free flavored milk. 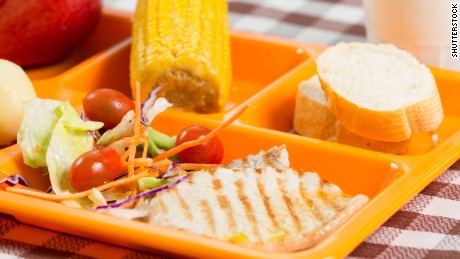 Trade associations representing supermarkets, pizza companies and convenience stores are applauding the House passage of the Common Sense Nutrition Disclosure Act."Independent supermarket operators are committed to providing their customers with accurate nutritional information, but need the flexibility to implement the rule across a multitude of store formats, all of which operate much differently than a chain restaurant," Peter Larkin, president and CEO of the National Grocers Association, said, in part, in a statement Tuesday.In a separate statement, the American Pizza Community also showed support for the new menu-labeling legislation.Lyle Beckwith, senior vice president of government relations at NACS, which represents the US convenience store industry, said in a separate statement, in part, "The US House of Representatives has reached a critical milestone toward the shared goals of providing consumers the information they need to make wise nutritional choices — without burdening them with higher prices and reduced choices."The statement also said, "With the May 7 compliance deadline looming for regulations promulgated by the FDA, we now urge the US Senate to expeditiously take and enact this legislation."Now nearly a decade after President Barack Obama signed the Affordable Care Act into law, the Common Sense Nutrition Disclosure Act is on its way to a Senate vote."This is eight years after the law originally passed. Eight years! It's been delayed many times, including most recently a few days before expected implementation in May 2017. So, these industries are moving quickly to have it passed before May of this year," Block said.Whatever happens in the coming months, he said, consumers want calorie information.A survey of 1,319 nationally representative adults in the United States during fall 2012 found that 65% supported calorie labeling on sugar-sweetened beverages. The survey was published in the journal Preventive Medicine in 2014."Currently, without this information, consumers underestimate calories in food. Often by a lot," he said. "And, despite some industries reporting that they need more time or flexibility, most food retailers have already implemented labeling."

‘A Secret Love’ shines a warm light on a lesbian couple’s...

admin - May 2, 2020
0
The second task largely falls to Donahue's niece, who along with the family only learned in rec..

Fila x Pokemon is the trainer collaboration we didn’t know we...

admin - April 12, 2018
0
US A police officer stands guard at one of the entrances while U.S. Republican presidential candid..