Time to feel the love with Valentine's Day themed skins or become Cupid with the all new Crossbow!

Fortnite servers are going down this morning and that means Matchmaking will be temporarily disabled as Epic Games prepare to launch the games new update for Battle Royale and Save the World players.

A special new update will arrive today as part of the games new V.2.4.2 Patch, which as people may already know, includes some Valentines themed updates.

Fortnite and Battle Royale servers will be going down for maintenance at 4:50AM ET, which for anyone in the UK is 9.50AM GMT.

However, the team has warned that Matchmaking for Battle Royale will be disabled a little earlier at 4:25AM ET, which once again, is 9.25AM GMT.

Epic has not said how long the servers will be offline for the new patch to be deployed and it's not clear if that is a good thing or a bad thing.

So try not be surprised if the maintenance takes longer than usual, because we're used to seeing Fortnite go offline for extended periods of time.

And equally, it's not unheard of for any update to create one or two sudden game breaking bugs, as the player base experience last week.

That said, Epic are usually good with this sort of thing, and will always keep fans updated on whats happening.

Keep reading for a reminder of the new features coming to the game today. 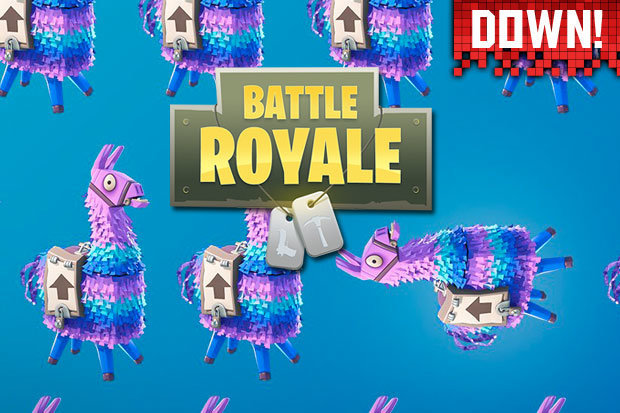 CROSSBOW
The Crossbow is the newest weapon addition to Battle Royale. Nock those arrows!

FORTNITE SAVE THE WORLD PATCH NOTES

"This is a light week for patch notes, but fear not! We have plenty to bring you in the following weeks. Quests, events, bug fixes, quality of life improvements and more. Below you can see our current roadmap for big things to expect in upcoming Save the World updates."

Stewart: Picard and Xavier would be anti-Brexit

Hands-on: HPs leather-clad laptop might just be the best convertible around

Mel B wakes up to find her ‘tyres slashed’