But at a church in El Salvador, the message of sin and redemption is tailored to a different kind of parishioner: reformed members of the notorious gangs in the Central American nation."Did you come armed?" asks Will, who recently finished up a 10-year stint in Salvadoran prison for robbery. He holds up a bible to 15 other former gang members who have arrived for the church service, and they smile at his joke.Some have every inch of their faces tattooed. One man has a large "F–k Love" tattoo on his neck.Most days, Will, 41, wears a sweater or long shirt that hides his tattooed forearms and an "18" inscribed at the base of his neck. He asked CNN not to print his last name to protect his identity.All the men are former members of Barrio 18 or the 18th Street gang, which, along with MS-13, began in Los Angeles but is now responsible for much of El Salvador's widespread violence.In 2016, there were 5,278 murders in El Salvador, or more than 14 killings per each day of the year, according to data from the US State Department. The Salvadoran government has classified gang members as terrorists. El Salvador has a population of a little over 6 million. "I have seen men who were machines of destruction turned into good men," said Monsignor Nelson Moz, who runs the gang outreach program at Eben-Ezer Baptist Missionary Church in the country's capital, San Salvador. "When I see them, I think with each one, how many lives were saved (now) that they are off the street?"There may soon be many more lives to save. The Trump administration announced last week that in 18 months it will revoke Temporary Protected Status for more than 200,000 Salvadorans living in the United States, making them eligible for deportation. 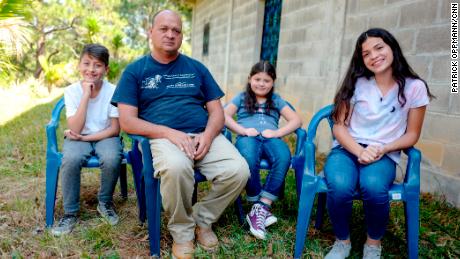 "Bringing 200,000 people back after so many years, that's only going to create more poverty, more violence and more crime," says Will, who speaks English more fluently than Spanish after living in California for about 20 years. He arrived in the United States at the age of 10.El Salvador's gang epidemic was born out of the country's 12-year-long civil war, which drove thousands of people to flee to the United States. Many ended up living in poor sections of Los Angeles and became either prey or new recruits for the city's street gangs.In the 1990s, the United States began to deport the Central American gangbangers back to their home countries, most of which were totally underprepared to deal with the new breed of hardened criminals being dumped onto their streets.Among them was Will, whose easy smile and neatly cropped goatee hide his years of dealing crack cocaine, crystal meth and marijuana. "They took my residency and I got deported," Will said. At the time, "I thought, 'that can't happen to me, I grew up over here.'" 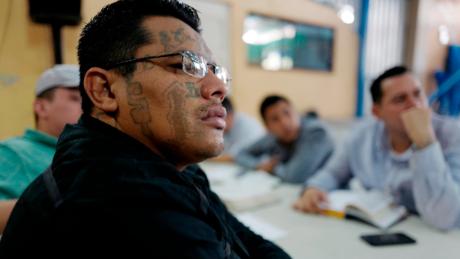 As he landed in El Salvador in 2006, he looked out the plane window at the horses and cows below and thought about how far he was from the place he considered home. Will had no family left in El Salvador, spoke broken Spanish and almost immediately wandered into territory controlled by a rival gang.Shortly after getting to El Salvador, he fell back in with the Barrio 18 gang he had run with in Los Angeles. Later in 2006, he was arrested by Salvadoran police for stealing an Uzi and found himself back in prison, but in conditions that he had never experienced in the worst US lockups."I had been to different prisons back home — from 'Mini' to 'Max,'" Will said, referring to security levels at prisons. "Salvador prison is totally different. Another level, I was fighting for survival." Will earned money during his 10-year sentence in El Salvador by baking bread. 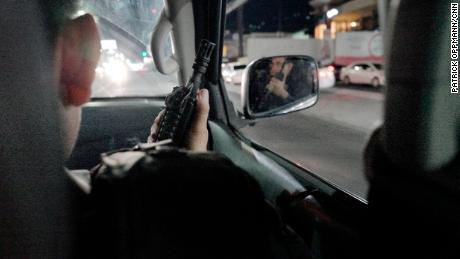 "Back home in prison, I used to sell drugs," Will said, referring to US prisons. "That was my income. But here in El Salvador, the economy is totally different. People would rather eat than use drugs."During his sixth year in prison, Will came down with tuberculosis. As he coughed up blood, a group of ex-gang members came to pray for him.Wasting away and sure he was going to die, the reformed gang members asked if he wanted to accept Jesus Christ into his life. Will said yes. He recovered and joined the prison church group. Four years later when he was released from prison, Will was shocked to find out that a local church had sent someone to pick him up."They were waiting for me," he said. "I never had anyone waiting for me before."Will arrived at Eben-Ezer Baptist Missionary Church and began a program to teach other ex-gang members how to make bread. On a good day they might earn $5, barely enough to live on.The church's gang outreach program has attracted the attention of the police — and not in a good way.Police raided the bakery in October and hauled away some of the former gang members to see if they were wanted for any crimes. They were eventually all released, according to Monsignor Moz.On the day CNN filmed at the church, heavily armed police tried to enter, but then abruptly left. 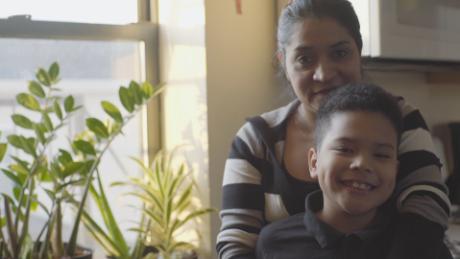 "The police tell me I shouldn't bother working with the ex-gang members," said Monsignor Moz. "That they will take care of them.Will is having treatments to remove his tattoos. Once you are identified as having belonged to a gang in El Salvador, you are marked for life, he says."They don't believe in second chances," he said. "They believe once you are a gang member, you are damned" for life.Will said he dreams one day of holding church services that both ex-members of Barrio 18 and their rival, MS-13, could attend. But for the immediate future, he says it's still too dangerous in El Salvador to gather even ex-members of the two gangs in the same place.

Before and after the California wildfires

After Attacks On Assyrians, Northern Iraqs Christian Minority Recommits To A Homeland

admin - December 8, 2018
0
US President Donald Trump has said his chief of staff John Kelly will leave his post at the end of t..