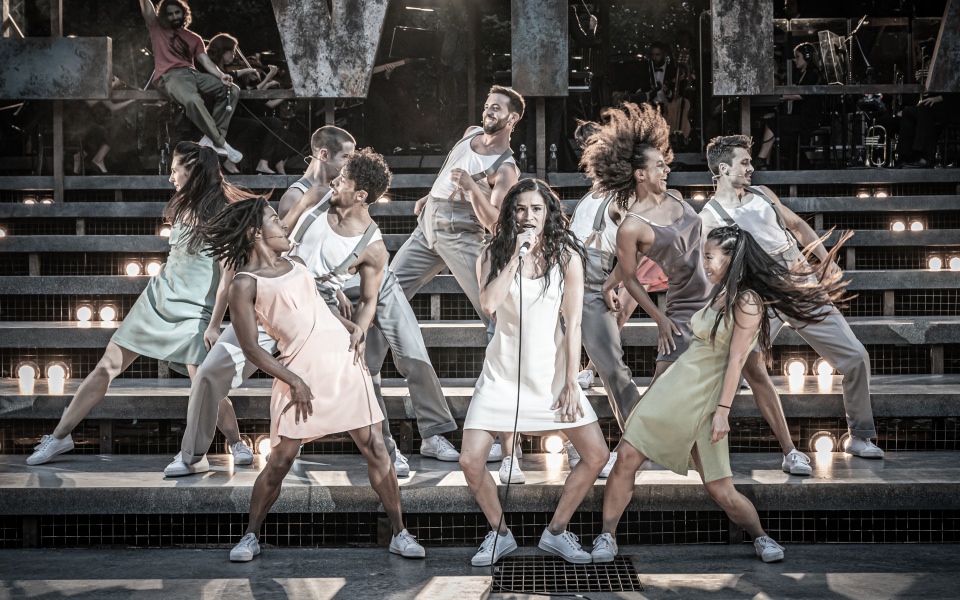 The Regents Park Open Air Theatre is ending this summers season with a bang – quite literally.

Within five minutes of this new production of Evita – the Andrew Lloyd Webber musical about the rags-to-riches story of Argentinas 1940s first lady – the audience is jolted by fireworks, towers of flames and football-match-style flares.

It sets the tone for a production thats bold, punchy and demands attention. Samantha Pauly plays a wonderfully worldly, calculating Eva Peron, free from the blonde wig, red pout and diamonds that are synonymous with Madonnas 1996 film version.

Director Jamie Lloyd injects dark wit into a story thats traditionally been played straight, adding a sardonic line here and a clever stage direction there. Giant balloons and confetti cannons add whimsy, contrasting with the stripped-back stage and costumes, which give the production a thoroughly modern feel. The choreography is sharp, contemporary and worryingly complicated, considering the show is performed on a row of slippery-looking concrete steps.

The production also does away with the countless costume changes associated with the movie (Madonna still holds the record for most costume changes in a film at a staggering 85, or roughly one every 90 seconds). Instead, Eva wears a white dress, which is daubed with spray paint in various colours to reflect the countries with which Argentina attempts to form alliances.

Liam Payne says Louis Tomlinson was a proper diva about wearing stripes in One...

admin - May 10, 2018
0
Its not really fair to judge an animated film by the misdeeds of one of its voice actors, but theres..

Becoming a US citizen in Trump’s America

‘Jumanji: The Next Level’ repeats the program, with a few welcome...