Emergency authorities in the Oaxaca reported "only material damage and no loss of human life" during the earthquake. In Mexico City, where more than 200 people died in a large earthquake last fall, people streamed out of shaking buildings and into the streets. Video showed ceiling lamps swaying and people embracing after evacuating buildings.There were no immediate reports of injuries in Mexico City, which is about 348 kilometers (216 miles) away from the epicenter of the earthquake. The USGS initially reported a magnitude of 7.5 but revised it downward. Later Friday, a magnitude 5.8 aftershock hit Oaxaca, the USGS tweeted.The Pacific Tsunami Warning Center reported that "based on all available data … there is no tsunami threat from this earthquake."Mexican President Enrique Peña Nieto tweeted that the earthquake was northeast of Pinotepa Nacional, in Oaxaca, and that "protocols have been activated." 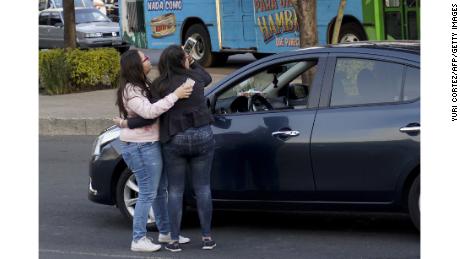 Games Inbox: Nintendo Switch in 2018 worries, Age Of Empires IV on Xbox, and...

EUs rejection of US surveillance also tests its commitment to privacy

Shadow of the Colossus release date, how to pre-order and what to expect

admin - December 9, 2018
0
Written by CNN Staff This story is part of "Smart Creativity," a series exploring the intersection ..

Novak Djokovic is ‘in pain’ after US Open incident, says former...

How Mars might hold the key to better understanding climate change

SPLC Director Threatens To Call Police On Reporter Over Questions About...