The sale enabled the statues' removal, thanks to a new city law passed to effectuate the process.Crowds gathered outside Health Sciences Park as cranes lifted the equestrian statue of Civil War general and Ku Klux Klan leader Nathan Bedford Forrest from its pedestal. About 1.5 miles away, a similar operation was underway at the statue of Confederate leader Jefferson Davis in Memphis Park."Bring it down," onlookers shouted as the Davis statue was lifted from its base.The statues' removal is the latest development in a national debate over Confederate symbols. Calls to remove monuments started after Dylann Roof killed nine African-Americans in a Charleston, South Carolina, church in 2015 in an attempt to "start a race war." The debate flared up again in August after white nationalists marched to protest the removal of a Robert E. Lee statue in Charlottesville, Virginia. "History is being made in Memphis tonight," Mayor Jim Strickland said. "The statues no longer represent who we are as a modern, diverse city with momentum. The Forrest statue was placed in 1904 amid the passage of Jim Crow-era segregation laws, Strickland said in a news conference Wednesday night. The Davis statue was placed in 1964 amid the battle for civil rights. The removal of the statues comes three months before crowds are expected to descend on Memphis for the 50th anniversary of Dr. Martin Luther King Jr.'s death at the Lorraine Motel."Our community wants to reserve places of reverence for those that we honor," Strickland said.

After years of disputes over what to do with the controversial statues, the city took an unconventional route that critics said was illegal. But Strickland insisted the entire process was within the bounds of the law. City leaders voted in 2013 to change the name of three parks that honored Confederate figures in Memphis. Then, in 2015, they voted to move the Forrest statue. To proceed with the removal, they sought a waiver from the Tennessee Heritage Protection Act, a law that governs the removal, relocation or renaming of memorials on public property. But the Tennessee Historical Commission denied the city's request. 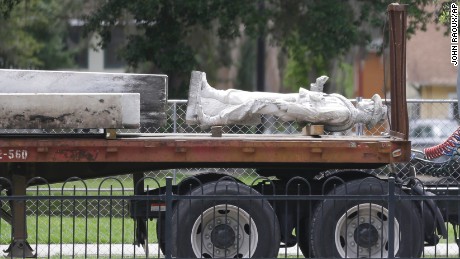 The denial led the city council to pass legislation in September allowing it to sell parkland to a nonprofit for less than fair market value, Strickland said. In addition to letting the city sell land to a private entity, the law allowed the private entity to remove statutes from its land.On Wednesday, the Memphis City Council voted unanimously to sell the two parks to a nonprofit, paving the way for the statues' removal. Strickland said the parks were sold for $1,000 each to Memphis Greenspace, a nonprofit led by a Shelby County commissioner. The organization was incorporated after the law's passage in October, Strickland said."In the days after the August events in Charlottesville, we saw an avalanche of support come together behind our efforts. So it's important that we not forget the sea change that made today a reality."Sons of Confederate Veterans, a pro-monument group who had fought the city's efforts to remove the statues, called Wednesday's actions a "well-organized, behind the scenes plan by the city." 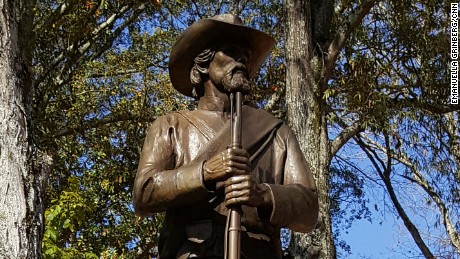 "It is a deliberate attempt to avoid the state law and the city is breaking the law," Lee Millar with Sons of the Confederate Veterans told CNN affiliate WREG. Strickland insisted that the city followed state law throughout the process."It's important to remember what I've said all along: I was committed to removing the statues in a lawful manner. From the beginning, we have followed state law — and tonight's action is no different," he said."The historical commission was not the only legal avenue."

Local governments across the United States have been weighing whether to keep Confederate monuments in their communities. Some say the monuments are a part of history. Others argue the statues are racist symbols that venerate American slavery. 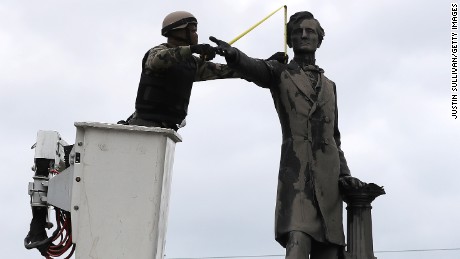 The removal of four monuments from public spaces in New Orleans earlier this year stunned historians who thought, after years of debate, that the day would never come. The decision by city leaders led to multiple protests. A contractor pulled out of the project after protesters lit his car on fire. In the end, it cost the city $2.1 million. 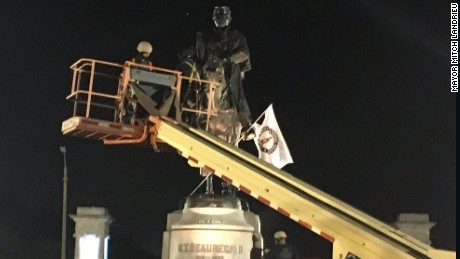 Baltimore, Orlando, and even higher education institutions like the University of Texas at Austin took down their monuments after the white nationalist rally in Charlottesville.Multiple people were arrested for toppling a Confederate statue in Durham, North Carolina. And, a man was arrested in Houston after he was accused of attempting to blow up a monument.

As Instagram Live keeps us entertained, it’s helping celebs stay in the game

“WHAT HAPPENED????” How a remote tech writing gig proved to be an old-school scam

Brexiteers downplay Russia ties ahead of US ‘fake news’ hearing

admin - June 6, 2019
0
FIFA 19 TOTS FUT collectors are getting ready for another countdown towards the release of the games..

Sit back and get out there

admin - March 30, 2019
0
"This responds to what we're seeing all over our nation: crumbling infrastructure, you see peop..