At least six people were killed when an Amtrak train carrying 77 passengers and seven crew members derailed on its maiden voyage along a new high-speed route Monday.

Here is everything we know about the tragedy so far:

"All of a sudden, we felt this rocking and creaking noise, and it felt like we were heading down a hill," passenger Chris Karnes said, as cited by Reuters.

"The next thing we know, we're being slammed into the front of our seats, windows are breaking, we stop, and there's water gushing out of the train. People were screaming."

The train departed from Seattle at approximately 6 am local time, destined for Portland, Oregon. However, it derailed 7:30 am local time in the city of DuPont, Washington.

More than 100 people were transferred to hospitals in Pierce and Thurston counties, of which four people were considered "level red" patients with the most severe injuries. Washington Governor Jay Inslee immediately declared a state of emergency due to the "loss of life, injuries and damage to infrastructure."

They are our top priority, and I know first responders are doing everything to ensure everyone has the care they need.

US President Donald Trump used the tragedy to push for his proposed infrastructure reform before offering his condolences 10 minutes later.

The train accident that just occurred in DuPont, WA shows more than ever why our soon to be submitted infrastructure plan must be approved quickly. Seven trillion dollars spent in the Middle East while our roads, bridges, tunnels, railways (and more) crumble! Not for long!

Interstate 5 is the West Coast's major north-south transport artery, carrying passengers from the US border with Canada to its southern frontier with Mexico.

The incident marks Amtrak's second derailment in Washington State this year. On July 2, a train with 250 people on board derailed a few miles north of Monday's accident, though there were no serious injuries.

Fortnite Visit the 5 highest elevations on the island Week 6... 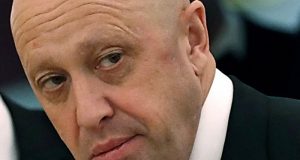 US Sanctions Companies Linked to Businessman Close to Putin

admin - July 16, 2020
0
The Trump administration has imposed sanctions on companies connected to Russian businessman who is ..