So the brewers were well positioned to make their case to members of Congress that the move could hurt the growing industry, along with pressing lawmakers to make a tax cut permanent."It's a really difficult time for small brewers right now, because we use a huge amount of stainless steel, and many of us use a huge amount of aluminum too," Leslie Henderson, a co-founder of Mississippi-based Lazy Magnolia brewery, told CNN. "Anything that impacts the cost of our production equipment and our raw materials is going to be extremely painful for all of us."Henderson was one of more than 100 craft brewers who descended on Washington as part of an annual Capitol Hill advocacy push organized by the Brewers Association. The Colorado-based trade group's CEO, Bob Pease, told CNN the tariffs are putting more pressure on small breweries and could slow growth."By and large, our members have not seen the tariffs hit their balance sheets or the profit and loss statements yet, but if the tariffs stay in place, that will have an impact, and that will not be good for small and independent brewers," Pease said. "If breweries have to pay 25% more on steel, that's going to impact new brewery builds, that's going to impact expansions and it could impact purchases as well, in terms of kegs, brewhouses — all things that are very expensive."The group of small brewers isn't focused only on the aluminum and steel tariffs, though. It's also lobbying Congress to make permanent a two-year reduction in federal excise taxes worth $4.2 billion, which passed in December as part of the tax overhaul. Small brewers saw their tax rate cut in half, from $7 to $3.50 per barrel for the first 60,000 barrels. 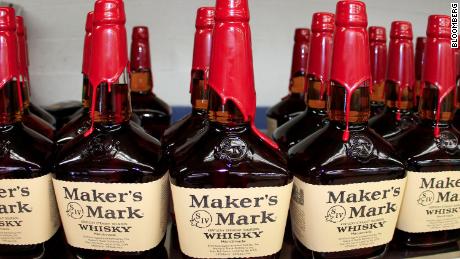 "This only hits brewers. We pay all the taxes that other small businesses pay, and then on top of that, we paid this excise tax," said Henderson. Known for its Southern Pecan Nut Brown Ale, Lazy Magnolia opened in 2005 and is the oldest packaging brewery in Mississippi. With the money saved from the tax cut, Henderson said the brewery has been able to improve benefits for employees, convert two part-time jobs to full time and improve the brewery's taproom.The cuts in the tax rate are no small change. Henderson's business projects that it will brew 11,000 to 12,000 barrels of beer this year, which means the savings add up to tens of thousands of dollars.

$70 Million Picasso damaged ahead of auction

Solo: A Star Wars Story trailer tries to reassure us the...

admin - October 7, 2018
0
Dozens of protesters pounded on the doors of the Supreme Court during Brett Kavanaughs swearing in c..