And when she struggled to remember the address of the home, the 911 operator asked her if she was around the corner from her house."Yeah, I think," the girl said. "I've never been out. I don't go out much."That chilling 911 call was made public Wednesday as part of a preliminary hearing in the case against David and Louise Turpin, the California couple accused of holding their 13 children captive in a "house of horrors."Prosecutors say the couple beat and tortured their children, kept them chained to their beds and starved them — all while the family dogs were kept clean and well-fed.They were arrested on January 14 after their 17-year-old daughter escaped from a window and called 911 on a deactivated cell phone. The Turpin siblings are comprised of six minors and seven adults, ranging in age from 2 years old to 29. 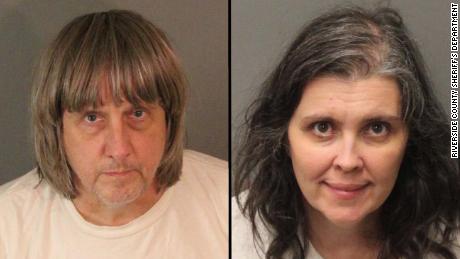 David Turpin, 56, and Louise Turpin, 49, pleaded not guilty to more than 40 charges, including torture, false imprisonment, abuse of a dependent adult and child abuse. David Turpin also pleaded not guilty to one count of lewd conduct with a minor.Despite the horror of the 911 call, the girl's voice sounded remarkably calm and clear while relating her experience. But the call, as well as police who responded to the scene, provided several disturbing new details from the home and the degree to which the parents controlled their children's lives. "I can't breathe because of how dirty the house is," the Turpin daughter said on the call. "We don't take baths. I don't know if we need to go to the doctor."

In their room 20 hours a day

In other parts of the call, the Turpin daughter told the operator that her parents were abusive and had chained up two of her sisters, and that she thought her father had guns in the house. She also said she hadn't taken a bath in almost a year.Riverside Deputy Manuel Campos, who responded to the 911 call, testified on Wednesday that the girl appeared much younger than 17. 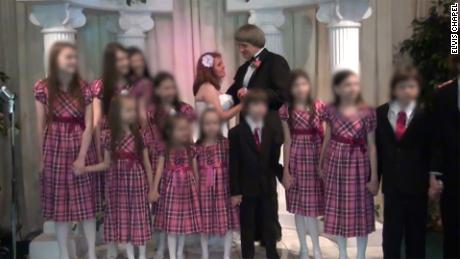 "She appears not to bathe regularly," he also said. "There was odor emitting from her body of one that doesn't bathe regularly."The girl was shaking on the call and "scared to death" from the daring escape out of the window, Campos said. She said that she was kept in the room with her sisters for about 20 hours a day, and that she was only allowed to leave the room to eat, use the restroom and brush her teeth, Campos said.If she broke the rules, she would be disciplined in the form of knocking on the head, pulling of hair, or being smacked in the face. After she watched a Justin Bieber video on a cell phone, her mother choked her, she told Campos. In addition to the physical abuse, there was a sexual incident with her father, the girl told police. She said her father pulled her pants down, grabbed her and put her on his lap. She tried to push him away, and pulled her pants up, Campos said. He also tried to force kisses on her mouth, she told Campos, and this happened about 10 times. The girl said her father told her not to tell anyone, Campos said.

Parallels Desktop 14 is available now for Mac, and it includes Mojave support