"I acknowledge that I made a poor decision and had a lapse of judgment on the night of October 16. That was a mistake and I know that," Johnson said in a statement Tuesday. "However, I have no interest in fighting a battle for my reputation with those that want to question it now."After officers found Johnson sleeping in his car in October, the former superintendent told reporters at the time he felt ill because he missed taking a medication and decided to park his car. He also told Lightfoot he "had a couple of drinks with dinner." Monday, Lightfoot announced she had fired Johnson because he lied to her and to the public about his actions. Lightfoot declined to say what specifically led her to oust Johnson but said she had reviewed materials of the ongoing investigation by the city's Office of Inspector General into Johnson's actions that showed that he "engaged in a series of ethical lapses." She called it "intolerable.""Had I known all the facts at the time, I would have relieved him of his duties as superintendent then and there," the mayor said in a statement. 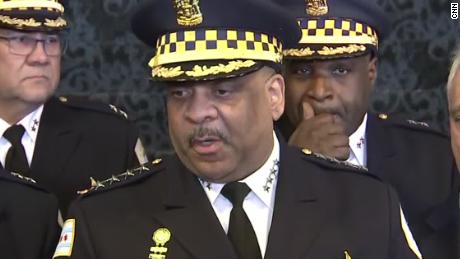 In his first public statement since his firing, Johnson said he was leaving the police department with his "integrity intact.""One thing I want everyone to know is this: I did not intentionally mislead or deceive the Mayor or the people of Chicago," he wrote. He did not comment further abouRead More – Source

Is Facebook listening to me? Why those ads appear after you talk about things

‘Riverdale’ creator reveals next season will feature a time jump to...

A 13-year-old with autism was restrained for being violent at school....

admin - December 7, 2018
0
The student, who had autism, became violent and was restrained by school workers because of the pote..