The police chief of Charlottesville, Virginia abruptly retired following the release of a scathing report on his handling of the “Unite the Right” rally, where white nationalists gathered and one counter-protester was killed.

Charlottesville Police Department (CPD) Chief Al Thomas retired from his role effective immediately, as the city released a brief statement on Monday, which said that Charlottesville Deputy Police Chief Gary Pleasants will lead the department until an interim chief is formally selected to fill the top post within the next week.

A response from Thomas was included in the city’s statement.

“Nothing in my career has brought me more pride than serving as the Police Chief for the City of Charlottesville,” Thomas said, according to the statement. “I will be forever grateful for having had the opportunity to protect and serve a community I love so dearly. It truly has been an unparalleled privilege to work alongside such a dedicated and professional team of public servants. I wish them and the citizens of Charlottesville the very best.”

In the same statement, Charlottesville City Manager Maurice Jones praised Thomas’ work with the department, saying, “Chief Thomas has served his country and three communities here in Virginia with distinction and honor.”

Prior to Thomas’ retirement on Monday, the city of Charlottesville hired former US Attorney Timothy J. Heaphy, of the Hunton and Williams law firm, to conduct an investigation of the events that transpired at the deadly white supremacist-led “Unite the Right” rally, which occurred in Charlottesville on August 12, during Thomas’ tenure as chief of police.

The report, released earlier this month, revealed that Charlottesville police, under Thomas’ leadership, had failed to react to violence, and also failed to call in reinforcements, among other mistakes made during the rally.

The report also revealed that elected leaders in Charlottesville, including University of Virginia officials, the Charlottesville Police Department and the Virginia State Police, were all at fault for the violence that emerged on that day.

Heaphy’s report stated that the Virginia State Police (VSP) “directed its officers to remain behind barricades rather than risk injury responding to conflicts” during the rally.

It further stated that commanders from the CPD “similarly instructed their officers not to intervene in all but the most serious physical confrontations.”

Civil rights activist Perry Redd spoke with RT America earlier this month on why both police departments gave these cues to their officers who were on duty at the August 12 rally.

Redd stated that these police tactics are “not unique in American history and the legacy of this country, when it comes to civil rights confrontations."

“We know from Selma, we know from Anniston, Alabama, that the police, at the behest of those citizens who hold the privilege” to protest “often times allow citizens to be beaten, and usually it’s the ones in the minority that take the licks.” 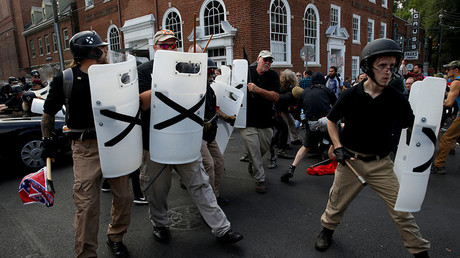 Ahead of Thomas' resignation, earlier this month officials in Charlottesville denied permits requested by white nationalist and left-wing groups, to commemorate the one-year anniversary of the Unite the Right rally on August 12, 2018.

During the rally on August 12, a counter-protester, Heather Heyer, 32, was killed when a white supremacist rammed his car into a crowd of pedestrians and counter protesters during the rally in Charlottesville. Nineteen others were also injured as a result of the incident.

Russia dodges bullet of EU sanctions on cyber — for now

The president of US Soccer steps down as he apologizes for...

admin - March 14, 2020
0
Carlos Cordeiro, who has been president of the organization for the last 13 years, announced his dec..

My dream additions to WWE 2K20 and beyond – Readers Feature

Borderlands 3 characters and skill trees – everything you need to...

First Group Of Protesting Wayfair Workers Walk Off The Job —...

admin - June 27, 2019
0
The first group of Wayfair employees walked off the job Wednesday at the stores headquarters in Bost..