Brandon: One of the biggest stories this week is the historic settlement in the Breonna Taylor case. On Tuesday, the city of Louisville, Kentucky, announced that it'd pay $12 million to Taylor's family.Leah: What were your first thoughts when you heard the news? B: The announcement was very, very moving. At the same time, like a lot of people, I had a reaction that I'll sum up as "great, but": The size of the settlement is great, very definitely, but what about the officers who were involved in the flawed raid that took Taylor's life?Six months later, they still haven't been charged with a crime."It's time to move forward with the criminal charges, because she deserves that and much more," is how Taylor's mom put it.L: Yeah, that's true. It's also the largest settlement ever paid by the city of Louisville, right? So off the bat, that was shocking to me, even though it took months of nationwide protests to get there. Right away, though, the sheer size of the sum — and the fact that Taylor's family got a sizable settlement at all — struck me.B: I can sense a "but" coming …L: You're not wrong! BUT: At the end of the day, the money isn't the most important part of the case. The money is just a bandage. It can't address the underlying illness of police violence.B: Which is why something else also jumped out at me: the promise to institute police reforms. The city agreed to offer a housing program to incentivize officers to live in the areas where they serve, involve social workers when appropriate and tighten the process of how search warrants are issued.All that's important, too, I think.L: Yes! Taylor's mom touched on the role of the reforms: "Justice for Breonna means that we will continue to save lives in her honor. No amount of money accomplishes that, but the police reform measures that we were able to get passed as a part of this settlement mean so much more to my family, our community and to Breonna's legacy."B: That, to me, is the takeaway: The settlement is a big step, but it's still just one step on a longer path to justice.

Why we're excited: The latest Verzuz battle pit living legends Patti LaBelle and Gladys Knight against each other. But battle doesn't feel like the right way to describe the incredible event.For more than two hours, the two women didn't just revisit their catalogues that have helped to define R&B (their hits include "Midnight Train to Georgia," "Neither One of Us (Wants to Be the First to Say Goodbye)," "New Attitude," and "If Only You Knew"). They reflected on how their careers have overlapped, gushed about their families, and showered praise on their "opponent's" musical artistry. The show was a broadcast of Black love.Or as LaBelle put it, simply but no less movingly, "We are so happy to be together. We've been together for many, many, many years."

Recommended for your eyes and ears 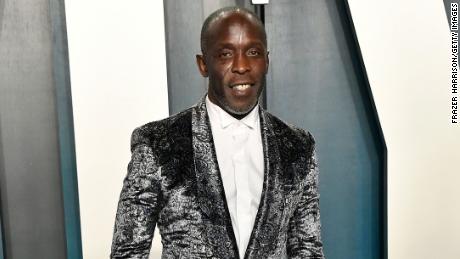 Brandon recommends: Esquire profile of Michael Kenneth WilliamsNo piece of culture has given me more to chew over this week than Esquire's profile of Michael Kenneth Williams. That's because it's less a profile than a stirring appeal to reconsider how we view Black actors and what they can reveal on screen about Black life."Do you ask (Robert) De Niro, Is he tired of being typecast, all the mob movies he's made?" Williams said in the story. He was referring to a question that people frequently throw at him, but not at White actors, about whether he's concerned about being typecast, about portraying characters with broad parallels.In "Lovecraft Country," Williams plays Montrose Freeman, a poor, closeted, 1950s Chicagoan. In "The Wire," he plays Omar Little — aka the Robin Hood of Baltimore — a poor, gay stickup man who has slick lines like, "You got me confused with a man who repeats himself."But as Williams argued, the focus on supposed typecasting does two things. For one, it glosses over the practical aspect of his work. " 'Aren't you afraid of being typecast?' I'm like, 'No, I'm afraid of not eating,' " he said. "This is my job."The narrow attention that some people pay to Williams' roles alludes to something else, too: the assumption that these roles are unwelcome, that they're stale, that they don't have anything to say about being Black in America.The reality is that Williams' characters grip audiences precisely because they have so much to say — about Black masculinity, about Black vulnerability.Montrose and Omar may have a few things in common, but in Williams' hands, they become individuals, discrete personalities to engage with. (In 2019, I wrote about why Omar, in all his gay Black glory, is one of the most important characters of the past 25 years.)"I will not allow Hollywood to stereotype or to desensitize my experience growing up in the 'hood," Williams said. "This is my job as an actor, to show the integrity, to show the class, to show the swagger, to show the danger, to show the pain, to show the bad choices. Those things exist in everyone's community. But no one's asking those actors if they're afraid of being typecast."Fortunately, Williams isn't daunted by the question. Television would be all the lousier if he were. 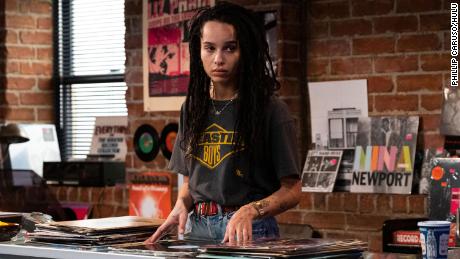 Leah recommends: Hulu's "High Fidelity"When Hulu's take on the 2000 movie "High Fidelity" debuted in February, starring the incandescent Zoë Kravitz, the excitement was palpable.Sure, initial reviews were mixed. But the modern reimagining of "High Fidelity" — which brought depth and record store-coolness to queer folks and women of color rather than to oft-centered cis straight White men — felt exhilarating. It spoke to a generation of young Millennials and Gen Z-ers, creating a world to which many young people of color could relate."I was trying to recreate a world that I know," Kravitz, 31, told the New York Times ahead of the show's debut, "and that's what iRead More – Source

PUBG DOWN: Xbox Server Status as new Update and patch notes are rolled out...

Christopher Nolan on 2001: A Space Odyssey – ‘the most cinematic...