The human rights researcher had heard that ICE agents occasionally swept up migrant kids and locked them up in juvenile detention facilities, but she had no idea why.One of the places ICE supposedly housed these young people, Godoy learned, was a few hours from her home in Seattle. She searched online for information about the detentions, but couldn't find anything that explained what was going on. She then filed a series of public records requests with officials at the juvenile detention center closest to her, hoping they could shed light on what ICE was doing and why these minors were being held in places run more like jails than the shelters most migrant children end up in when they are detained. She had specifically requested detailed detainee files, with names and personal information redacted, and the facility was ready to share them with her.But what happened next stunned her: ICE blocked the facility from sharing the records and the federal government even went to court to keep the information secret.Unbeknownst to Godoy, she had stumbled upon an obscure pocket of the immigration system, where little is known, and little is divulged.Watch Angelina Godoy's interview on Anderson Cooper Full Circle at 5pm ETFor more than a decade, ICE has been taking a small number of immigrant teens it deems to be dangerous far from their families and detaining them for months at a time.For immigration attorneys and human rights experts such as Godoy, the practice is alarming."I may not object to the fact they are being held," said Godoy, director of the Center for Human Rights at the University of Washington. "But I object to the fact that nobody can even know who they are (and) why."Public attention has primarily focused on the treatment of children who recently crossed the border illegally on their own or with their parents. These kids are usually held in Border Patrol camps, family shelters overseen by ICE or on their own in facilities run by the Office of Refugee Resettlement (ORR) for so-called "unaccompanied" children, after arriving without any parents or being separated from them.But teenagers who are already living inside the country with a parent can be classified as accompanied. This means if they are apprehended by ICE, they can be put in secure facilities where ICE has contracted to hold them, mixed among other US youth. Attorneys said most cases they had seen involved undocumented children who had faced a criminal conviction, charge or accusation, but that ICE also has the authority to detain those legally in the country with visas and even green card holders if their criminal records place them in violation of immigration laws.Related: Medical care in immigrant detention centers under fireImmigrant youth — regardless of their residency status — are supposed to receive a number of legal protections when detained. Yet more than a dozen immigration attorneys describe the agency's detention of minors as a black hole with little oversight or easy access to lawyers who can help them navigate complicated immigration law.The places these youth are held don't appear on ICE's online map of detention centers. The agency doesn't make its reports about the conditions of the facilities available like it does for others. And family members can't find their loved ones using the federal government's official detainee locator since it only provides information on adults."ICE juvenile jails are secret and unaccountable," said Heidi Altman, director of policy at the National Immigrant Justice Center. "And ICE wants it to stay that way."ICE said it follows all rules about when a juvenile can be detained in a secure environment, and described the youth it holds as those with serious criminal histories, saying that "it would be irresponsible and potentially dangerous for the agency to allow these individuals to remain out of custody with a guardian," as they await immigration proceedings or deportation. It did not, however, elaborate on the specific allegations and evidence ICE has used to take them from their families.Philadelphia attorney Mary Chicorelli remembers an immigrant mother who was "beside herself" after her son was taken from where they lived in North Carolina to a private juvenile detention center in rural Pennsylvania in 2017.Immigration documents show the 16-year-old was turned over to ICE and sent to the facility after being arrested by local authorities over misdemeanor charges for marijuana and gun possession. Chicorelli recalled the teen looking even younger than he was and said he was free of any previous criminal record. She said he repeatedly asked when he would be able to see his mom again. 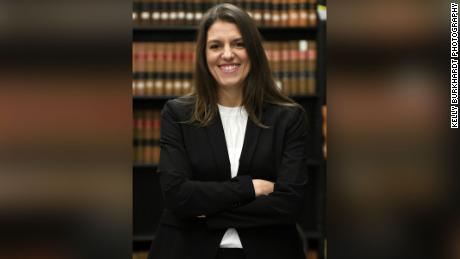 Fracking to be banned in Greater Manchester

Final fantasy 7 remake on PS4 will focus on Midgar in...