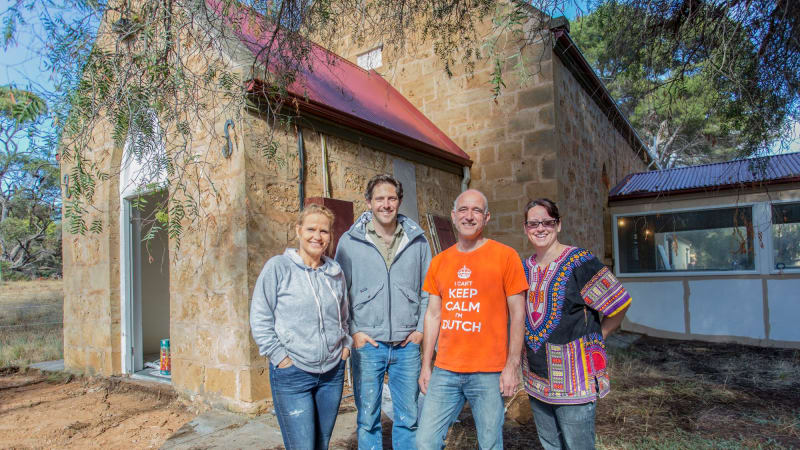 Hugh Laurie will truly be remembered as the master of playing medical professionals with names that are also common nouns. After his triumphant turn as House, he returns (two years ago, but that's Aussie TV for you) as Chance, a forensic neuro-psychiatrist with secrets that set him apart from all the regular run-of-the-mill neuro-psychiatrists you see on television nowadays. The world of Chance is a dark and disturbing place, much more so than the relatively jolly universe of fatal disease that House inhabited; and perhaps even more so than Laurie's other memorable star turn in Blackadder. Dealing with his inner demons and a crumbling marriage, Dr Eldon Chance allows an attractive patient to draw him into a deadly web of violence and corruption. In attempting to save her from her abusive husband, Chance finds himself getting in over his head, and falls in with a slightly deranged mercenary who is all the more unnerving for being played by Randy, from My Name Is Earl. It's something of a Breaking Bad-esque tale, a mild-mannered man of science falling into a criminal rabbit hole in the search for adventure. The fact this show has already been cancelled suggests it won't quite reach the iconic status of that show, but it's more than worth a watch – pretty much anything with Hugh Laurie in it is, after all. BP

Many novelists and filmmakers have told stories about artists and their models. Such stories can give fascinating insights into the complex relationship between artist and muse, irrespective of whether the muse is a person or a figment of someone's imagination. In Gilles Bourdos' Renoir, Michel Bouquet plays Pierre-Auguste Renoir in his final years at Cagnes-sur-Mer. Bouquet has long been one of the greatest actors of French cinema, and this film is worth watching for him alone. However, Renoir is also interesting in ways one might not expect, especially in its telling of the true-story relationship between Renoir and a young woman, Andree Heuschling (Christa Theret), who forces her way into the painter's Mediterranean retreat and pressures him into making her his new model and muse. Ravishingly photographed by Mark Lee Ping Bin (Norwegian Wood), this is an intelligent and delicate film, surprising and reassuring, and filled with soft, sensual pleasures. SM

Andrew Winter and friends have another tricky one tonight. They're off to Traralgon to try to do something with an unfashionable 40-year-old Spanish-style house in a regional market flooded with homes old and new. But owners Rosa and Emilio, who came to Australia from Italy as children and who designed and built the place themselves, are so lovely that the Selling Houses Australia team is doubly determined to get a result. What follows is a lesson in how to make the most of your available space, both inside and out. Shaynna Blaze and her infectious cackle are soon hard at work on the cluttered living-area layout, giving the house a much-needed fourth bedroom without making it feel much smaller at all. Outside, Charlie Albone opens up the equally cluttered gardens by doing away with potted plants, ornaments and old concrete. As entertaining and thoroughly practical as ever. BN

Věra Jourová: Platforms need to open up algorithms to deal with disinformation

Why has the US government shut down?