But what about those who are deep in with no expectation of seeing their way out?Offering a rarely heard perspective, two heroin addicts in Atlanta opened up to CNN recently to tell their stories straight. They want their stark realities to serve as warnings.

'Not what you want to do'

Heroin was a birthday present given to her, when she turned 14, by a close relative. Today, for this onetime teen beauty pageant competitor, it's her $200-a-day habit.At 46, Allie says she looks two decades older. She's weathered, too thin; her teeth are gone. The black tights she wears bear images of skulls and crossbones. On a bookshelf near where she sits in her dingy room, there is a Bible. She spends her days getting high but also buying the drug and selling it to others for a profit. "It's so easy to get," she says. "I get a gram for $60 and sell it for $110." Her regulars include waiters and waitresses, engineers, an anesthesiologist and a pilot: "Normal people," she says, "functioning addicts, which is more dangerous because nobody has any idea." They come by most mornings and often on their way home to their spouses and children. 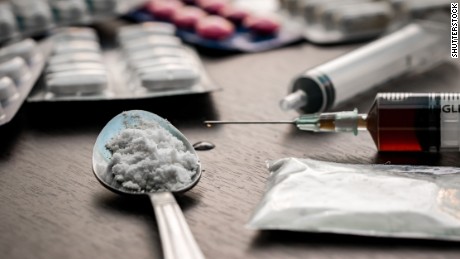 Her eyes well up when she thinks about how young she was when she entered this hell, and the tears fall when she talks about the young people she sells to, whom she'd rather scare off. People like the "girl with everything going for her": a penthouse apartment, a new car, access to schools and supportive parents. She hates that she even knows her."Believe it or not, I tell them, 'Honey, this is not what you want to do,' " she says. "It's the end of the line. This is skid row. … This shit will kill you."She warns girls and young women that the power of heroin will drive them to sleep with men they never would have imagined even talking to. And guys, even those who openly "gay bash," she says, will give men oral sex for fixes — because that's how this world works.Allie had kids of her own but walked away for this life. The last time she saw them, they were 13 and 11. That was half their lifetimes ago. Parents need to wake up, especially if their children are behaving differently or blowing through money, she says. They need to look into their children's eyes. If the pupils are constricted and exceedingly small, "unless they're looking right into a … spotlight, your kid is on heroin or some type of opioid." 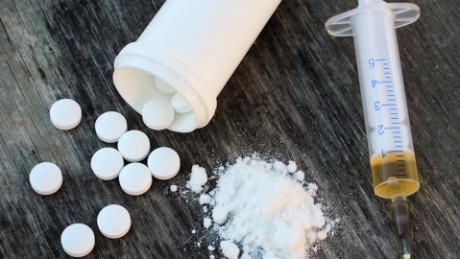 Once upon a time, she glorified this lifestyle. She capitalized on being cute and felt powerful with her pockets full of cash. Today, she's no better than most junkies who wake up covered in their own vomit or not knowing what — or whom — they've done. "This is not a road you want to go down," she says, as she continues to cry. "It's evil. Nothing good can come of this."But then she pushes the needle into a vein in the back of her hand. As the heroin takes hold, she scratches her head and neck. She begins to slur her words as she explains how her body tingles and her heart beats out of her chest. "I may have done a little too much," she mumbles as her eyes grow heavy, her head nods forward and her limbs go temporarily limp.

'Chasing something that ain't real'

He sleeps in a graveyard at night and shoots up in a crypt. It's not that he wants to die, but If the heroin happens to kill him, he says, "I'm right where I'm supposed to be."Johnny, also 46, started using heroin at 15 because his heroes in the music world did. He played guitar and went on to rehearse and sing with a band right down the street from where he now sits on a tombstone. He says he was married to a stripper, and his life was "heaven," an existence steeped in "sex, drugs and rock 'n roll." Now, the drug owns him. "When I do a shot of heroin, it's almost like being back in my mama's womb," he says. "I feel safe. I'm warm. I don't have to worry about anything. Nobody's going to hurt me."

That's how he feels, he says, even though he knows it's not true. Even though he says he's dashed his hopes and dreams "chasing something that ain't real."His body sways, and his words come out sluggish, signs of his current high, as he talks about those new to the heroin itch.He watches kids who glamorize this drug like he once did and wishes he could stop them. He suggests they go home but knows some don't have good homes to go to. He wonders if, in heroin, they've found a place where they can belong. Johnny sees them as they wait for the same dealer. He once sat beside one who shot up and then died. He thinks about the redhead who reminds him of his own daughter — "so clean and pure," he says — and what she's become."Now, she's a heroin addict, and I'm slowly watching this girl turn into a junkie," he says. "I just want to whisper in her ear and tell her to run."It's the loneliness that really gets to him, he says, that feeling that you have nothing. 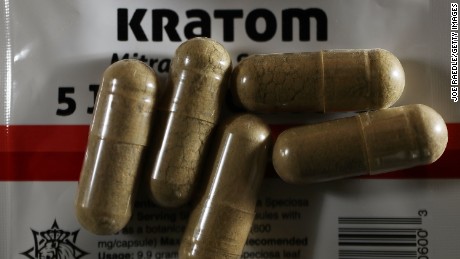 "There's always that one person that always has hope in you, and when that last person gives up on you," he says, before trailing off. "I don't think that person realizes how that little bit of hope they had for you helps keep you alive." Pain pills were, still are, the entry point for many, he says. Those who've had surgeries, suffer from severe back pain or have been injured in an accident, once the prescriptions that hook them run out and doctors refuse to refill them, they turn to what's cheaper: heroin. He's seen it happen time and again and says he's buried five friends since last year. Along the way, he's tasted what it's like to witness someone full of promise lose it all to drugs."I've always been the one everybody's watched deteriorate. I finally got to see somebody close to me kind of deteriorate," he says. "It's scary watching somebody turn into something and then not be able to stop it."For anyone thinking about trying heroin, he'd like to be an example, a wise teacher who's learned from experience. "I don't have to lecture them," he says. "I just point to myself."He wants them to look at him and see what they never want to be. Journalist Sally Holst contributed to this report.

CLARIFICATION: This story has been updated to clarify that when using opioids like heroin, the pupils in the user's eyes constrict.

Why this new build is already a Grade-I listed building

admin - June 4, 2019
0
Located in Arkansas on Friday during a search, the remains now have been positively identified as th..

Why Ocado shares have been chased sharply higher

When is Red Dead Redemption II online coming out?

‘I can’t breathe!’: Video shows beating of jaywalking man in...