This is one part of the upcoming presidential transition that will happen automatically – even without a concession.

Twitter says it will automatically transfer the @POTUS Twitter handle from President Donald Trump to President-elect Joe Biden the moment Biden is sworn in on Inauguration Day, according to Politico.

“Twitter is actively preparing to support the transition of White House institutional Twitter accounts on January 20th, 2021,” Twitter spokesperson Nick Pacilio told Politico. “As we did for the presidential transition in 2017, this process is being done in close consultation with the National Archives and Records Administration.”
Trump regularly tweets using his @realDonaldTrump handle and then the @POTUS account retweets many. He has not conceded the election, which while not required is a tradition.
The unprecedented nature of the 2020 election thrust Facebook and Twitter into the role of aggressively combating misinformation from labeling social media posts to limiting their spread, including many of Trump’s tweets.

Several other verified government accounts associated with the presidency including @whitehouse, @VP and @FLOTUS, also will be handed over to the Biden administration, Politico reported.

Biden turned 78 on Friday, two months before he will take the oath of office as the nation’s 46th president.
Presidential inaugurations typically are attended by hundreds of dignitaries – including former presidents, Supreme Court justices and members of Congress – while hundreds of thousands of spectators spill out across the National Mall to witness the ceremonies. The crowd at Obama’s first inauguration was estimated at a record-shattering 1.8 million.
Read from source

Why Serena Williams’ catsuit ban matters, and what it says about us

admin - October 6, 2018
0
Racial abuse, discrimination and the “bad version of nationalism” that promotes exclusion and hatred.. 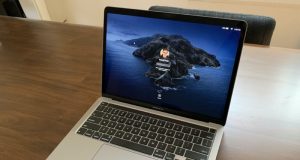