Johnson has already served 21 years of a life sentence after she was convicted on charges of conspiracy to possess cocaine and attempted possession of cocaine, according to the nonprofit Can-Do, which advocates for clemency for non-violent drug offenders.She was released from prison later Wednesday."Ms. Johnson has accepted responsibility for her past behavior and has been a model prisoner over the past two decades. Despite receiving a life sentence, Alice worked hard to rehabilitate herself in prison, and act as a mentor to her fellow inmates," the White House said in a statement Wednesday afternoon."While this administration will always be very tough on crime, it believes that those who have paid their debt to society and worked hard to better themselves while in prison deserve a second chance," the statement added.Kardashian West hailed the commutation, tweeting, "BEST NEWS EVER!!!!" and expressing gratitude to Trump and senior adviser Jared Kushner.Johnson's commutation is the sixth act of clemency Trump has issued since taking office, and the second granted by Trump after a celebrity appealed to him. Last month, Trump posthumously pardoned the boxer Jack Johnson after the actor Sylvester Stallone raised his case with the President.Trump has pardoned Arizona sheriff Joe Arpaio, former Vice President Dick Cheney's chief of staff I. Lewis "Scooter" Libby, the conservative author and filmmaker Dinesh D'Souza, and Kristian Saucier, a Navy sailor who pleaded guilty to an unauthorized possession of classified information and who argued he was held to a different standard than Hillary Clinton. 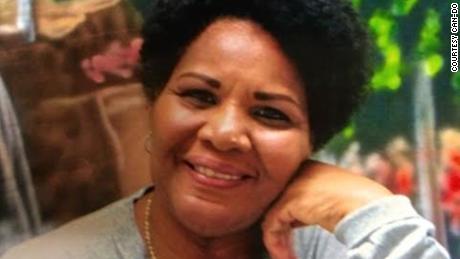 Kardashian West met with Trump in the Oval Office last Wednesday after she first reached out to Trump's daughter Ivanka Trump to help set up the meeting. Kushner has been leading a push on prison reform as part of his portfolio as a senior adviser to the President."I would like to thank President Trump for his time this afternoon. It is our hope that the President will grant clemency to Ms. Alice Marie Johnson who is serving a life sentence for a first-time, non-violent drug offense," Kardashian West said in a statement after meeting with Trump. "We are optimistic about Ms. Johnson's future and hopeful that she — and so many like her — will get a second chance at life."President Barack Obama did not intervene in the case during his eight years in office because the Justice Department recommended denying Johnson's request for a commutation. Three requests were made — one during his first term, two during his second — that were rejected, including a final plea on January 6, 2017, only days before Obama left office.The requests never reached Obama's desk, a senior Obama administration official tells CNN, because he followed Justice Department recommendations.The official said the Justice Department denied her petition because prosecutors maintain Johnson was involved in a drug cartel that was connected to violence and crime.US Attorney Michael Dunavant issued a statement late Wednesday: "Included in our Constitution is the absolute power and authority of the President to grant Executive Clemency relief, and I understand and respect the President's decision to grant a commutation of Ms. Johnson's sentence."But he added, "Vigorous and consistent federal prosecution of violations of the Controlled Substances Act, including major drug trafficking organizations and money laundering schemes, are a top priority of this office and the Department of Justice, and we will continue to promote public safety and enforce the rule of law in the Western District of Tennessee by aggressively pursuing such cases."CNN's Jeff Zeleny and Laura Jarrett contributed to this report.

This story has been updated.

Mark Ruffalo plays twins in I Know This Much Is True, which looks at...

Fortnite Playground mode: When is Playground Mode coming? What is it? What time is...

Demi Lovato says no to Photoshop as she shares another bikini...

admin - December 30, 2017
0
Police in Wichita, Kansas shot and killed a man after being sent to a wrong address by a false repor..