This is one of many events in the true story behind "The Current War: Director's Cut," a historical drama that recreates the battle of technology and ideas that pit Thomas Edison and George Westinghouse as rivals.The film stars Benedict Cumberbatch as Edison and Michael Shannon as Westinghouse and is directed by Alfonso Gomez-Rejon. Many remember Edison as the inventor of the light bulb, but there's much more to the story of how America adopted electricity. There were other players in the game, a nasty media war, deaths and a dose of collusion. A Hollywood version of history seems as inevitable as harnessing electricity itself, but as usual, film takes some liberties with the facts. Here's "The Current War"-versus-history guide to the biggest plot points of the movie.

Film: Edison decides on DC power, but it's limited in range and expensive. Westinghouse contends AC would work over longer distances at significantly lower costs, and eventually work with motors. Fact: Edison invented a low volt DC system to power incandescent lamps, but there were drawbacks. High voltage, outdoor AC systems existed before Westinghouse was known for them, but he developed upon the technology so that it could be used for indoor lighting as well.

Film: Tesla is a Serbian immigrant futurist whose innovation potential lands him a job with Edison Electric. Tesla later leaves Edison's company and starts his own, hoping to surpass Edison. After arguing with investors about the merits of his AC motors, they fire him and say there'll never be anything named Tesla again. Tesla is robbed of his patents and left in mountainous debt before being hired by Westinghouse, who is impressed by Tesla's AC motors and transformers. 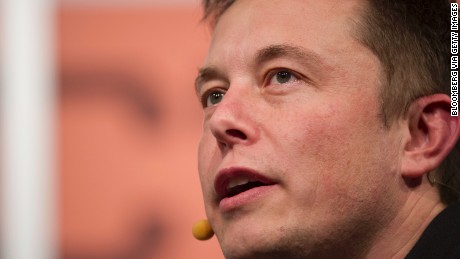 Fact: Tesla did initially work with Edison then leave because of a pay dispute. Due to little investor interest and other electric company mergers, Tesla's own company failed after two years. He then worked with Westinghouse with whom the only issue was over how to properly implement the AC system.

Film: Edison repeatedly disparages Westinghouse and his systems to the press. Westinghouse typically doesn't engage until Edison's claims become more pointed. Fact: This is true. Edison frequently diminished Westinghouse in the press and sent letters and pamphlets to media, government officials and companies and cities that were looking to buy Westinghouse's systems.

About those animal experiments

Film: Edison conspires with death penalty commission member Southwick Brown to perform horse electrocution demonstrations attempting to prove AC kills people. Edison tells the press they are "Westinghousing the horse" so that the harshness of the practice is associated with Westinghouse. The horse is killed instantly, then via montage, the movie alludes to other animals they experimented on, including elephants. Fact: Brown actually paid children to collect stray dogs off the streets of West Orange, New Jersey for the experiments. In demonstrations at Edison's New Jersey lab and Columbia University in New York, Brown subjected dogs, calves and horses to high volts of AC which killed them and proved the power of AC. Westinghouse felt the experiments were skewed. Brown refuted the claims and challenged Westinghouse to an electrical duel, in which Brown would submit himself to increasing shocks of DC power if Westinghouse agreed to the same but with AC power. Westinghouse ignored the challenge.

Film: After a series of botched hangings, Edison is solicited by Brown to develop the electric chair. Edison refuses because of his nonviolence principles but recognizes the potential to pin the invention on Westinghouse. Brown and Edison surreptitiously provide Westinghouse generators for theelectric chair. William Kemmler, a man sentenced to death for murder, is soon the first person to be executed via electric chair. The death was said to be a horrible one, but Brown, elated that it worked, said they "live in a higher civilization as of this day." Read More – Source

‘Queen of Weibo’ makes movies with a message

Fed hikes US interest rates in defiance of Trump

admin - December 20, 2018
0
The US Federal Reserve has defied Donald Trump to raise interest rates for the fourth time this year..

Pete Evans wants to turn your pet paleo too