Still, even in their diminished capacity, broadcasters offer many of the most-watched programs on television. And while the five English-language networks will trot out fewer new shows than at any time in recent memory, they have largely stuck with the practice of a "premiere week" — during which the lion's share of new series will make their debut — essentially ringing the dinner bell for viewers and hoping they'll return.So what looks appetizing on that menu, and what doesn't? Here's a quick breakdown of new shows that have been previewed, with reactions on which are worth sampling; those that didn't work for me, but might for somebody else; and the also-rans that don't merit the power it would take to program the DVR.It's a pretty charitable list, ordered by premiere dates within those brackets. (Missing from this breakdown: "WWE Smackdown," which moves over to Fox, but isn't technically new; and ABC's revival "Kids Say the Darndest Things With Tiffany Haddish.")

"Mixed-ish" (ABC, Sept. 24): ABC's second spinoff of "Black-ish" has a lot in common with CBS' "Young Sheldon," building a show around one of the key character's as a kid. In this case, it's Bow (here played by Arica Himmel), who must deal with being a mixed-race child in the 1980s — quite an adjustment after life on a hippie commune — with Gary Cole as her gruff grandpa, who steals pretty much every scene he's in."Evil" (CBS, Sept. 26): The creators of "The Good Wife" owe a sizable debt to "The X-Files" in this series about a priest in training ("Luke Cage's" Mike Colter) who enlists a psychologist (Katja Herbers) to join him in investigating cases of possession, trying to separate scientific facts from paranormal fiction. The formula is pretty basic, but there's enough mystery to keep an audience engaged, and the always welcome Michael Emerson in a tantalizing supporting role. The question is whether a smart writing team can continue to elevate what looks like a rather one-note show. 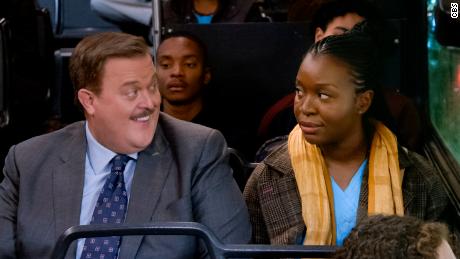 "Bob Hearts Abishola" (CBS, Sept. 23): A sock salesman played by Billy Gardell falls for the Nigerian immigrant nurse (Folake Olowofoyeku) that treated him in this romantic comedy from "Mike & Molly" producer Chuck Lorre, which crosses racial and cultural lines. The pilot feels sweet, but slight, with some good lines like, "There's a white man at the door. Tell me: When has that ever been good?""Prodigal Son" (Fox, Sept. 23): What if Hannibal Lecter was your dad? That's the basic premise of this Fox drama, which benefits from having Michael Sheen as the incarcerated killer, and Tom Payne ("The Walking Dead") as his son, now (sigh) an FBI agent."Emergence" (ABC, Sept. 24): Forgive skepticism about the prospects of another show about a mysterious kid with strange powers, but Allison Tolman as the local police chief who discovers her might make this one worth a second look."Stumptown" (ABC, Sept. 25): Cobie Smulders plays an army veteran who becomes a private eye — mostly out of necessity — in this off-kilter drama adapted from a graphic novel, which has the feel of a cable show but relies almost entirely on that character to hold your interest."The Unicorn" (CBS, Sept. 26): Walton Goggins moves into comedy mode as a widowed dad who is catnip to women, but leery about dating again, with a circle of friends prodding him on, including married pals living a little too vicariously through his prospects. It's familiar but breezy fun, at least in the pilot."Sunnyside" (NBC, Sept. 26): Kal Penn plays a reluctant tutor to a diverse bunch studying to become American citizens, in a light-hearted series that seems better timed than it does executed."Bless the Harts" (Fox, Sept. 29): The producers of "The Lego Movie" join with writer Emily Spivey on this animated comedy about a poor Southern family, whose matriarch (voiced by Kristen Wiig) occasionally converses with Jesus (Kumail Nanjiani) about her problems. It's quirky, but that one irreverent touch notwithstanding, basically feels like a thin version of the much better "King of the Hill." 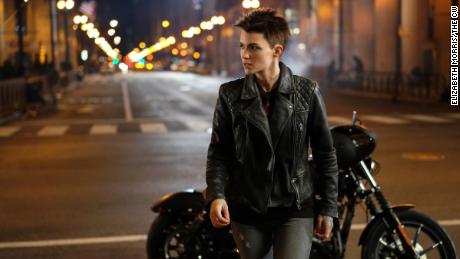 "Batwoman" (CW, Oct. 6): Ruby Rose plays the title character — a.k.a. Kate Kane, who picks up the cape and cowl from her long-missing cousin — in this latest addition to the CW's superhero stable, which despite the breakthrough of the being the first superRead More – Source

A man wore what appeared to be a KKK white hood...

‘You can leave’: Trump steps up war of words amid race...

A YouTuber and his friend were arrested and jailed near Area...

admin - October 29, 2018
0
Jess and Dom are officially husband and wife (Picture: GC Images) Congratulations are in order for L..